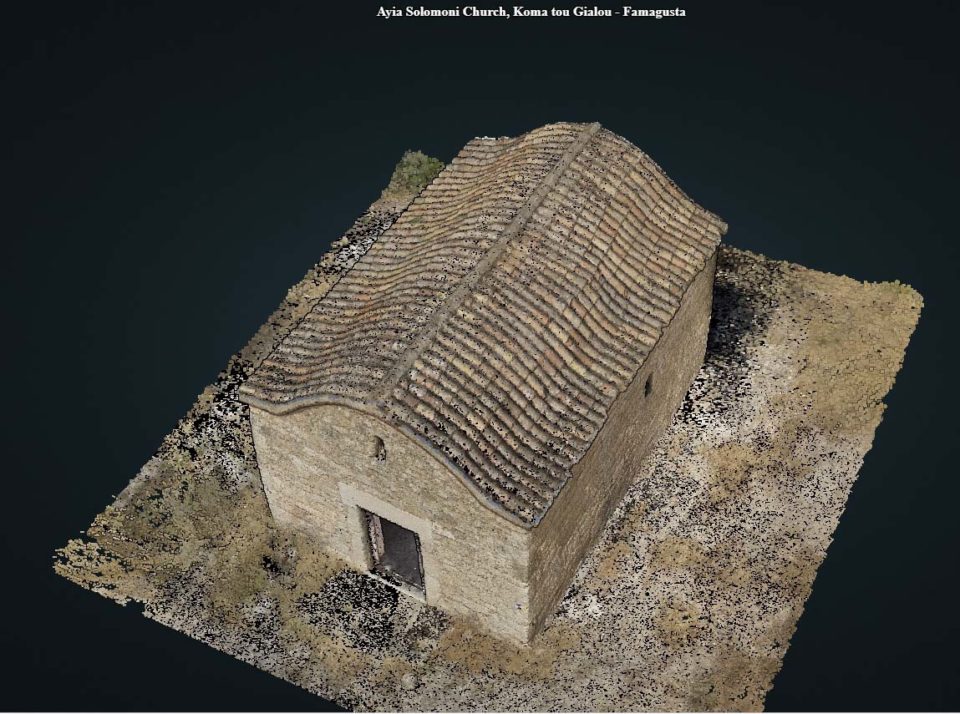 The Cyprus Institute (CI), in collaboration with the Byzantine Museum of Nicosia, has been tasked by the department of antiquities to digitally document the churches of Ayia Solomoni at Komi tou Yialou, Panayia Pergaminiotissa at Akanthou, Panayia Apsinthiotissa at Syghari, and the Christ Antiphonitis Church at Kalograia, all in the north of the island.

CI said that following the Turkish invasion, looters stripped many of the churches, removing an estimated 15,000 to 20,000 icons and several dozen major frescoes and mosaics, intending to sell them illegally on the antique market. The churches in the study were among those affected.

Fragments of those churches’ frescoes have been repatriated and were digitally documented through high-resolution orthophotos.

The virtual re-composition of the frescoes along the looted walls helped quantify the missing parts, correctly re-locate virtually each fragment at its original position, obtain accurate colour information, and prepare a digital musealisation product to be included in the permanent exhibition display at the museum, which will feature a 1:1 scale reproduction of the church walls, CI said.

It added that the CI team responsible for the data collection consisted of Dr Dante Abate and Marina Faka, who visited the Ayia Solomoni church last month together with the Curator of the Byzantine Museum, and found out that the vandalism continues.

The damage to the apse has been recorded and can now be visualized through a 3D online model: (http://ephemera.cyi.ac.cy/sites/ephemera/3D1/ayia_solomoni.html).

At the following link, visitors can virtually explore the churches through the EpHEMERA database, which is a repository of 3D models of endangered architectural and archaeological heritage in the Eastern Mediterranean area: http://ephemera.cyi.ac.cy.

Drug smuggler who transported 64kg of cannabis jailed for 14 years