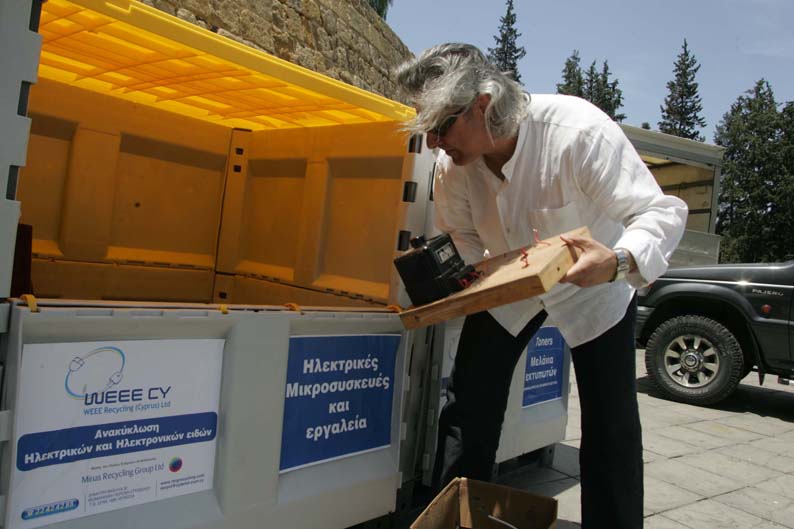 He said the organisation, set up by the Cyprus Chamber of Commerce and Industry in 2007, and which cooperates with Green Dot, was intensifying its efforts aiming at persuading consumers that recycling batteries is a must.

In an interview with the Cyprus News Agency, Christodoulou says that Afis had managed to achieve a lot in the space of a decade.

“Every year, we manage to collect even more batteries for recycling,” he said, adding in 2018 they collected 77 tonnes of batteries.

“Our effort is to collect 105 tonnes of batteries, which constitutes an EU goal, according to the quantities imported in Cyprus every year,” he said.

He said the organisation was satisfied with “the continuous upward trajectory of battery collection.
“Nothing would have been possible without the help of the Cypriot people. Thanks to the efforts of the public every year we manage to collect even more,” he said.

Christodoulou says that once the batteries are collected from Afis bins they are temporarily stored in special containers situated in a central storage facility on the basis of the specifications provided for in the relevant legislation and licences issued.

“Once a load of approximately 20 tonnes is complete, then it is exported in EU licensed units abroad to be managed,” he explains.

On the basis of current legislation, he says, at least 45 per cent of batteries available in the market should be collected.

“It goes without saying that our efforts on a communications level will become more intensive, more systematic, more methodical in order to be able to meet the high targets set by the EU,” Christodoulou said.

He said the organisation’s primary goal was to increase the number of batteries collected for recycling.
“We want to persuade all citizens about the importance of recycling batteries,” he added.

Christodoulou said the implementation of programmes such as ‘pay as you throw would also help Afis meet its targets because it would oblige people who do not recycle to do so.

Asked whether he thought Cypriots were sufficiently aware of recycling, he said they were.

A poll in 2018 on behalf of Afis found that eight in ten Cypriots recycle their batteries.
“This is very encouraging as an indication of public feeling,” he said. “Our goal is to manage to persuade all Cypriots that recycling batteries is a must.”

After two escapes, ‘El Chapo’ may go to Supermax prison to avoid a third