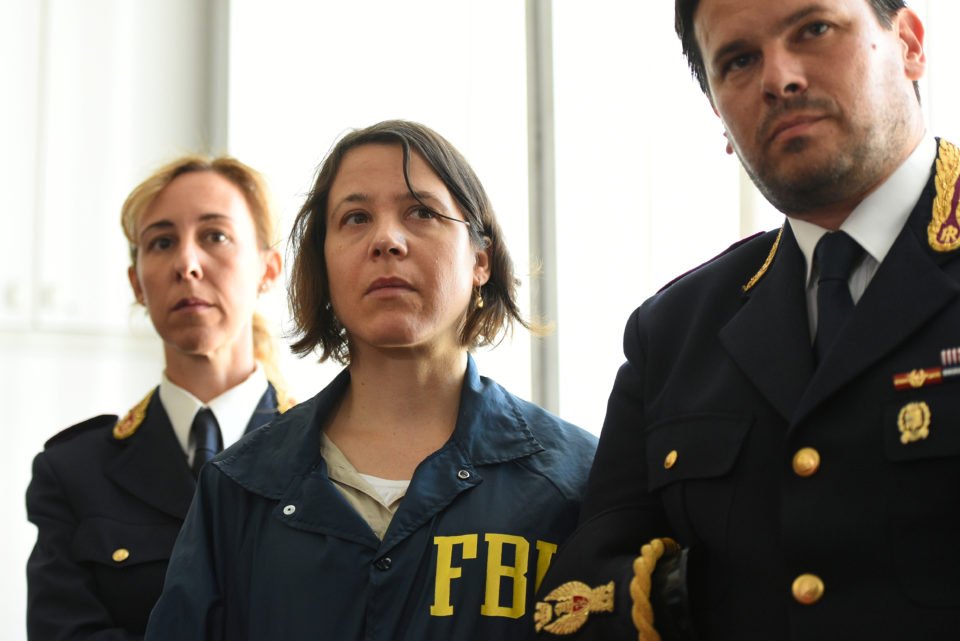 Agents attend a news conference after a coordinated crackdown with U.S. police against major crime families looking to rebuild their mafia powerbase in Palermo, Sicily.

Italian and U.S. police have launched a coordinated crackdown on a Sicilian Mafia family that was seeking to rebuild its power base after years of exile in the United States, Italian investigators said on Wednesday.

More than 200 police, including officers from the U.S. Federal Bureau of Investigation (FBI), arrested 18 people in Sicily as part of their investigation into the Inzerillo clan in the island’s capital Palermo and the allied New York-based Gambino family.

A 19th suspect is being sought in the United States.

Sicily’s organised crime group, known as ‘Cosa Nostra’ (Our Thing), has been in a state of flux since 2017, when its boss of bosses Salvatore “Toto” Riina died in prison, where he had spent almost a quarter of a century.

Riina launched a ferocious mafia war on the Mediterranean island in the 1980s, chasing the Inzerillo family out of their stronghold in the Palermo suburb of Passo di Rigano and into self-imposed U.S. exile.

The family has since looked to reclaim its old business, police said, helped by influential allies in New York.

There was no immediate comment from either the Gambino or Inzerillo families.

The Gambinos are one of the five historic Italian-American Mafia families in New York. Past charges against family operatives have included murder, loan sharking and illegal drug distribution.

The reported crime boss of the family, Francesco “Franky Boy” Cali, was gunned down in front of his Staten Island home in March – a killing that deeply alarmed the Inzerillo clan.

Italian police said the suspects arrested on Wednesday faced a string of charges, including membership of the mafia, aggravated extortion, fraud and “unfair competition”.

Amongst those detained was Salvatore Gambino, the mayor of a village near Palermo, and Tommaso and Francesco Inzerillo, close relatives of Salvatore Inzerillo who was killed by Riina in 1981.

Once all-powerful on Sicily, the Cosa Nostra has been squeezed over the past two decades, with many bosses jailed, businesses sequestered and locals increasingly ready to defy it.

Prosecutors have warned repeatedly that the group is looking to rebuild.

The state’s fight against the Mafia got serious in 1992 after the group murdered two of Italy’s top magistrates, Giovanni Falcone and Paolo Borsellino, triggering national outrage and finally forcing complacent politicians to act.

Undersecretary-General for peace operations to visit