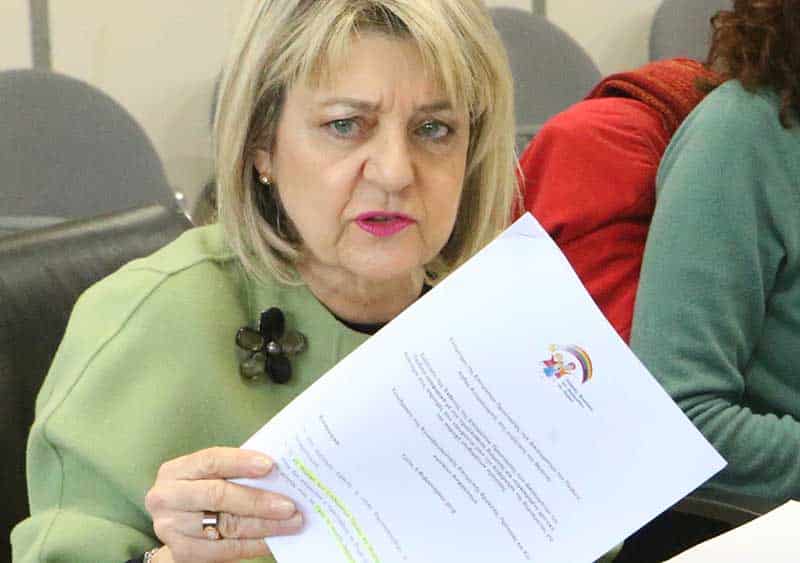 Children’s Rights Commissioner Leda Koursoumba said that she had found a number of violations of the rights of two children, one with visual impairment, the other with mobility issues who were denied state aid because their parents are third-country nationals.

According to her report on access to social provision schemes of children with impairments, the commissioner said she investigated two complaints.

The first complaint concerned a six-year-old child with visual impairment who was born in Cyprus and attends the School for the Blind. The mother of the child is a third-country national and has been working in Cyprus for the last 18 years.

The child was born blind and presented a number of conditions including microcephaly, absence of speech and movement difficulties, and needs support from another person to move about.

The child is the beneficiary of the Guaranteed Minimum Income (GMI) as a disabled child but was not deemed eligible for any benefit through the schemes handled by the Department of Social Integration of Disabled Persons (TKEAA), such as special sponsorship for blind people, wheelchair, disability parking card and other benefits as the child does not fall to the categories provided for in the relevant legislation and benefit plans.

“The child’s lack of access to these social benefits has an adverse effect,” the commissioner said, adding that the mother was forced to carry her child around on her back.

The second complaint concerns a four-year-old, a third-country national whose father works in Cyprus. The child has been in Cyprus for the past three years.

The family applied for a disability parking card as their child cannot walk but was rejected by TKEAA.

In a letter, the department lists the recipients of the blue parking card without giving any reasons for rejecting the application in question. The letter points out that the blue parking card is only granted to citizens of the European Union. The family said in the complaint they filed with the commissioner’s office that daily shopping and going to schools and services were very difficult because of the failure to obtain the parking card.

Koursoumba said she found a series of violations of these two children’s rights including the four main principles of the UN Convention on the Rights of the Child, but also of national law.

“The two children were left exposed to conditions of violence,” she said. She explained that the absence of structures that would remove the obstacles that make it difficult for both children to participate effectively in all sectors of society is recognised as a form of indirect violence while disrespecting and violating the dignity of the two children is a form of direct violence.

Koursoumba said she was not in agreement with the head of the TKEAA who had justified the department’s decisions not to approve the applications in those two cases, citing the law.

In the case of the six-year-old, Koursoumba said, that a child cannot be deprived of social benefits because of his or her extraction or duration of residence in the country. She also said the child was being deprived access to basic social provisions due to residence status and nationality.

As regards the case of the four-year-old, she said that refusal of the child’s application for a parking card because it is in Cyprus under the ‘visitor status’ cannot be justified either by the European Directives or by the law on disabled persons.

She added that the law does not exclude granting such parking cards to children with different status.

Response to Akinci proposal to be sent in a week