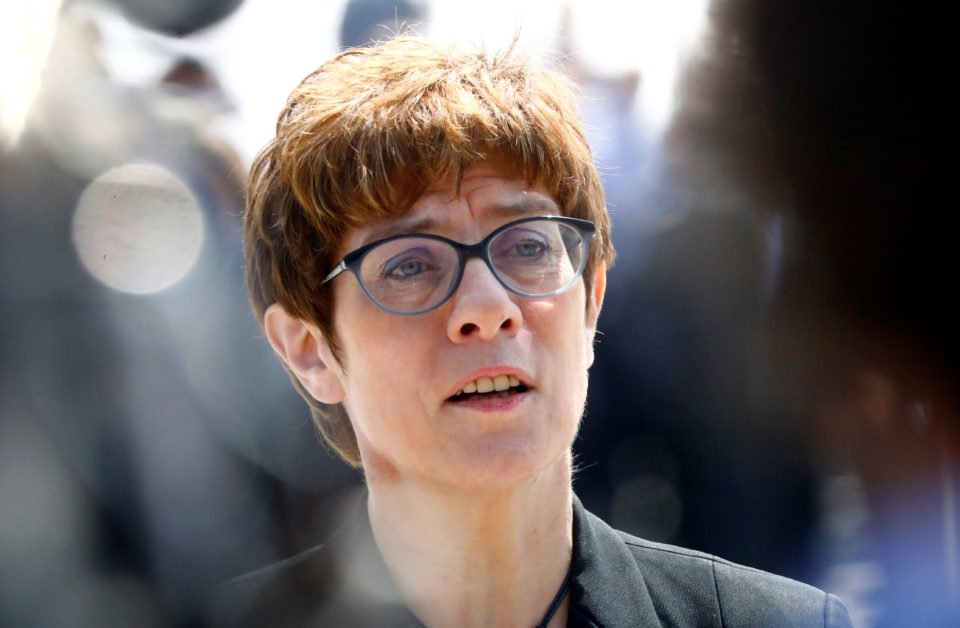 Chancellor Angela Merkel’s protegee, Annegret Kramp-Karrenbauer, took over as defence minister on Wednesday, entering the cabinet in a move likely to make or break her chances of succeeding her mentor as Germany’s leader by 2021.

The decision had Merkel’s blessing. The chancellor, who turned 65 on Wednesday, aims to stage-manage her gradual exit from politics and hand over power to Kramp-Karrenbauer, who replaced her as chair of their Christian Democrats (CDU) in December.

Kramp-Karrenbauer’s political fortunes have waned after a series of gaffes this year, and the defence portfolio is bound to boost her profile. But the move risks backfiring as she inherits the task of reviving a demoralised and under-equipped Bundeswehr plagued by scandals and right-wing extremism.

“Minister and party chief – is (doing) that even possible?”, Mass-selling daily Bild asked on Wednesday.

Carsten Nickel, deputy director of research at consultancy Teneo, for one thinks it should be. “She will serve in one of the most challenging posts but has won the opportunity to grow beyond party politicking and gain stature in European and global politics,” he said.

Her supporters feel the CDU chair alone will not give her enough of a platform.

But Kramp-Karrenbauer, 56, whose governing experience is limited to a stint as premier of the tiny state of Saarland, promised earlier this month to stay out of government, saying “there is enough to do in the CDU”.

On Wednesday, against a backdrop of uncertainty about the chancellor’s own future, Merkel’s heir apparent told reporters she was “very much looking forward to” her new role.

She takes charge of a ministry that has proven a poisoned chalice for several recent predecessors, facing the additional pressure of demands from U.S. President Donald Trump for Germany to boost its military budget.

Kramp-Karrenbauer brings no defence experience, but comes with a track record – albeit brief – of pushing the military’s case. In March, she said Germany’s credibility with its NATO partners was at stake unless it raised defence spending.

The post demands first class political acumen: without being seen to give in to Trump, she must press for spending hikes that the CDU’s Social Democrat coalition partners want to limit – while making a better fist than von der Leyen of cleaning up the armed forces and boosting morale and military readiness.

With the defence job, she also ties herself to the binds of cabinet loyalty – while as CDU chair she must still mastermind the party’s strategy for three autumn regional elections in Germany’s east, in which success is crucial to her prospects.

Meanwhile, a debate among some Christian Democrats about whether Merkel should pass power to Kramp-Karrenbauer before 2021 has been fired up by bouts of shaking that the chancellor, in office since 2005, has suffered at public ceremonies in recent weeks.

However, sources in Merkel’s conservative camp said neither she nor Kramp-Karrenbauer wanted to change the schedule that would see Merkel serve as chancellor until Germany’s next scheduled federal elections.

Tourist arrivals fall in June, and in the first six months