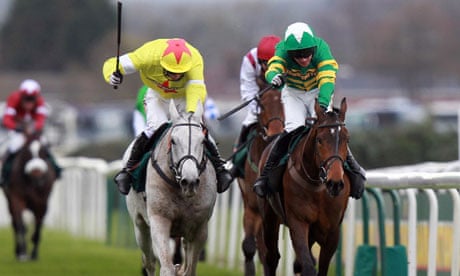 The emotive subject has made headlines again in recent weeks

Middleham trainer Mark Johnston on Wednesday offered an impassioned defence of the use of the whip in racing, as debates over its future in the sport continue to rumble on.

The emotive subject has made headlines again in recent weeks, after Hayley Turner was handed a nine-day suspension and £1,600 fine for using her whip above the permitted level aboard Sandringham winner Thanks Be.

Thanks Be’s trainer Charlie Fellowes later said he believed the current rules are wrong and his filly should have been disqualified – and there have since been calls for the whip to be banned altogether.

However, speaking during a media morning to promote Glorious Goodwood, record-breaking Johnston gave a different view.

“It’s a very complex and difficult subject. In 1996 Bijou D’Inde was in a three-way finish with Mark Of Esteem and Even Top in the 2000 Guineas and all three jockeys got done for excessive use of the whip. That was the beginning of it.

“The big mistake was pandering to the anti-whip people and thinking, ‘if we put a number on it and start banning jockeys, that will satisfy these people’, but it was the beginning of a slippery slope to where we are now.

The most successful trainer of all-time in Britain in terms of winners, Johnston views the whip as an essential tool in racing – and believes it would actually be more dangerous for horses were jockeys not allowed to carry them during a race.

He added: “You’re talking about a flight animal that needs something to induce the flight response.

“All these things are nature’s way of protecting that horse in the finish, and I think our horses are more at risk of injury without the whip.

“The BHA (British Horseracing Authority) is already going to Cheltenham and trotting horses up, so now you’re looking for the fastest and the soundest – two criteria.

“If you take away the whip, you’re looking for the fastest, soundest and most willing – you’ve then got three criteria and it’s no longer the thoroughbred.

“It’s the beginning of the end and it breaks my heart to think about it. Thankfully I won’t be here, but I don’t want to see my horses racing without whips.”

Painting exhibition about painting itself