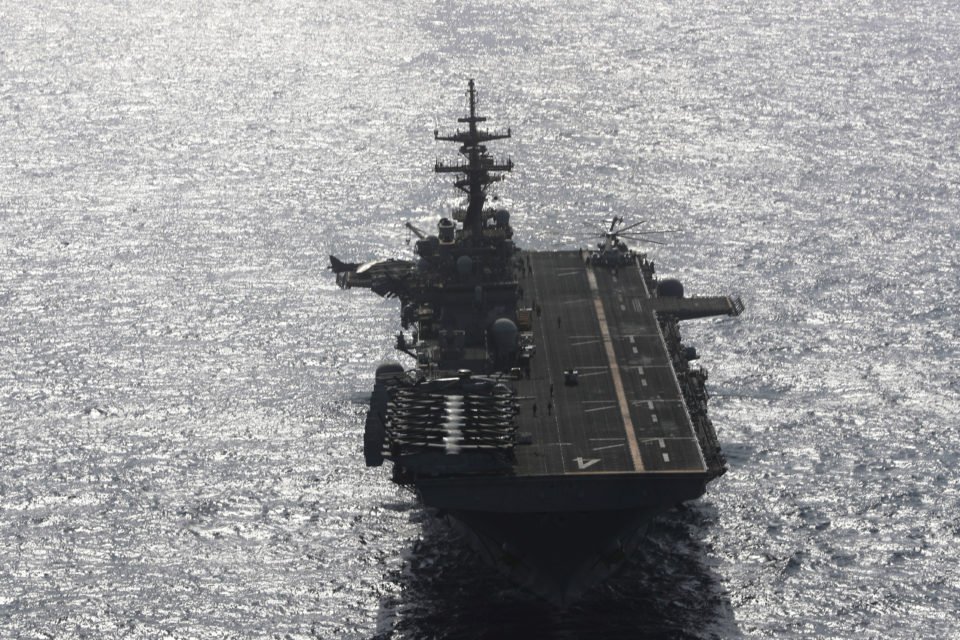 USS Boxer ship sails in the Arabian Sea off Oman.

Iran’s Revolutionary Guards has seized a foreign ship smuggling fuel in the Gulf, state television quoted Iran’s elite force as saying in a statement on Thursday.

“A foreign vessel smuggling one million litres of fuel in the Larak Island of the Persian Gulf has been seized,” the station said, adding that the ship was seized on Sunday.

Iranian state TV earlier said the seized vessel was the same one Iran towed after it sent a distress call on Sunday, but there was no confirmation of this in the statement issued by the Revolutionary Guards about the impounded vessel.

The Guards, who have yet to name the vessel concerned, said they had seized no other ship in the Gulf.

Iranian navy vessels came to the assistance of a disabled foreign oil tanker in the Gulf that needed repairs, Iran’s foreign ministry spokesman was quoted as saying on Tuesday by the semi-official news agency ISNA.

‘It’s a really powerful time to be a teenager’