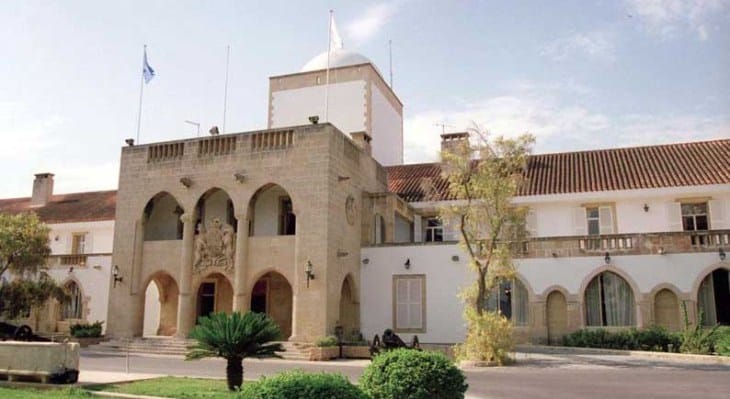 THE government took a swipe on Wednesday at Auditor-general Odysseas Michaelides calling his office’s audit report on the presidency misleading and full of generalisations.

The audit report, published on Wednesday, points out a number of issues that need to be addressed by the presidency such as lack of regulations on the salaries and appointments of the president’s advisers, the service duration of civil servants seconded to the presidential palace and purchases of air tickets outside of normal procedures.

The report said that the duration of some of the civil servant secondments to the palace was very long, reaching in some cases eight years. In such cases, the report said, it should be looked into whether the posts of these persons in their respective ministries ought to be abolished.

According to the report, the budget for conferences and seminars abroad, which was set at €252,000 in 2017, skyrocketed to €1m.

The report also found problematic that air tickets were being purchased from various travel agencies without first requesting quotes. Despite the fact that the cost of tickets exceeded €5,000 in some instances, no written or verbal quotes had been requested. The report said that quotes must be requested every time from at least three travel agencies and not the same ones every time either.

It also pointed out that there was insufficient updating of service cars’ log books, non-compliance with the regulations on checks on the time staff arrives and departs from work, and that artworks were not properly protected.

Government Spokesman Prodromos Prodromou later in the day expressed regret that the auditor-general’s observations were based “on insufficiently clarified information and/or generalisations.” He also said it was unacceptable to create misleading, even false impressions.

To set the record straight, the head of the presidency’s management, Theodosis Tsiolas, issued a written statement giving explanations to each point mentioned in the report.

Among other things Tsiolas said that the increase in the conferences and seminars budget was solely due to developments on the Cyprus problem and the two conferences on Cyprus at the time.

“The additional expenses concern, among other things, missions to Geneva and Crans-Montana,” he said.

As regards procedures for the purchase of air tickets, he said, the presidency has prepared a list of travel agents that are in a position to respond to the particular needs that arise in cases of transatlantic trips or other large and important missions abroad and are called for their services in rotation.

“It must be made clear that the procedure of securing quotes is always possible to the letter when the services purchased concern the President of the Republic due to the frequent and usually unpredictable changes dictated by his obligations,” he said.

He added that the tender procedure was being followed as of this year concerning trips abroad by other high-ranking officials and presidency staff when the services required are expensive. In addition, the presidency has created a company account with airlines to reduce the cost of the services in question, and utilise the points / miles that can be earned for each air travel, he said.

Concerning the president’s advisers, Tsiolas said that the issue relates to the law on the budget and it is being followed to the letter. He added that the same practice is followed by the House President, deputies and cabinet ministers.

“It was deemed that for reasons of confidentiality, discretion, and the same political philosophy, state officials should have the option of choosing their associates for themselves,” Tsiolas said.

Amazon under EU antitrust fire over use of merchant data

Our View: Using the law of necessity only when it suits