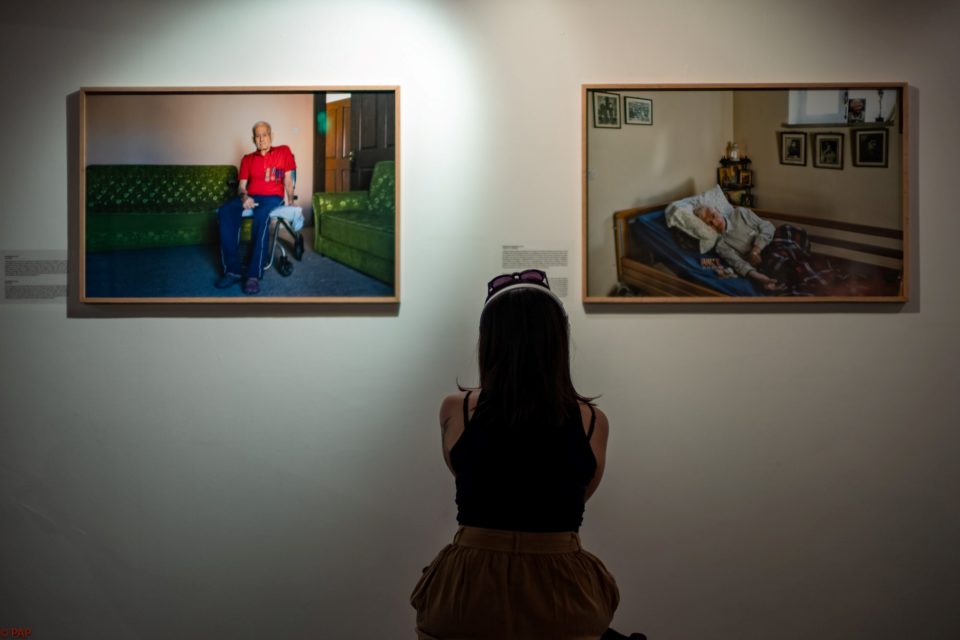 Images and traces of the humble heroes of WWII are the focus of an ongoing exhibition at the Bank of Cyprus Cultural Foundation that focuses on the stories of those from Cyprus and Greece who took part in the fight against the Axis powers.

1940: People and Images presents evidence drawn from historical research of World War II, including the participation of Cypriot volunteers and the significant aspects of the Greek resistance.

Greece and Cyprus both paid a heavy toll in WWII, offering thousands of soldiers and civilians in the fight for human freedom against fascism and Nazism.

The exhibition begins its tale in 1939, with the establishment of the Cyprus Regiment and the Cyprus Volunteer Force serving with the British Army against the Axis power. Cyprus was the first British Colony to deploy men to WWII operations, beginning in France.

This followed a call on September 8, 1939 by the Governor of Cyprus, William Denis Battershill for 500 Cypriots to join the British Army as car drivers and engineers. In February 1940 the Cyprus Regiment and Cyprus Volunteer Force were created and by 1945 a total of 30,000 Cypriot volunteers had enlisted, which corresponded to more than 10 per cent of the population of Cyprus.

The exhibition does a great job of showing how these people were recruited with newspaper articles from 1940 calling for volunteers to join the war, letters from soldiers arriving at their assigned post, and official army uniforms worn by the soldiers.

With the contribution of Greece widely recognised through its victory against Mussolini’s army in 1940 – which led to the famous quote by Winston Churchill “Hence we will not say that Greeks fight like heroes, but that heroes fight like the Greeks” – and its courage and braveness against Hitler’s army in 1941 delaying the Nazi attack on the Eastern Front also led to hundreds of Cypriots asking to join the Greek army.

The men of the Cyprus Regiment served on several warfronts around the world, including France, Greece and Crete, Northern Africa, Palestine and Italy, during which, according to the exhibition, at least 35 Cypriot prisoners of war died of extreme hardship or were executed.

Alongside pictures and other artifacts such as letters of worried mothers searching for their missing sons, the exhibition provides recorded messages of the Cypriot soldiers who survived the hardship and torture of war. Their stories are truly horrifying.

It wasn’t just the men though. The exhibition also pays tribute to the approximately 800 Cypriot women who engaged in auxiliary services in the ATS (Auxiliary Territorial Service), mostly as nurses. The women of Cyprus also joined the Women’s Auxiliary Air Force in 1943.

Exhibition tracing the participation of Cyprus and Greece in the 1940 battle. Until December 31. Bank of Cyprus Cultural Foundation, Nicosia. Monday-Sunday: 10am-7pm. Tel: 22-128157