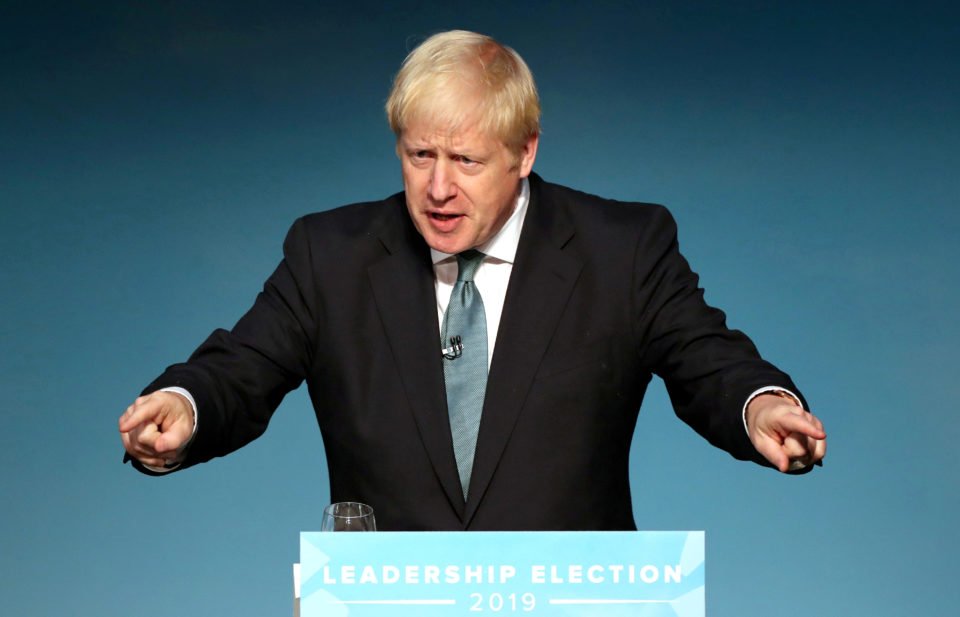 Challenges to Boris Johnson’s desire to lead the country through Brexit were further laid bare when a minister suggested he could vote to pull down his government if it pursues no deal.

The Conservative frontrunner in the race to become the next prime minister said he is willing to leave the EU without a deal as part of his “do or die” commitment to leave by the Halloween deadline.

But Parliament has shown itself to be hostile to the move, with Tory rebels voting to make the pursuit more challenging.

Health minister Stephen Hammond signalled on Friday that he would be willing to vote down a Johnson administration in a no-confidence vote if it pursued a deal-less departure.

Asked whether he was prepared to press the “nuclear button” with such a vote, he repeatedly cited putting the national interest before personal ambitions.

“I hope we never get there, but I think a lot of people were taught that you must put the interest of the country before yourself,” the Tory MP told BBC Radio 4’s Today programme.

“I don’t think we will get there actually, and I’m pretty certain, as a Conservative, that I would be very, very, very cautious about ever doing that.”

He added: “I think it’s really important that, at this historic stage in this country’s lifetime in modern politics, that politicians put aside any of their own personal ambitions or views and actually make sure they do the right thing as they see it for the country.”

But he said he would be “very happy” to serve in Mr Johnson’s government if the former foreign secretary pursues a deal.

Mr Hammond dissented from the Government on Thursday by abstaining in a Commons vote that ensures MPs will sit throughout October, making the pursuit of no deal more challenging.

Mr Johnson, unlike his underdog rival Jeremy Hunt, has refused to rule out suspending Parliament in order to force through no deal against their wishes.

The quartet could pose a challenge to Mr Johnson if he was to win the leadership race and struggle with an administration propped up by the DUP.

The Government’s majority could be reduced to just three if the Conservatives fail to hold Brecon and Radnorshire in the August 1 by-election.

But Jacob Rees-Mogg, an ally of Mr Johnson, poured cold water on the significance of the Commons vote.

“Something that was never going to happen is now slightly harder to do,” he told Today.

The Tory MP also suggested the likelihood of a successful no-confidence vote was slim, accusing MPs of trying to “bluff” their way to preventing Brexit.

Either Mr Johnson or Foreign Secretary Mr Hunt will become PM on July 24, the day after the result of the Tory leadership contest is declared.