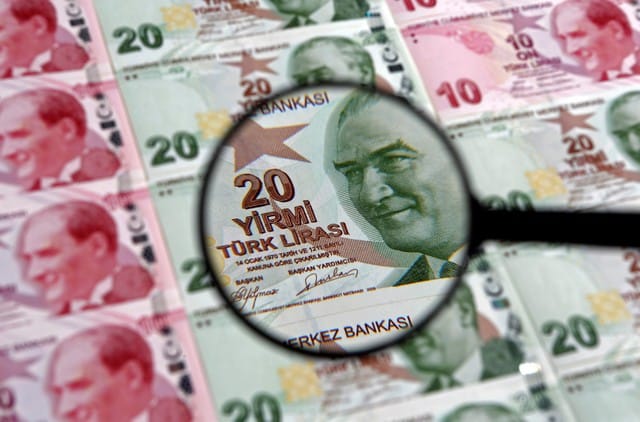 President Tayyip Erdogan’s abrupt decision to sack Turkey’s central bank governor Murat Cetinkaya came after months in which they had not met and was precipitated when Cetinkaya rebuffed requests in June for a 300 point rate cut, three sources said.

Erdogan has made no secret of his hostility to high interest rates which, contrary to orthodox economic thinking, he says drives up inflation. He has said Cetinkaya was ousted because the former governor had not followed instructions.

Accounts from three sources with knowledge of the matter – speaking just days before the central bank’s next rate decision – offer fresh details of a fraught relationship which finally ended when Cetinkaya’s sacking was announced shortly before dawn on a Saturday morning two weeks ago.

The governor had overseen interest rate hikes of 11.25 percentage points last year as Turkey battled a currency crisis and rising inflation. These included an eye-watering 625 basis point rise in the benchmark rate to 24% in September.

That stemmed the meltdown in Turkey’s lira and helped bring inflation down from a 15-year high of 25% in October. But it came at a cost as the economy tipped into recession.

Erdogan had already voiced concern about previous rate rises, and from the middle of last year appeared to end direct contact with Cetinkaya, the sources said.

“As far as I know, there has been no contact between Erdogan and Cetinkaya for about a year,” said the first source familiar with the issue.

Other measures also caused friction between Treasury and Finance Minister Berat Albayrak and Cetinkaya, the sources said. They included moves to support government finances by transfering central bank dividends to the treasury ahead of schedule, caps on the interest rates that state banks paid to depositors, and amendments to banks’ required reserves.

“The differences in opinion resulted in increased tension between the minister and the governor, and a breakdown in communication,” said a second source with knowledge of the contacts between the ministry and the bank.

Cetinkaya has made no public comment since his July 6 ousting. Treasury officials said the comments by the three sources were incorrect.

An official at the Turkish presidency said: “The president has explained his view in public, there is nothing more to say.”

The issue came to a head in the buildup to the central bank’s June 12 interest rate setting meeting.

“I know that there was a demand to the central bank for a rate cut of 300 basis points in June, and they were asked to continue cutting in July,” said the first source. A third source confirmed the 300 basis point request.

When the monetary policy committee met, however, it decided by four votes to two to keep rates unchanged, the third source said.

“Many factors including the state of the economy, data – especially inflation – and the local election were effective in this decision being taken,” he said, referring to the re-run of an Istanbul mayoral election that the opposition won on June 23.

“It was this incident that brought the crisis to a climax,” the second source said. “When no rate cut decision was made, they decided not to continue with Cetinkaya”.

The source said both Erdogan and Albayrak had sought Cetinkaya’s resignation after the June decision. When he stood his ground, citing the central bank’s independence, “the decision for his removal was made”.

Four days after Cetinkaya’s dismissal, Erdogan publicly set out why he was removed.

“We believed that the person who was not conforming to instructions given on this subject of monetary policy, this mother of all evil called interest rates, needed to be changed,” the president said in a speech.

Cetinkaya’s departure ironically came just as economists were expecting the bank, under his leadership, to start reducing rates.

A Reuters poll of 16 economists ahead of the June 12 meeting which held rates unchanged showed 12 of them expected cuts to start this year – two predicted the first reduction in June, five opted for July 25, and five opted for September or October.

“A cut in interest had become a market expectation for the meeting in July,” the first source said. In those circumstances, Cetinkaya wanted to stay on, at least for a while, so he could leave office with Turkey “in a better macro-economic situation”.

Cetinkaya’s replacement, deputy governor Murat Uysal, fuelled expectations that his first monetary policy meeting as chief will approve a cut when he said on Monday that the bank had room for manoeuvre on monetary policy.

Uysal also told state-owned Anadolu news agency that it was important to look at the level of real interest rates. With Turkey’s benchmark rate now more than 8 percentage points above the country’s 15.7% inflation, that suggests Uysal sees room for monetary easing.

A Reuters poll on Friday showed economists now expect the Central Bank at its July 25 meeting to cut rates by 250 basis points to 21.5