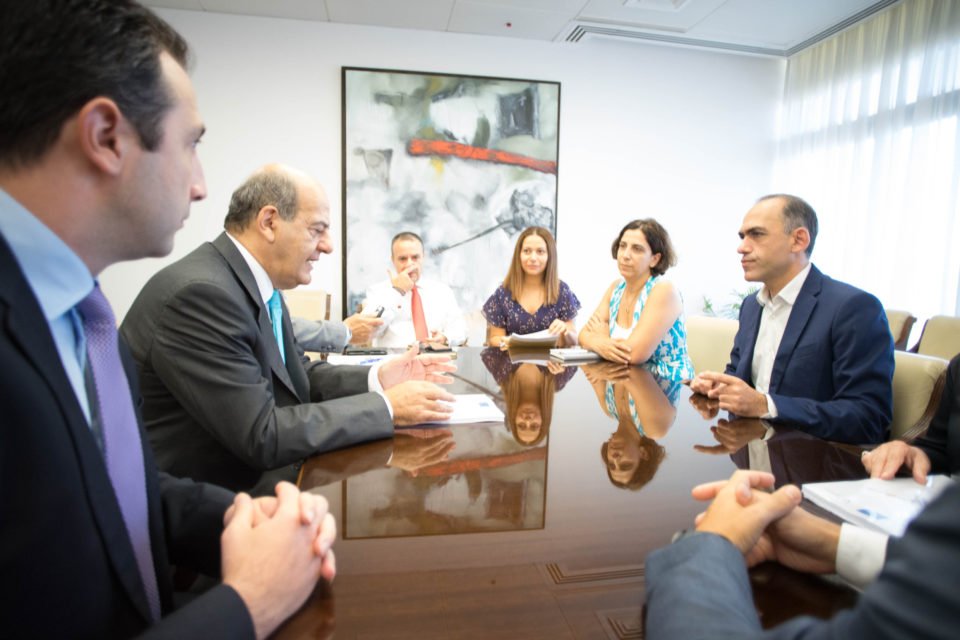 The 179-page report, the first-ever analysing the island’s competitiveness was prepared for the government by the Economy and Competitiveness Council, which was set up in June 2018, found overall, competitiveness, as reflected in several international benchmarking reports and indicators, was not satisfactory.

“Although progress has been recorded over time in certain areas, Cyprus lags behind some benchmark countries and the EU average when it comes to indicators of productivity, international trade and foreign direct investment,” said Takis Klerides, the chairman of the Council in the introduction to the report.

He said the first of its kind for Cyprus, the report assesses the country’s competitiveness performance and its determinants. It identifies key challenges and provides suitable policy actions to tackle them and is designed to be an important resource for policymakers and for broader discussion.

Rather than focusing on competitiveness outcomes, it places major emphasis on the identification and assessment of the factors that explain Cyprus’ competitiveness in great detail.

The analysis in the report is based on more than 150 indicators and on benchmarking Cyprus’ competitiveness performance over time and against twelve benchmark countries, including Europe’s top performers, as well as the European Union average.

These countries are Denmark, Estonia, Finland, Germany, Greece, Ireland, Malta, the Netherlands, Portugal, Slovenia, the UK, and Israel, as the only non-EU country.

The analysis provides recommendations on areas to address in order to tackle the key identified competitiveness issues that will be taken into account in formulating policy proposals to the government.

In his foreword, Finance Minister Harris Georgiades said: “We need to unleash the productive potential of our economy, with less bureaucracy, more efficiency and upgraded competitiveness.”

“In this effort, continuous policy development as well as monitoring and benchmarking Cyprus’ performance is necessary for steering actions towards a more attractive business environment and more efficient functioning of the economy,” he added.

According to the report itself, Cyprus performs reasonably well in leading international competitiveness rankings without being a top-performing country.  Over the years, it said Cyprus’ position has fluctuated considerably and suffered a setback during the 2012-13 fiscal and banking crisis and its aftermath.

Despite its headline growth performance, the island is generally positioned below the EU average for competitiveness outcome indicators, even though it is typically on a similar level or even above Eastern and Southern EU benchmark countries such as Estonia, Slovenia, Portugal, Malta, and Greece.

Strengths are that business-related costs are low with labour costs below the EU average. Cyprus also has amongst the lowest rental costs for private and retail accommodation.

“Conversely, non-residential electricity costs and costs for high-speed broadband internet access in Cyprus are among the highest of the benchmark countries. These higher costs seem to reflect structural factors, such as the reliance on imported fuel supplies and small market size.”

And, although the indicator analysis shows some weakness in the business environment, the report said that many were well recognised by Cypriot policymakers, businesses and wider society.

“Nonetheless, it is reasonable to ask whether current or proposed policy measures are adequate or need further reinforcement.,” it added. “In many instances, it appears that the main issue for public policy is less the need for new measures but rather, improved implementation of existing ones through further coordination, monitoring and evaluation to enable fine-tuning.”

The report makes clear that Cyprus shows the need for improvement in entrepreneurship and firm dynamism, including the share of innovative enterprises.

Within companies, the proportion of employees engaged in entrepreneurial activities such as developing new products or setting up new business units was low. And, even if indicators of entrepreneurial attitudes, aspiration and intention were similar to many benchmark countries, “this does not appear to translate into a particularly dynamic business sector”.

It said weak entrepreneurship could be linked to several underlying contributing causes. To some extent, cultural and social attitudes—expressed, for example, through a preference towards employment in the family business or in established companies and the public sector providing a structured career path—appear to play a role.

On top of that, low rates of adoption of digital technologies are associated with lower productivity growth potential and long-term growth prospects, alongside negative spillovers from reduced opportunities for trade and foreign direct investment attraction, the report concludes.

“Evidence from the indicator analysis, together with stakeholder interviews, paint a mixed picture of Cyprus’ human capital situation. On one hand, Cyprus invests heavily in education when measured as a share of GDP and the workforce is well-educated and capable,” it added.

On the other hand, it said, stakeholders, point to gaps and shortages in some key areas, notably for more technical and specialised skills, especially those associated with new and emerging non-traditional sectors and economic activities. This is reflected, more generally, by indicators of skills mismatches, both in terms of apparent over-qualification of workers and the correspondence between the area of education and sector of employment.

“These findings point to issues concerning the quality and effectiveness of the education system, and its alignment with more sector-specific needs, and the types of skills that can be expected to be in high demand in the future. While human capital does not present an overly pressing competitiveness issue today, action may be required now to prevent it from becoming one in the future,” the report said.

It added that stakeholders interviewed for the report frequently expressed concerns about a perceived lack of policy coordination and monitoring, resulting in poor or delayed policy implementation.

“Moreover, while many areas in which reforms and policies are already implemented are relevant and important, the absence of a high-level strategy and articulation of a longer-term vision for Cyprus’ economic development were pointed-out as a major shortcoming,” it concluded.

Our View: UNSG unlikely to be fooled by leaders’ gimmicks