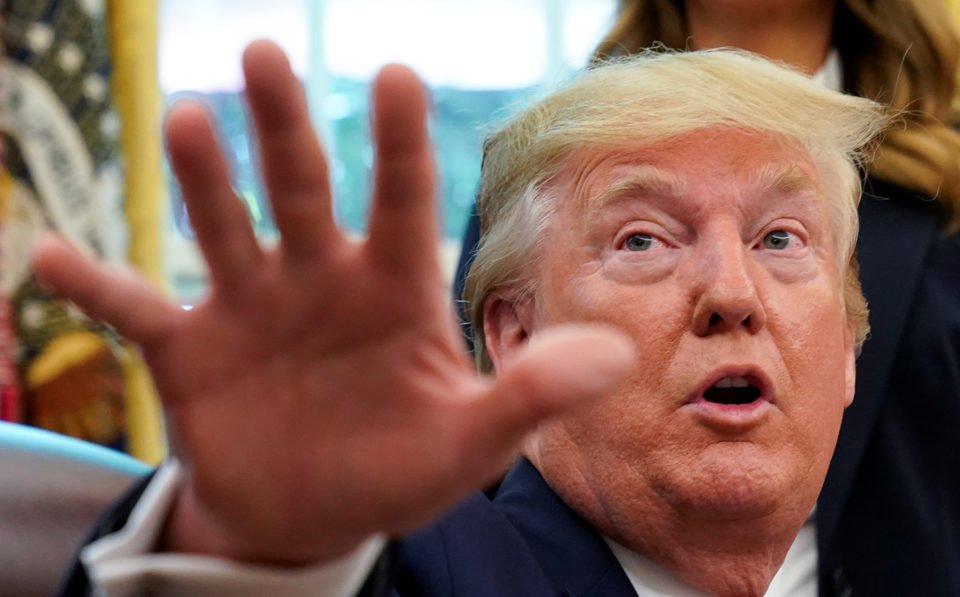 In previous critical articles, one hardly a month after Trump took first took Office as an unknown quantity, I raised serious questions about his ability to govern and the risks he posed to the US and to the world. A year later I looked at his performance vis-a-vis his policies and particularly his determination to keep upsetting the world economic and political stability with a trade war and other policies based on a purely selfish and arrogant attitude to world economic and political affairs. I caricatured him as some idiot who knows he is sitting on dynamite but cannot resist his ego telling him and propelling him to be dangerous to himself and others by repeatedly testing whether or when the dynamite might blow up. I wrote about his big ego that drives him to be predictably unpredictable, maliciously vitriolic and impatient with a short fuse, unreliable and toxic: corrosive to all things normal and stable.

Soon afterwards I attempted as a psychologist (one of my many professional hats) to draw interpretations of his character by carrying out a content analysis of his tweets. I linked these to his demeanour, verbal and non-verbal communications. Most of his utterings were found to be gibberish nonsensical repetitions of praise for himself and his self-assessed charismas and praise for those standing by him – but predictably turning on them when they have served their purpose. For anyone else, particularly critics, his weapon of destruction is foul, fiercely undiplomatic comments spiced with colourful epithets and name-calling.

Through those observations, my assessment of his personality traits was less than complimentary. I said he was insecure and his elicited behaviour an attempt to cover for his inadequacies; that he was ignorant and inept; a narcissist and a loner who is bent on turning the office of the US Presidency into an Imperial Presidency which demands single-minded obedience but which also encourages the rise of bigotry, tribalism and nihilism.

The recent leaked confidential comments by Britain’s then ambassador to the US Sir Kim Darroch about Donald Trump and his administration adds credence to my observations and a new dimension to the whole affair known as ‘Trump’.

This is part of the ambassador’s assessment: ‘For a man who has risen to the highest office on the planet, President Trump radiates insecurity… There is no filter [that prevents him from making offensive comments]… As seen from here, we really don’t believe that this administration is going to become substantially more normal; less dysfunctional, less unpredictable, less faction-riven, less diplomatically clumsy and inept’.

In return, Trump, the President, responded thus: ‘The wacky Ambassador that the UK foisted upon the United States is not someone we are thrilled with, a very stupid guy… I don’t know the Ambassador but have been told he is a pompous fool. Tell him the USA now has the best Economy & Military anywhere in the world, by far… Thank you Mr. President!’

However, as is all too often the case with Trump, on hearing later that Darroch, in another leaked cable, compared him to Schwarzenegger’s Terminator who though battered always remained intact and indestructible, Trump expressed his pleasure at the ‘very good things’ Darroch had said about him and offered the ambassador his best wishes.

Unable to control his emotions though, Trump soon lashed out at critics and unleashed a torrent of bizarre and incoherent claims about Theresa May; that industry will collapse if he leaves office; that the media are a big conspiracy that spread fake news; that he will not let them get away with it and their time is up. He then turned personal and fired at Elizabeth Warren the Democratic US Senator by referring to her as ‘…a very nervous and skinny version of Pocahontas’ while in comparison he is ‘…so great looking and smart, a true Stable Genius’.

He then plunged into a renewed frenzy about democrats, witch-hunts, fake news and the media working in partnership to destroy him. At which point he followed his outbursts with an onslaught on four Congresswomen ‘of colour’ by telling them to go back to the countries they came from.

Soon after, Trump swiftly changed gear again and from being the abuser and perpetrator turned himself into the victim. In another explosive tirade he demanded from the four Congresswomen to apologise to him, the country and Israel for the ‘terrible things’ they have done and the ‘foul language [and] racist hatred spewed from [their] mouths and actions…’

Following on from these latest ongoing sad episodes in the life-of-Trump-the-President I will expand on my hitherto assessment of his personality traits.

The President is not just ‘out of his depth’ – as I put it in a previous comment. It is not just that the President appears crumpled and noticeably the worse for wear. It is far more than that. His demeanour is marked with extreme sensitivity to criticism and rejection and he has a fear of abandonment; his inability to relax and deal with the perpetual stress-induced cycle of events; his fear of facing reality and the world at large by hiding behind his narcotic dependency on Twitter as his medium of communication and for venting the explosive nature of his emotions and thoughts (which makes one wonder if he does anything else with his time); his unusually incoherent, mixed-up and intense verbal, written and non-verbal expressions; his difficulty in keeping his emotions in check; his almost obsessive wish to be over-consumed with trivialities; his impulsiveness; his love for himself and his narcissistic tendencies; his desperation for praise and recognition; his ambivalence about his personal identity, values and morals; his exaggerated, if not paranoid, thoughts that everyone is out to get him; and his mistrust of anyone other than himself are all personal attributes which paint a clinical picture of a person who is bordering on personality disorder territory.

Missing or murdered: documentary about missing chef films in Paphos