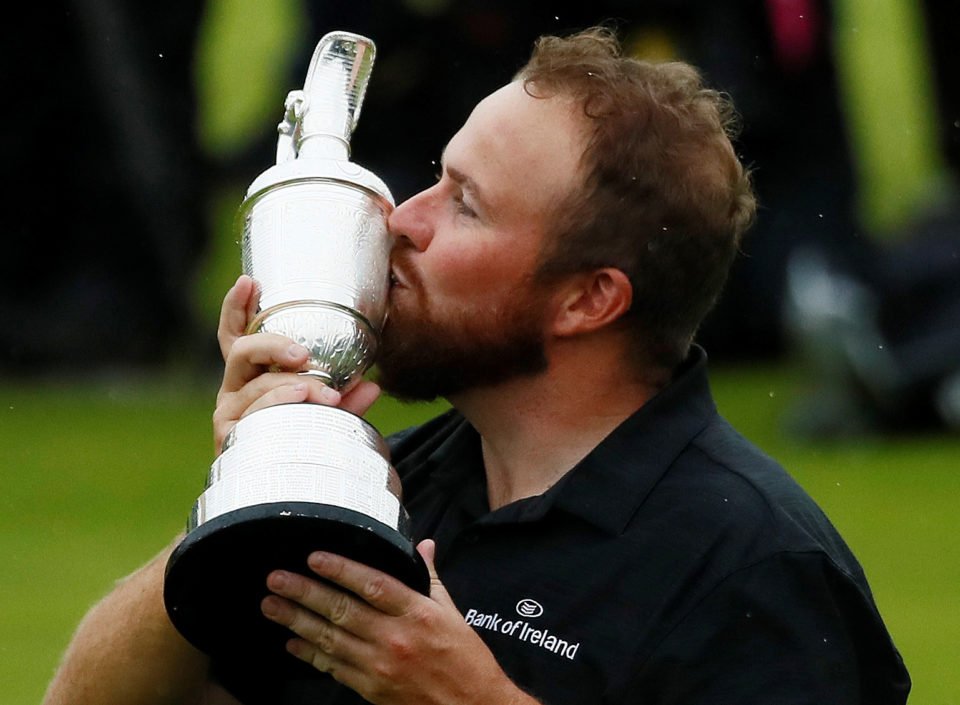 Fervently cheered on every shot by the sellout crowd, the 32-year-old from Clara was never seriously troubled in the final round as he carded one-over-par 72 in strong winds and intermittent rain which buffeted the late starters.

He finished at 15-under 269, while Englishman Tommy Fleetwood, the only player to apply any semblance of pressure on Lowry, shot 74 for second place.

Lowry started the day with a four-shot lead and must have been most grateful for the margin, which afforded him the luxury of being able to drop a few shots without doing too much damage.

He needed to avoid any big numbers on his card and duly did so, making nothing worse than bogey.

Even three straight bogeys around the turn hardly dented his lead, and a six-foot birdie at the 15th hole that extended his margin to six strokes allowed him to almost enjoy a processional victory march up the final three holes.

The 32-year-old acknowledged the singing gallery packed into the large grandstands surrounding the 18th hole, who greeted him as one of their own.

After hitting his approach shot to the final hole he held his arms aloft in celebration and hugged his caddie, assured finally that there would be no late disaster.

He became the second player from south of the border, after Padraig Harrington in 2007 and 2008, to lift the Claret Jug, a fitting end to the first Open played in Northern Ireland since 1951.