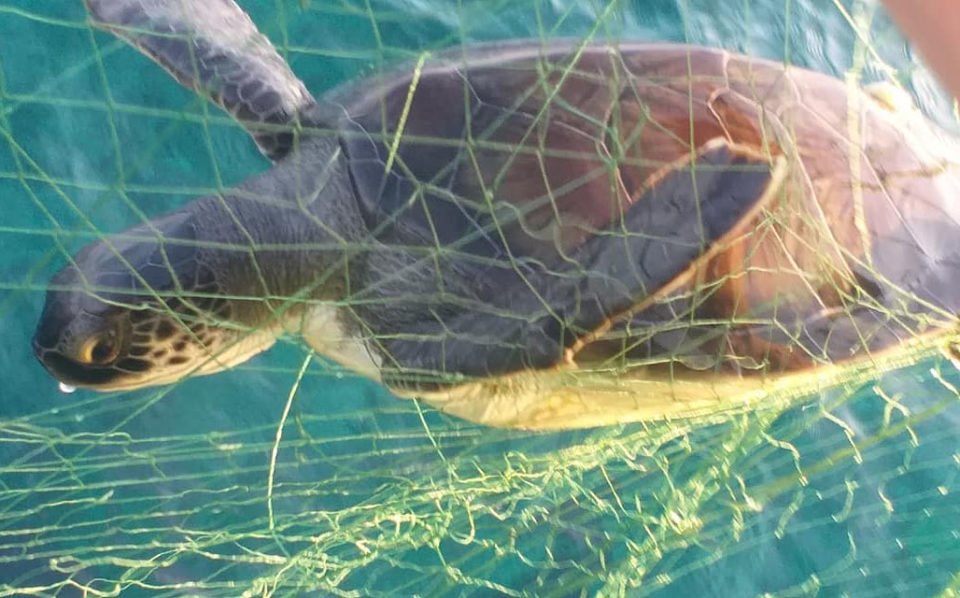 Turtles are increasingly being caught in the nets of fishermen, leaving them to struggle, one man who operates tourist cruises along the Paphos coast line said, leading him last week to post images on Facebook of the latest incident in order to bring more attention to the issue.

The area around the Moullia Reef in Yeroskipou is rich in green turtles (Chelonia mydas), which reproduce and live almost exclusively in Cyprus and Turkey within the Mediterranean Sea, breeding from March until November.

Last week, tourists leader George Constantinou shared a picture on Facebook of a green sea turtle trapped in a fishing net in the Moullia Reef, which he says now happens “quite often”.

He said turtles are found trapped in nets at the reef or even washed up dead on the beach.

Constantinou said the turtles are under threat for two reasons. First, due to the fishing nets laid by the fishermen, and second because of large boats which are allowed to approach the area of the reef, disturbing the natural habitat of the turtles.

Constantinou said he has repeatedly called on the Department of Fisheries to protect the area.

He said the department has protected part of the area in Yeroskipou but the designated ‘no fishing area’ does not include the Moullia reef, which is where the turtles reproduce and live.

An official from the department confirmed that only part of the reef is protected, while fishing in the rest of the area is heavily regulated, and is only allowed at certain times with specific sizes of net.

Constantinou stressed that he has been taking boats to the area for years but has never seen a greater number of turtles concentrated in such a small area.

He charged that the reason the Moullia reef area is not completely protected by the authorities is because it is rich in fish, and would therefore not be in the interest of fishermen to prohibit fishing.

We may all die in a divided Cyprus