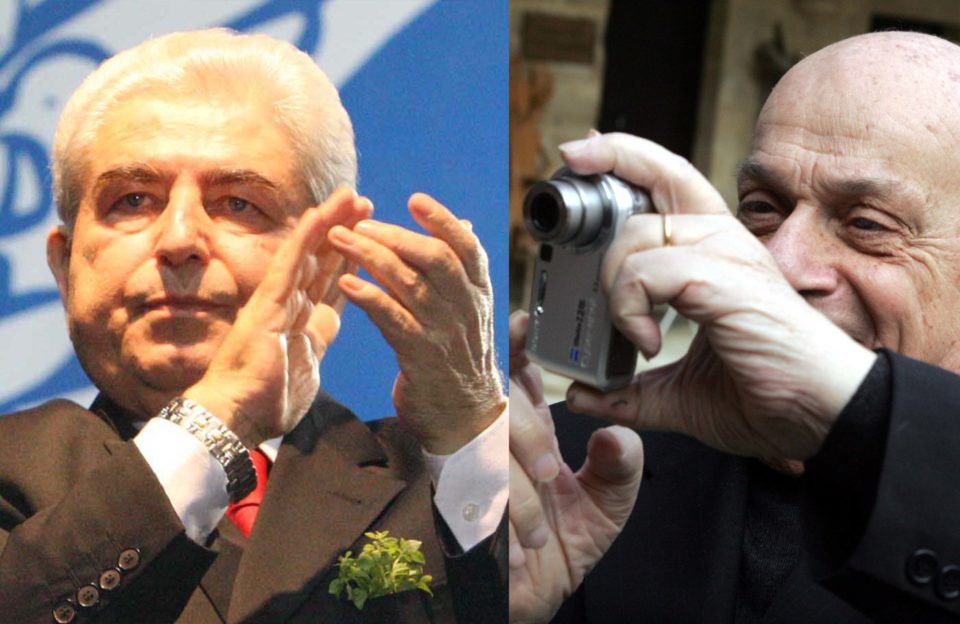 It might be a little strange to compare the passing of Demetris Christofias to the death of Rauf Denktaş to explain my personal reaction. Afterall, they lay on the exact opposite ends of the political spectrum. So how can their deaths evoke similar emotions and anxieties?

Nevertheless, there is a common thread. Despite struggling for entirely different ends and solutions, they were both men whose primary concern was the future of Cyprus. Besides, they both actually experienced life when the two communities lived together on the island. Christofias may have had to spend a lifetime fighting for a united Cyprus, but he did not have to struggle to imagine one. Denktaş, too, might have been struggling to secure permanent partition, but his starting point was also a united Cyprus.

Small details surrounding Denktaş’ departure from life are testimony to their shared experience. Newspapers, based on his family’s account, held that Denktaş was speaking of the Cyprus problem even as he lay on his death bed. In fact, according to the claims, he had shouted the name ‘Christofias’ hours before he passed away. What is perhaps more intriguing is that he was speaking in Greek. Upon his demise, Christofias, President of the Republic of Cyprus at the time, had called upon the Greek Cypriots to show respect for the pain and loss suffered by Turkish Cypriots.

My generation, on the other hand, grew up in a divided Cyprus. We had to make an effort to imagine how “our island” would be if it were united. The ‘Green line’ that artificially divides a single piece of land also affected our dreams, our sense of belonging, and perhaps most sadly our familiarities. My generation had to find ways to develop a repertoire of the smells, sights, and friends on the ‘other’ side. We have inhabited half the island; now I am terrified that we may die in that very half as well.

I remember how, as a kid, my thoughts would wander over to the south of the island during car rides from Famagusta to Nicosia. As we would cut through Mesaoria, I would gaze at the plain lying to the left of the car, which stretched towards the south and I would think of the ‘Greek side’. I was curious and restless. I wanted to see that part and meet the people who lived there. My father had a friend who occasionally crossed over even before the check points were opened. He accompanied us on one of our trips to Nicosia. While passing yet another time through Mesaoria, I drowned him in questions, trying to imagine how it looked on ‘the other side’. He told me he would take me there one day. Not too long after that the checkpoints opened and I could see for myself.

Still, some of my most vivid memories of and attachments to the south materialised years later as a result of an opportunity provided by the late Christofias. During the Cypriot Presidency of the Council of the EU, Christofias had specifically asked his team to recruit a group of young Turkish Cypriots as temporary workers for them to gain insight into the Presidency. I had applied and was selected to work at the Ministry of Communications and Works under the supervision of the head of the EU Affairs Unit Vassilis Demetriades. I had had many experiences of socialising with Greek Cypriot friends and classmates in the past. I had also participated in bi-communal civil society trips and activities. Yet, working, stressing out and producing together united us, that is me and my colleagues, in stronger ways. I want to thank Christofias for providing this opportunity.

Now, the older trees have begun to be uprooted from the land and the people of our grandmothers and grandfathers’ generation are taking their leave. Contrary to the expectations of some, this is not leading to dynamic approaches to the Cyprus problem: it merely feels as though the Cyprus problem is becoming increasingly obscure. Now a new generation is emerging with even weaker attachments to a united past. Some may say that it is not bad to forget the ‘troubles’ of our united past. Yet I fear we are not forgetting those, we are merely preoccupied with our half, with the agenda for a united future fading in the background. It is not easy for anyone; it feels like the 21st century is finally hitting us Cypriots with its advancements, social, economic and environmental issues. Greek and Turkish Cypriots are buried in their ‘own’ problems. It is a carnival where everyone is dancing to their own beat. Among this chaos, I am hit by the thought that contrary to what I believed growing up, I too may die in a divided Cyprus. Perhaps we need to accept this fact to find a renewed enthusiasm to struggle: We may all die in a divided Cyprus.