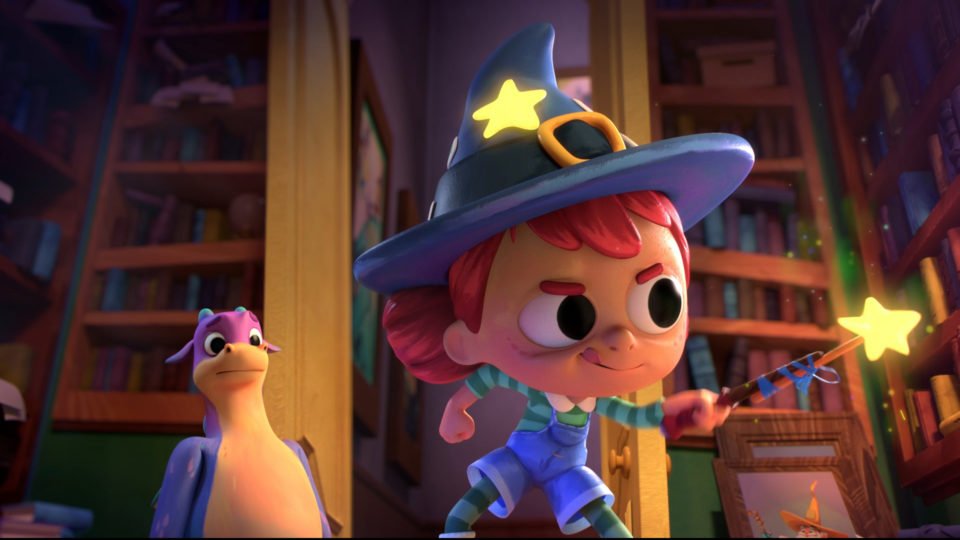 We could all do with a little more animation come summer. While July and August are a riot of festivals, what we’re missing is the vibrancy, the light-hearted energy, of literal animation…

Unlike most film festivals – which usually feature an eclectic selection of high-brow documentaries, features and shorts – animation appeals to all ages, crosses all borders and speaks all languages. So it’s no surprise that the Countryside Animafest Cyprus is always a huge draw come summer.

Since 2002, the festival has been celebrating animation with a series of screenings, workshops, masterclasses, concerts and competitions, growing from The Small Documentary Festival in one village into the officially-titled Countryside Animafest Cyprus – Views of the World, which now focuses almost exclusively on the art of Animated Film. And, as audiences have grown significantly in recent years – both in terms of number and diversity – the festival has jumped from place to place around the island…

From the very start, one of the founding goals of the festival has been the decentralisation of contemporary art and it’s been hosted at locations in Kouklia, Paphos, and Limassol. This year, events are split between the Hambis Printmaking Museum in Platanistia (a place known for its long association with the arts) and the village of Salamiou in Paphos.

The festival begins at the former, with an Exhibition Opening and Storytelling on July 24 that comprises “an illustration exhibition from Sardinian Annalisa Sallis, and a tribute to renowned Scottish storyteller Donald Smith, Director of Edinburgh Storytelling Centre and executive director of Traditional Arts and Culture Scotland.” Then it’s off to Salamiou for the remaining three days, switching between the Neofitidios Open Air Cinema and the village’s Environmental Centre.

While there’s too much going on over the four-day festival to detail here, we can tell you that – in addition to the more formal competition sections – there’ll be a new residency programme (Animation and Contemporary Art) showcasing resident artist Liu Yi; a live performance of Scratch from Italian sound designer Andrea Martignoni and experimental filmmaker and Canadian artist Pierre Hébert (both of whom will be “scratching directly on film as it’s projected onto the big screen”); and an exhibition by renowned comic book artist, filmmaker and graphic designer Max Anderson of Sweden.

We’re also promised “a programme with selected animated music films made for the popular Cypriot music albums under the title O Tembelis Drakos by George Hadjipieris, a posthumous tribute to the award-winning Dutch animator, musician and director Rosto who passed away earlier this year, and an Animation Film Programme for Children in conjunction with a workshop entitled Handmade Animation optical devices.

Of course the biggest draw will be the screenings: the National and International Competitions. Selected by a jury of professional animators and artists, these two categories will be bringing us animated films from all over the world. The National takes place on July 25, showcasing animation from eight talented local film-makers including Antony Petrou, Christiana Constantinou, Hara Kyprianou, and Natasa Panayiotou. And the International section will be spread over the first three days: no less than 43 films from animators based as far afield as Taiwan, Japan, China, Latvia, Canada and Russia!

We’re promised a chance to meet these innovators themselves on the final day (July 27), with an extended Meet the Film-makers Breakfast between 10am and 1pm. And then (with a short break for a few more screenings; animated films may be short but there’s more than 50 to get through in total!) there’s the Award Ceremony, followed by a screening of the winning films, and finally, the closing party: a bit of a knees up for all and sundry with DJ Tony Kuzak: an animated end to a very animated festival!

At the Hambis Printmaking Museum in Platanistia and in Salamiou, Paphos, from July 24 to 27. For more information and a full programme of events, visit http://www.animafest.com.cy or the Facebook page Animafest Cyprus