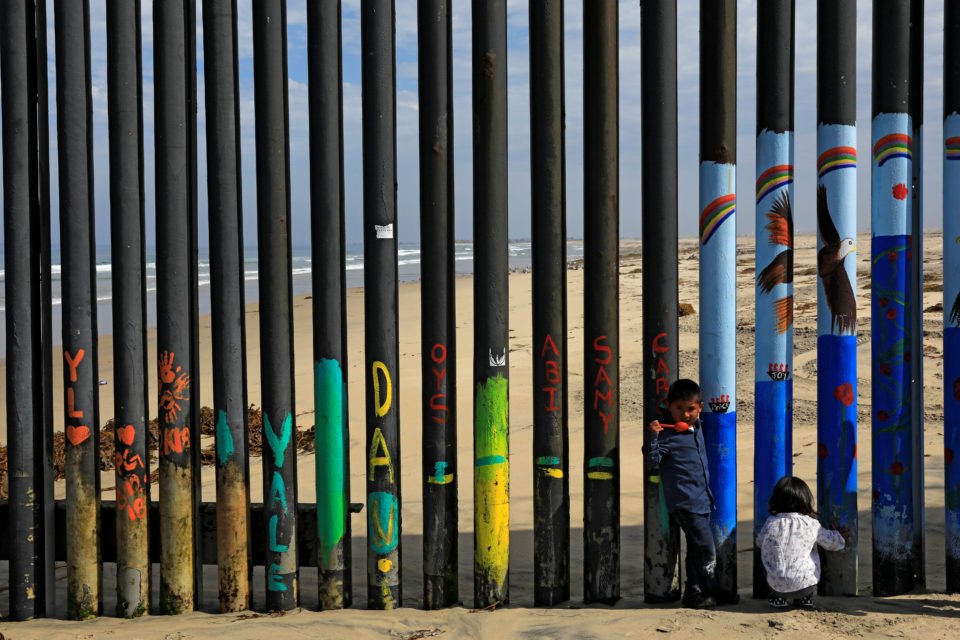 Children stand near the border fence between Mexico and U.S. in Tijuana, Mexico July 22, 2019. REUTERS/Carlos Jasso

The U.S. Department of Homeland Security said on Monday it will order more speedy deportations of immigrants who crossed illegally and are caught anywhere in the United States, expanding a program typically applied only along the southern border with Mexico.

The rule set to be published in the Federal Register on Tuesday would apply “expedited removal” to any illegal crossers who cannot prove to immigration agents that they have been living in the country for two years.

Legal experts said it was a dramatic expansion of a program that cuts out review by an immigration judge. Previously, only those immigrants caught within 100 miles of the border who had been in the country two weeks or less could be quickly ordered deported.

President Donald Trump has struggled to stem an increase of mostly Central American families arriving at the U.S.-Mexico border, leading to overcrowded detention facilities and a political battle over a growing humanitarian crisis.

The government said increasing rapid deportations would free up detention space and ease strains on immigration courts, which face a backlog of more than 900,000 cases.

“Under this unlawful plan, immigrants who have lived here for years would be deported with less due process than people get in traffic court,” said Omar Jadwat, director of the ACLU Immigrants’ Rights Project.

The policy will create chaos and fear in immigrant communities, and could have unintended consequences, said Stephen Yale-Loehr, a professor at Cornell Law School.

“U.S. citizens could be expeditiously removed by error,” he said. “You don’t have a lot of room to challenge that. You can’t go before an immigration judge.”

The policy comes after a U.S. Court of Appeals in California in March ruled that those ordered deported in the sped-up process have a right to take their case to a judge.

DHS said 37%, or 20,570, of those encountered by Immigration and Customs Enforcement in the year to September had been in the country less than two years.

If individuals in expedited removal cannot establish a “credible fear” of prosecution in their home country, they can be quickly deported. In fiscal 2018, those in these sped-up proceedings were detained for an average of 11.4 days, according to DHS, compared to 51.5 days for those in full proceedings.

Many immigrants in deportation proceedings are released and allowed to live in the United States for the months and years it takes to decide their immigration cases.

‘Only you know’ if we did enough, says memorial to Iceland’s lost glacier