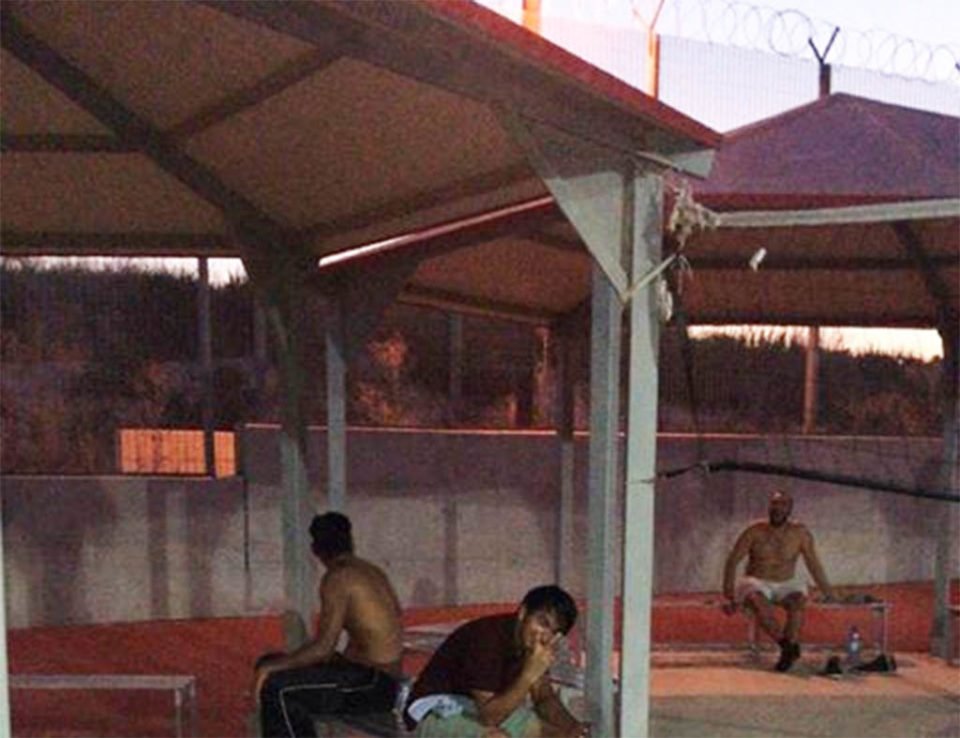 Around 50 people held at the Menoyia detention centre went on hunger strike on Tuesday citing unjustified detention and a corrupt system.

One of the protesters, Kristin from Bulgaria said he was arrested without been given a satisfactory reason. He said he had served time in prison in the past for assault, which he claimed was to defend himself but said he has not done anything to justify his detention at Menoyia.

“They say ‘because you’ve been in prison’. But I did not kill anyone. I did not do anything illegal since my release,” he told the Cyprus Mail.

Yilmaz, a Turkish Kurdish man who is married to a Turkish Cypriot said he has been in Menoyia for 10 months “for reasons of public security.”

He said he was arrested one day while in Nicosia and brought to Menoyia without been told what his actual crime was despite repeated efforts to get answers.

“We have families, we are not criminals,” he said.

He said an Egyptian man had tried to kill himself because he wants to leave the detention centre.

Another man detained there, Yussuf from Israel, said he has been in Cyprus since 2004 without any problems and was arrested some nine months ago after filing a complaint against the behaviour of a top brass police member.

“After that they arrested me and held me at the Aradippou police station for two months, and after I got sick with diabetes, they brought me to Menoyia,” he said.

He too said he was told it was for reasons of national security.

“Why all these years I’ve been here they did not have any problems with me? My only mistake was the complaint I made,” he said. He added that he has requested explanations from the immigration department but is being ignored.

He said that more or less all the around 50 persons have the same stories.

The men said they had no problems with the police officers at the detention centre but with the immigration department.

They also complained that they are being served the same food daily.

This is not the first time riots, protests, hunger strikes and even suicide attempts have taken place at the facility in the past.

Menoyia is used as a detention centre for immigrants pending their deportation or until the Civil Registry and Migration Department process their application for refugee status or granting asylum.

Due to the complexity of these cases, the department is known for long delays in reaching a decision, resulting in long periods of confinement at the Menoyia facility.