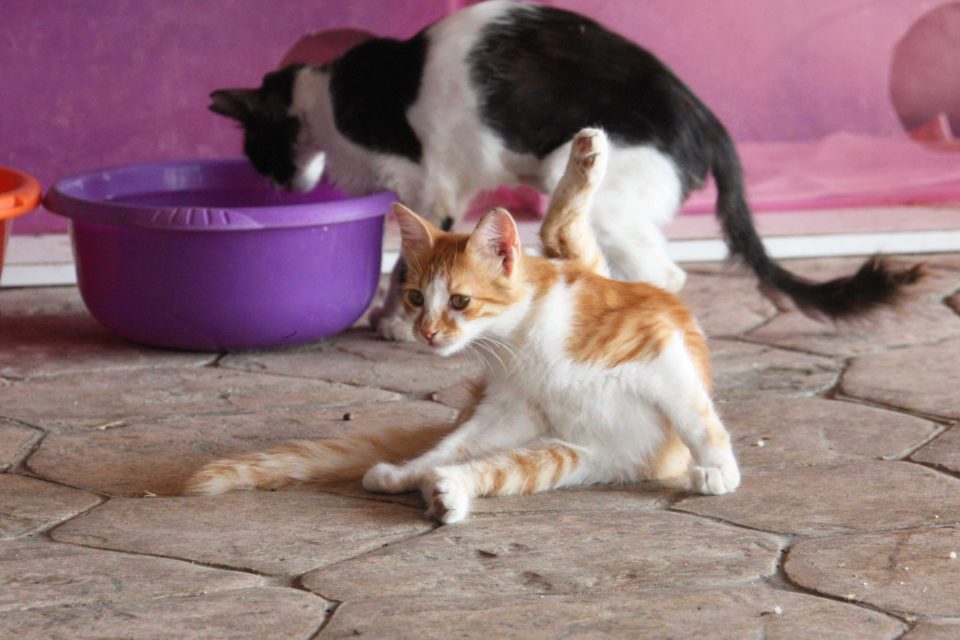 Cats at a shelter in Larnaca

In six days during the last week, 35 cats were killed near the Hala Sultan Tekke in Larnaca, mauled by a pack of dogs, volunteer group Friends of Larnaca Cats warned on Wednesday.

The small but dedicated group has tried to look after hundreds of cats for years that are dumped by people in the area and has had to deal with killings before but volunteer Elias Demetriou said they won’t be able to stop the dogs from attacking more of the cats for much longer.

He has had to guard the area during the nights as this is when the cats are being attacked. Only when volunteers chase the dogs away are the cats and kittens safe.

“I cannot do it anymore,” he said. “I had just two hours sleep in the past days every night. When I had to leave for just a short time on Sunday evening, between 8.30 and 9.50 in the evening, I found three dead cats when I came back.”

For years the group has requested the municipality and the government to fence off the area so people cannot dump more cats there, to put up some signs warning that dumping is illegal, and to install cameras.

“If only one person was caught doing it and was prosecuted, that would teach others not to do it,” Demetriou said.

In the past, the antiquities department promised to help, to put fences and a camera, but then took it all back.

As Demetriou said, the agreement was that the volunteers would remove most of the animals and take them to their shelter, then the department would help.

But when he went to the responsible person at the department telling him it was time to erect the fence as most of the animals had been taken to the shelter, he was told “What fencing? What camera?”

“They got what they wanted, which was for us to remove the cats,” Demetriou commented.

This employee has since retired and nothing has been done.

Without the fencing and the cameras, even removing the cats makes no sense, the volunteer believes, as for every cat which is taken to the shelter, neutered and being cared for, there will just be as many new arrivals.

Now there is the additional danger of the dogs.

“Where are the vet services? Municipality? District office of Larnaca? The ministry of Agriculture, the Cyprus Tourism Organisation? The faithful of Hala Sultan Tekke? The Cyprus Animal party? The police?” Friends of Larnaca Cats asked on Facebook.

Our View: For how much longer can we persuade Security Council to renew Unficyp mandate?