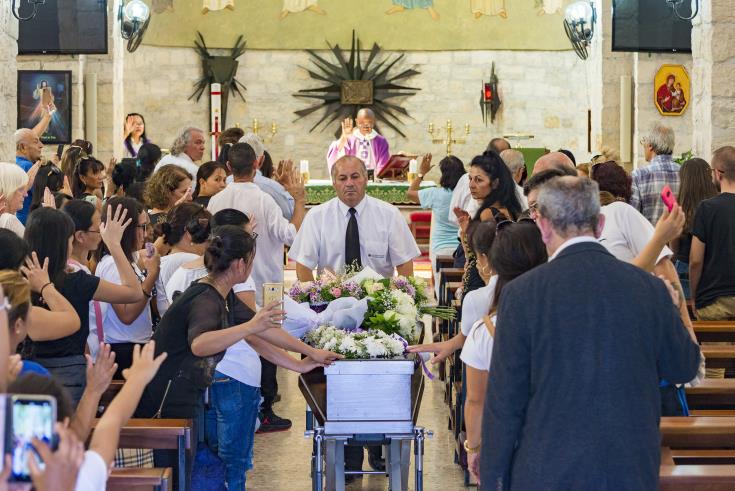 The funeral in Limassol of Maricar Valdez Arquila (CNA)

The services were attended by friends and relatives of the deceased, as well as officials.

On Friday the remains of the two women are to transported to their native Philippines.

Tiburcio’s body was the first found, in a mine shaft in Mitsero on April 14 this year. She and her daughter, six-year-old Sierra, had gone missing in May 2018. Sierra’s body was the last to be found at Lake Memi in Xyliatos in June.

Arquila’s body was the third body to be retrieved from the ‘red lake’ at Mitsero. The woman had gone missing in December 2017.

115 feared dead after worst Mediterranean shipwreck of the year