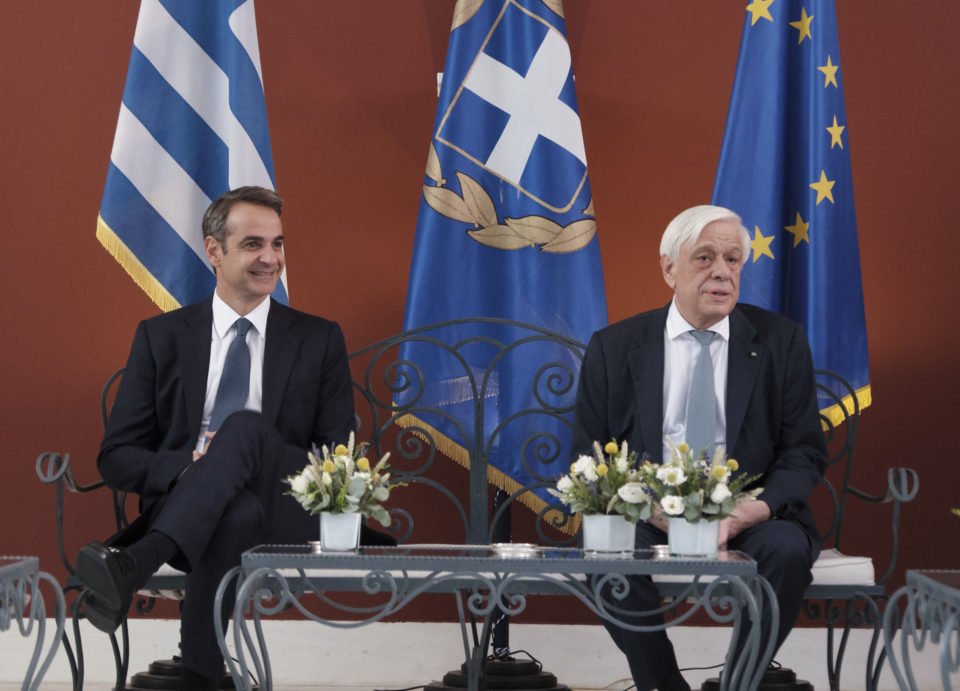 President of Greece Prokopis Pavlopoulos stressed that the International Law and the Law of the Sea, necessitate defending Cyprus’ Exclusive Economic Zone (EEZ) against illegal violations, during his address at the annual reception for the 45th anniversary since the restoration of Democracy in Greece, held in the Presidential Mansion, on Wednesday evening.

Pavlopoulos said that the preservation of historical memory as regards the Cyprus tragedy and the continuation of the struggle for a solution to the Cyprus Problem constitute Greece’s bounden duty.

In this context, he underlined that the Cyprus Problem must be resolved with full respect to International and the European Law, which dictate the respect of the sovereign rights of the Republic of Cyprus.

“The respect of the sovereign rights of the Republic of Cyprus is incompatible with the presence of occupation troops and third-party guarantees in the island,” Pavlopoulos said.