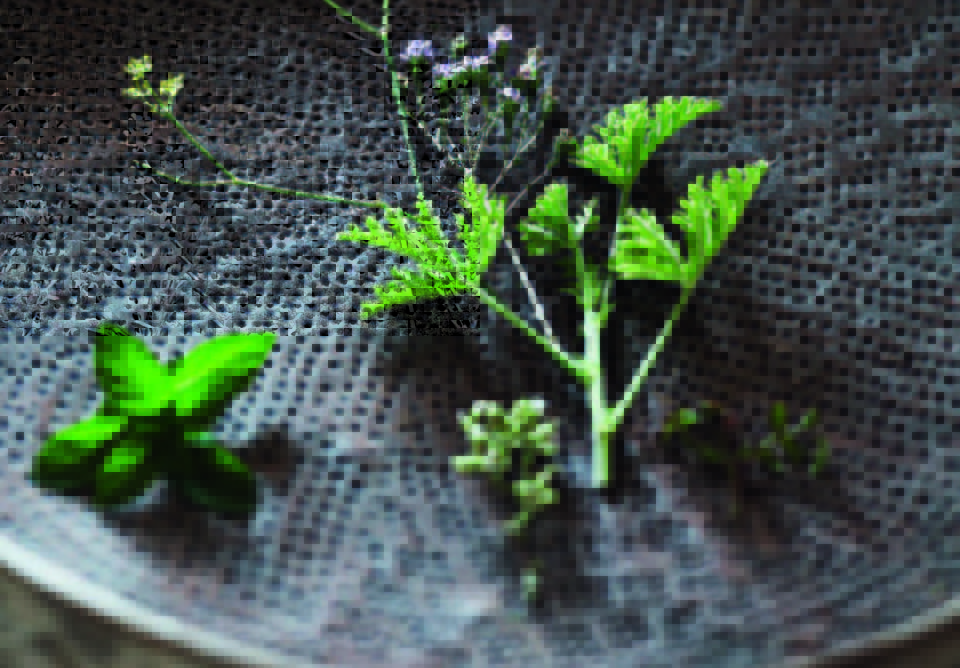 A whole roomful of green! Verdantly fresh. Leafy, fibrous, fine-stemmed, woody; loose and tied into bunches. Grass and jade colours, lime green, frog green. The tables by the entrance to the little greengrocer’s are weighed down by greenery spilling out of yellow, red, grey and blue plastic boxes, and in the cool, windowless corner room next to the yoghurt cabinet, the huge mounds of edible greens appear to touch the ceiling.

Spinach, rocket, dandelion, purslane, celery, asparagus, rapeseed, charlock, vine and pea leaves. Then there are several varieties of mint, coriander, tarragon, parsley, basil, borage, not to mention lots of things we don’t know the name of. We have the same problem later while foraging for wild herbs.

But we immediately recognise the wild fennel – and the wild garlic, wild thyme and wild oregano, with their familiar, powerful aromas. We hesitate for a moment by the shepherd’s purse. But we quickly identify sorrel, black cumin, leek and lemon balm.

Cyprus’ abundance of plants was already mentioned in the writings of the ancient philosopher and naturalist Theophrastus. Around sixty edible species still remain. Now, as then, these predominantly wild plants play an important role in traditional Cypriot cooking. As guests in somebody’s house one day, we are served an omelette with strouthia – bladder campion. “We also add the raw young shoots to salads,” says the cook. “Or to cooked vegetable dishes.” It has a sweet flavour with an aroma of liquorice and pea.

Scotch thistle and carline thistle, pistachio and cyclamen leaves, the rock samphire and golden samphire, both of which we discover at Cape Greco, are added to cooking pots and salads in Cyprus. And molochs! No, these aren’t biblical monsters, but rather a type of hollyhock. They are just as pretty to look at as thalasokrampi, or sea lavender, which was probably among the mélange of herbs in the whitewashed ‘green dorado’ of the little greengrocer’s.

Unfortunately we could not decipher the labels written in Greek letters that hung above the higgledy-piggledy pile of boxes by the wall. 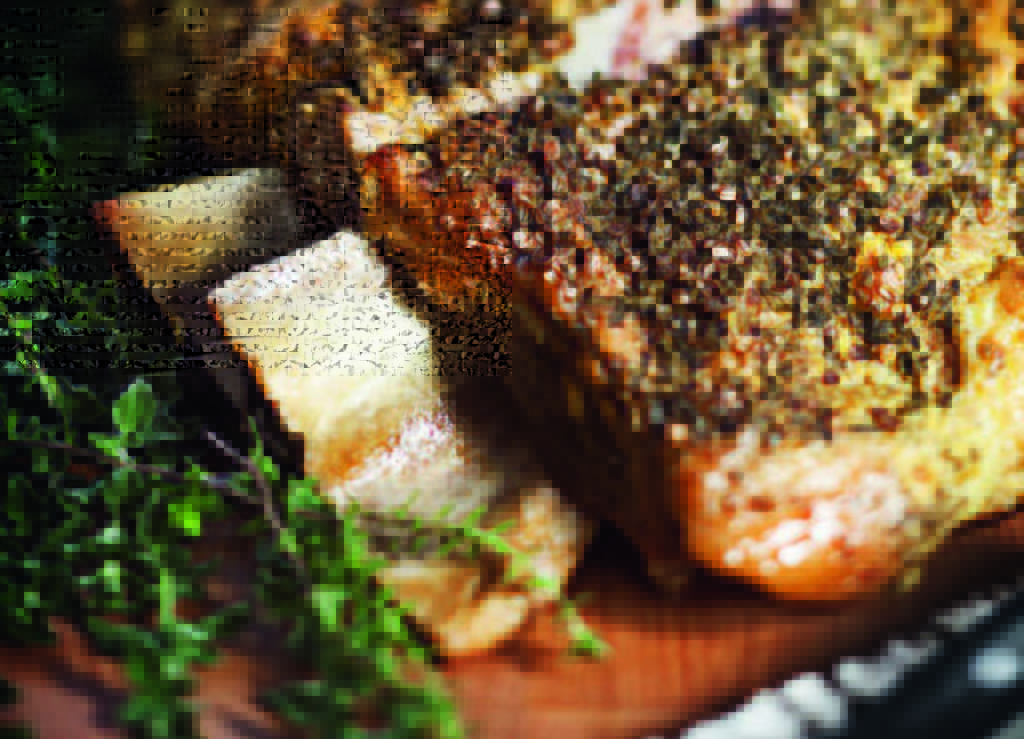 juice of 1/2 bitter orange or lemon

An old-world recipe for ‘Sunday roast’ from the village of Petra in the Solia region, where all kinds of wild herbs grow on the mountain slopes. As you prepare this dish, the kitchen fills up with the delicious mountain aromas of Cyprus.

Wash the pork and place in an ovenproof dish with a lid. Pour the bitter orange (or lemon) juice over the meat, season with salt and brush with the mustard. Mix together the oregano, thyme and coriander and rub into the pork. Pour the white wine around the meat.

Roast the pork in a fan assisted oven at 160C (180C with upper and lower heat) for about 2 hours, until the meat is golden brown.

Serve with potatoes and/or salad.

Can Solskjaer bring the good times back to Manchester United?

No resources for dealing with oil spill