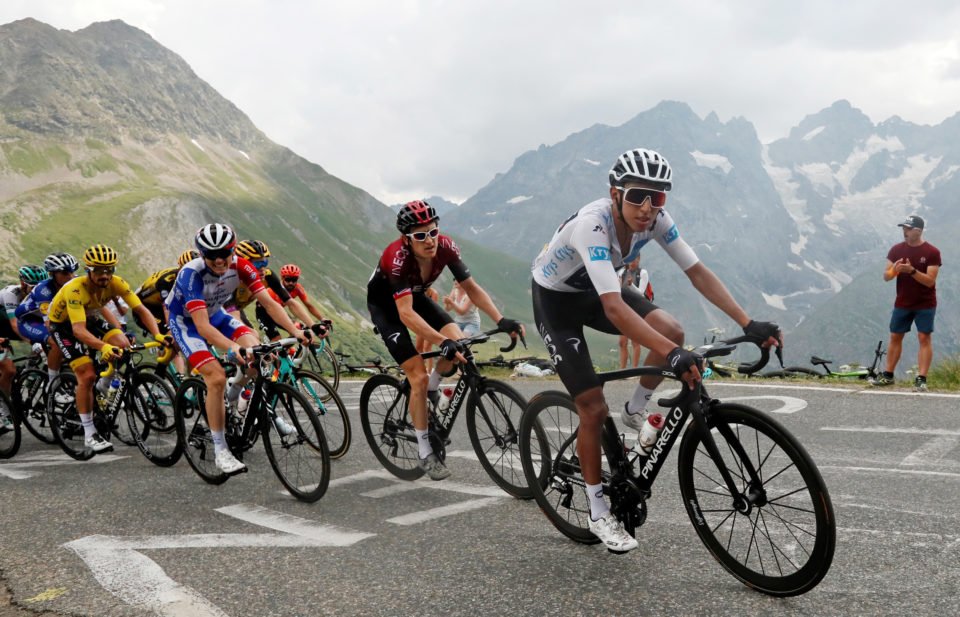 Colombian Egan Bernal was catapulted into the overall lead of the Tour de France in dramatic circumstances on Friday as the 19th stage of the race, effectively the penultimate stage, was stopped early because of a hail storm.

Team Ineos rider Bernal, who began the day a minute and a half behind, had overhauled France’s Julian Alaphilippe during the climb up the Col de L’Iseran.

Alaphilippe began eating back into the lead with a brilliant descent, only to be told to stop riding after organisers called the race off because of the dangerous conditions ahead.

There was confusion on the roads initially, as the riders were descending in ideal conditions, but up ahead even the use of bulldozers was unable to make the road safe, while a small landslide also made conditions hazardous.

The race timings were taken from the top of Col de L’Iseran and unofficial timings give Bernal a lead of 45 seconds going into Saturday’s final mountain stage, as he seeks to become the first Colombian to win the Tour.

Team Ineos sports director Nicolas Portal said: “We had the race in our hands and Egan would have liked to ride the last climb but the riders’ safety comes first, ASO (organisers) did a great job.

“We wanted to smash it today and the guys were super-motivated. It would have been ideal if the race could have continued because even if he had reduced the gap in the descent, Julian would have suffered in the last ascent.”