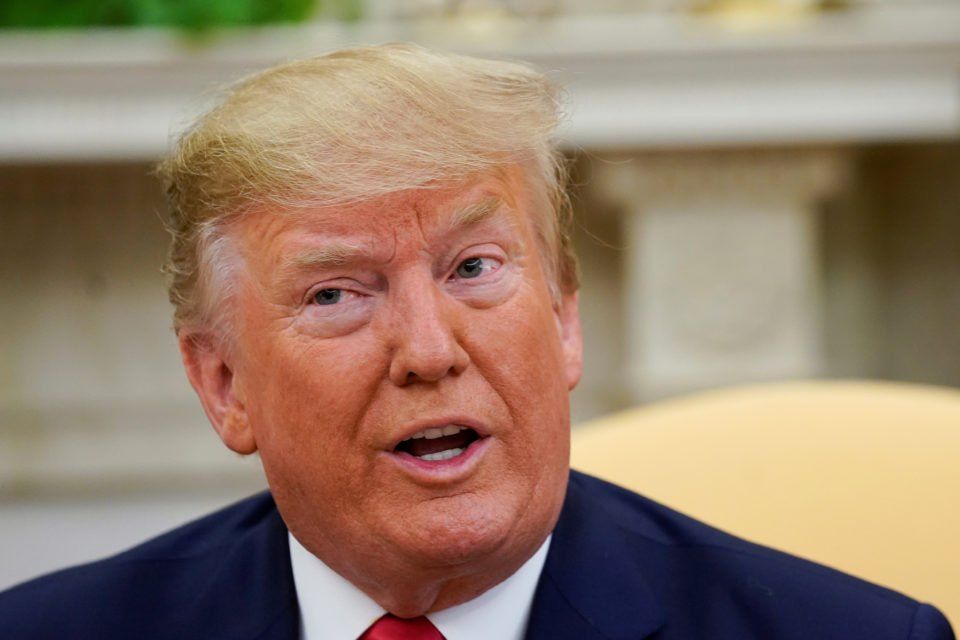 The Democratic-led U.S. House Judiciary Committee asked a federal court on Friday for access to grand jury evidence from the Mueller probe that lawmakers say they need to determine whether to begin impeachment proceedings against President Donald Trump.

The committee is also expected to file a federal lawsuit early next week to compel McGahn to testify before the panel.

The grand jury evidence, which is protected from outside scrutiny by federal law, was compiled by former Special Counsel Robert Mueller’s 22-month probe of Russian meddling in the 2016 presidential election and Trump’s efforts to impede the investigation.

House Judiciary Committee Chairman Jerrold Nadler told a news conference that since Justice Department policy prohibits the prosecution of a sitting president, the House of Representatives was the only institution of government capable of holding Trump accountable for actions outlined in the Mueller report.

“The House must have access to all the relevant facts and consider whether to exercise its full … powers, including a constitutional power of the utmost gravity: recommendation of articles of impeachment,” Nadler said, reading from the court petition.

He also said Mueller’s grand jury information “is critically important for our ability to examine witnesses, including former White House counsel Don McGahn, and to investigate the president’s misconduct.”

Committee Democrats, who flanked Nadler at the news conference, said the pending court petition was a new step toward impeachment and described their ongoing obstruction of justice probe against Trump as an “impeachment investigation,” though the panel has not officially launched an impeachment inquiry.

“Judiciary Democrats are suing for grand jury material to which they have no right,” Collins said in a statement. “Chairman Nadler’s legal action here is sure to fail, weakening Congress’s ability to conduct oversight now and into the future.”

Nadler described the pending legal actions, including the McGahn lawsuit, as a potential watershed that could dismantle recent White House efforts to stonewall congressional investigators by directing current and former Trump aides to defy subpoenas and refrain from providing testimony.

Mueller testified on Wednesday in back-to-back hearings that Democrats hoped would focus public attention on Trump’s alleged misconduct and boost support for an impeachment inquiry. But his halting and reticent performance changed few opinions, leaving House Democrats to accelerate a congressional probe that could take months to bear fruit.

House Speaker Nancy Pelosi, who opposes impeachment for now as a politically risky move for Democrats, told reporters that she favored litigation to obtain “the best, strongest possible case” against Trump.

But with the 2020 election campaign season fast approaching, she also made it clear that the impeachment issue would not be allowed to linger.

“The decision will be made in a timely fashion. This isn’t endless,” said Pelosi, who denied suggestions that she was trying to “run out the clock” on impeachment.

Mueller found insufficient evidence to allege that the Trump campaign conspired with Moscow in its effort to help Trump get elected in 2016, although campaign officials met with Russians.

He also reached no conclusions on whether Trump tried to obstruct Mueller’s inquiry.

But Democrats say that testimony from McGahn could give them the evidence they need for an impeachment inquiry. A star witness in the 448-page Mueller report released in April, McGahn told investigators that Trump directed him to seek Mueller’s removal and then to deny that he had been instructed to do so.

Democrats view the alleged episode as an act of obstruction of justice.

McGahn declined to testify earlier this year after the White House directed him not to cooperate with the committee.

Salvini blocks own coastguard ship with migrants on board

WHO says e-cigarettes, “smoke-free” products do not help reduce cancer