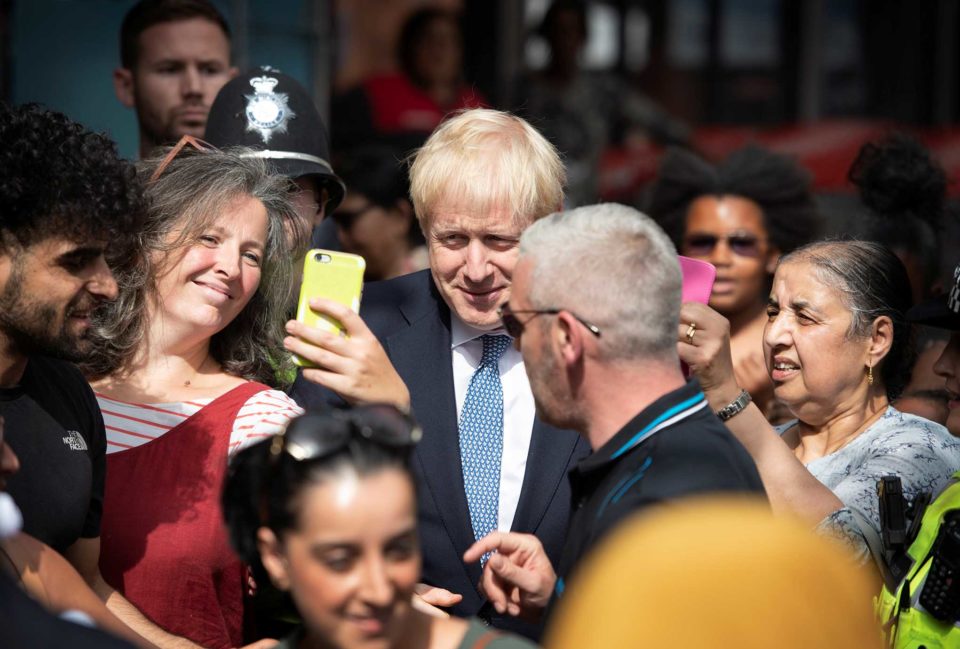 IN ONE of his more exuberant outbursts during the Brexit referendum campaign in 2016, Boris Johnson claimed that Napoleonic France and Nazi Germany tried and failed to bring about European unification and that the EU is ‘an attempt to do this by different methods’.

Johnson is now the British prime minister. On taking office he vowed to take Britain out of the EU by the end of October 2019; no ifs no buts, he said in a rambling speech riddled with banal soundbites.

If the EU does not agree changes to the withdrawal agreement, Britain would not only leave with no deal but retain the £39 billion divorce bill, he warned; although he will probably have to pay his own divorce bill now that his girlfriend rather than his wife moved in with him to Downing Street.

His comparison of Europe under totalitarian rule with the EU is unhistorical and insulting to all the brave men and women who perished fighting the Nazis. The argument that Hitler’s attempt to subjugate Europe and exterminate millions in the process, compares with the human rights and equality conscious voluntary union of European states set up to banish war in Europe is bollocks –  pardon my French; or should I call it Anglo-Saxon?

No matter, the point is it had no purchase with the British public. What happened was that Johnson stole the clothes of Nigel Farage of the United Kingdom Independence Party that Britain was being swamped by Eastern Europeans, and the indigenous population bought the lie that millions of Turks were about to join them after it was claimed, falsely, that Turkey was on the threshold of joining the EU.

Nothing could be further from the truth but the irony is that Johnson went along with the lie even though he is himself of Turkish ancestry on his father’s side: his paternal great-grandfather was Ali Kemal, a minister in the government of the last Sultan of Ottoman Turkey.

But it is one thing to persuade a population softened-up by the right-wing press to distrust the EU since the previous century, and quite another to persuade the EU and British Parliament to agree new terms of withdrawal.

Johnson’s foolishness in the art of persuasion as foreign minister is well known and does not bode well. His foolish attempt to persuade Trump not to withdraw from the Iran nuclear deal is a case in point. He had been briefed by the British ambassador in Washington that President Donald Trump was a narcissist who wanted to withdraw from the Iran nuclear treaty to spite his predecessor, Barack Obama.

It was farcical and it failed. Trump pulled out of the Iran nuclear treaty three years after it was signed in 2015, despite the fact that Iran abided by its terms. The US then re-imposed crippling sanctions on Iran, and the EU and Britain are running around like headless chickens not knowing what to do about an irrational America.

It was Karl Marx who said that history repeats itself, first as tragedy and then as farce. He was referring to the historical circumstances in France in 1852 ‘that made it possible for a grotesque mediocrity like Louise Napoleon to play a hero’s part.’ Louise Napoleon had seized power in 1852 after a coup d’etat and Marx was comparing them with those when Napoleon Bonaparte took power in 1799.

The election of Boris Johnson as prime minister seems like casting a grotesque mediocrity to play a hero’s part; or the court jester to play the role of king. The hope is that he will turn out to be an eccentric case of cometh the hour cometh the man.

Johnson was elected – by a tiny section of British society comprising members of the Conservative party – to leave the European Union, not to wage total war against Europe. Although to be fair he does have a democratic mandate to play hardball with the EU.

I believe he will take Britain out by the end of October 2019 without a withdrawal agreement if the EU does not agree to remove the Irish backstop – unless parliament stops him.

And there’s the rub because the EU will not shift if they judge that parliament would stop him. So his power to persuade parliament is key, and his appointment of the prominent Eurosceptic, Jacob Reese Mogg, to manage parliament is interesting.

Unlike Johnson, Rees Mogg will master his brief and his cool polite style in contrast to Johnson’s wordy bombast may break the impasse in parliament and force the EU to shift on the Irish backstop.

I believe the EU is irrational on the Irish backstop, particularly after I discovered that the open border the EU has in mind contingently in the event of no deal, could easily be substituted for the backstop enabling Britain to leave with a deal. The importance given to the backstop by the EU is artificial and not in Ireland’s interests.

Besides there is a world out there beyond Europe. You would think that the crisis in the Gulf requires serious cooperation between Britain, the EU, France and Germany that is infinitely more crucial to peace in the world than the Irish backstop is to peace in Northern Ireland.

Maybe just maybe, the prospect of Britain’s departure without a deal and the possible loss of £39 billion coupled with events beyond Europe will concentrate minds in the corridors of power in Brussels even if it proves that Johnson was the right man at the right time to play the part of Brexit hero in the same way that Churchill was a great war-time leader but mediocre in time of peace.

‘Enosis or death’, ‘taksim or death’.