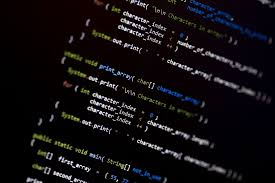 The blockchain revolution is at hand but what does it mean?

CYPRUS is scrambling to be among the first countries to join blockchain, having realised that mistakes of the past have left the island playing catchup in the digital revolution in many areas such as e-government and the integration of state services.

Experts surmise that not being left behind yet again is the key motivation behind the blockchain bill that is in the pipeline to regulate the technology by the end of the year, though the general public is probably somewhat still flummoxed on what blockchain actually is, how it works, and what it may mean for the man in the street.

The new bill will encompass two areas of activity: automating transactions between the public and the state, cutting down on red tape; and policing the trading in crypto-currencies and other digital assets.

It’s an ambitious undertaking, requiring among others amendments to the Business of Credit Institutions Law, the Companies Law and tax laws. The finance ministry, under whose auspices the bill lies, says the legislation will be ready by year’s end. On the face of it, that timetable appears overly sanguine.

A blockchain is a growing list of records called blocks, that are linked using cryptography. By design, a blockchain is resistant to modification of the data. It is an open, distributed ledger that can record transactions between two parties efficiently and in a verifiable and permanent way.

“Think of blockchain as an immutable database,” says Dino Pastos, a network security analyst. “Once a transaction is completed, it is there forever, and you can go back in history at any time to retrace it.”

Blockchain or distributed ledger technology cuts out the middleman. Cryptocurrencies like Bitcoin are only one of many applications of blockchain tech. Trading in Bitcoin dispenses with an intermediary, such as a central bank, doing away with fees and commissions.

According to finance minister Harris Georgiades, there will be pilot implementation of blockchain technology starting with the department of lands and surveys, the department of customs and excise, the tax department and the national betting authority.

The second pillar is implementing blockchain in the financial sector.

The finance ministry is the coordinator of this effort until the new Deputy Ministry for Digital Policy and Innovation starts its operation, probably on January 1, 2020.

How will it work in the public sector? Without getting too technical, take the example of the land registry: one individual wants to transfer a title deed to another. The second person gives the first individual his or her digital wallet address (containing cryptocurrency), and the first person transfers the title deed digitally. No paperwork involved.

The transaction would be recorded on a dedicated blockchain, and the digital records would be impossible to tamper with as well as be easily accessible for reference at any point in the future.

Although unclear how precisely this will be implemented in practice, it’s thought that once the regulatory framework is in place the government would invite tenders from tech companies to design and supply the blockchain(s).

Another application might be with the Registrar of Companies, where a blockchain would record all data – corporations, shareholders, changes of ownership, dates etc – again eliminating the need for paper. This digitiaation alone would be a massive task.

On the surface, the idea is solid: faster, more efficient service, less bureaucracy. Yet at the same time, automation should logically reduce the need for human resources. But given that it’s in Government’s DNA to grow, not shrink, this presents an interesting conundrum.

Then again, in Cyprus civil servants are rarely if ever made redundant; it’s therefore more likely that people serving in departments adopting blockchain would simply be shuffled around. So for those hoping for less government, don’t hold your breath.

As mentioned, blockchain eliminates the middleman. In the case of legal contracts, two parties can enter into a ‘smart contract’, obviating the need for a lawyer.

But as it happens the Bar Association is one of the very groups pushing for the National Strategy for Blockchain Technologies. This sounds counterintuitive: why would they be supporting something that would cut them out of the loop?

Sources familiar with the matter explain that the aspect of the bill dealing with the financial sector will have two sides: regulating the trading in digital assets like cryptocurrencies, and regulating electronic money institutions (EMIs).

The former will be policed by the Cyprus Securities and Exchange Commission (CySEC), the latter by the Central Bank of Cyprus.

Though not widespread, currently in Cyprus there operate a few cryptocurrency exchanges whose transactions fall under the radar and as such are not taxed.

Under the envisaged legislation, rules would be put in place to register these entities and monitor their activities. For instance, a minimum starting capital to set up such an operation. But this would call for amending the Companies Law as well as tax laws, which currently do not cover digital assets.

Also, there have been Initial Coin Offerings (ICOs) based on the island. An ICO is the cryptocurrency space’s rough equivalent to an Initial Public Offering in the mainstream investment world.

ICOs act as fundraisers of sorts; a company looking to create a new coin, app, or service launches an ICO. Next, interested investors buy in to the offering, either with fiat currency or with preexisting digital tokens like ether. In exchange for their support, investors receive a new cryptocurrency token specific to the ICO.

Again, this activity is so far unregulated – though not illegal – and the government would like a piece of the pie.

Demetra Kalogirou, head of CySEC, told the Sunday Mail that they fully support the blockchain legislation initiative. “As long as we assess all the risks involved, for the protection of investors,” she said.

Law firms in Cyprus have lost quite a bit of business since Know Your Customer and anti-money laundering (AML) rules were tightened up. Under increased scrutiny of the real beneficiaries, it’s not as easy anymore to register a fiduciary services company.

Now, with interest growing in digital money, law firms would certainly like to move in on the action.  A properly regulated regime, passing muster with EU regulations on AML, would certainly be to their benefit.

To date, the financial sector in Cyprus has been hostile to cryptocurrencies. As a result, business has been lost to foreign-based platforms.

Malta has led the way. It was the first jurisdiction to establish a comprehensive regulatory framework for distributed ledger technology, seeing an influx of top cryptocurrency exchanges flock to its shores last year, with Binance, OKex, BitBay, Alphaex and Nebula all having registered there in 2018.

It appears that some in Cyprus are now realising their mistake. The same sources surmised that not being left behind is the key motivation behind the blockchain bill.

Tales from the Coffeeshop: Lies, lies and holy revelations

Around 44,000 eligible to vote in Sunday’s ballot for new Kition bishop