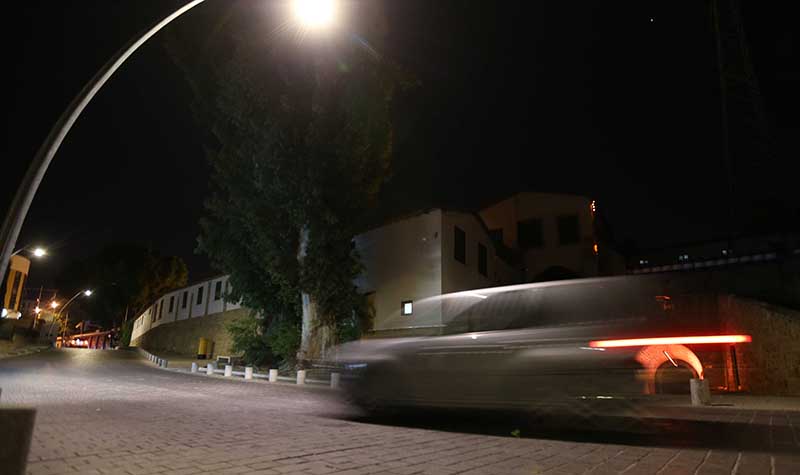 LED lights will likely replace all conventional street lights in Cyprus by 2020, way earlier than the global goal which is to have 90 per cent of street lighting in the form of LED lamps, senior manager at the Electricity Authority (EAC) Yiangos Frangoulides has said.

As they are around 80 per cent more efficient than the old lights, replacing the bulbs will not only reduce electricity consumption and thus air pollution, but is also great for maintenance, as LED lights last years longer than fluorescent lights.

Already, more than two-thirds of municipalities have changed the bulbs in their roads or are in the process of doing so. Five major municipalities in Nicosia have done so, with just two to go. Nicosia (centre) and Aglandjia chose to issue private tenders these two are still being reviewed by the tenders authority.

The others chose to make a direct agreement with the EAC. At the start of the project, the EAC asked for tenders and selected three to work with.  They then offered the municipality various deals, as the situation in each place is somewhat different. All include an eight-year free maintenance, which is part of the arrangement with the suppliers.

As Frangoulides puts it, it is a win-win deal for the communities and municipalities and the electricity authority.

Since the EAC gains kilowatt hours, as less electricity is needed for the new lamps and thus less will be produced, it avoids to pay penalties for CO2 emissions which they would otherwise have to pay to the EU from 2020. They would have had to charge the customers more for this, which is also not going to happen.

At the same time, a municipality can save money as it has to pay less to the EAC. In the case of Larnaca, for example, the saving is €500,000 per year, which enables the local authorities to pay back the money they have spent for the new lighting in three years, after which they will simply save the money.

Replacement of road lighting in Larnaca is expected to begin at the end of December and to be completed by the end of May 2020.

Athienou has also this week announced the replacement of their street lights,

The total cost of the project will be €275,310. It is expected that the municipality will save approximately €100,000 during the eight-year maintenance period.

The entire amount will be covered by a loan approved by the European Investment Bank, with a low-interest rate, while the cost will be recovered in less than two years, the municipality said.

Strovolos has signed an agreement with the electricity authority as well and plans to make up for the money in three years.

Three Paphos municipalities have already replaced them, as have parts of Limassol including Germasoyia and Ypsonas.

A slightly different version, smart lighting, will be used for streets in Ayia Napa. This means lights obeys commands. They can be dimmed or switched off remotely any time of the day and night, which makes sense for a tourist resort which is much busier in some months than others. In winter, the municipality may decide to dim lights or leave them off in some roads altogether as less lighting is needed when few people are around.

This not only saves money, but also helps to reduce light pollution.

The International Dark Sky Association (IDA) estimates that least 30 per cent of all outdoor lighting in the US alone is wasted, mostly by lights that aren’t shielded.

“That adds up to $3.3 billion and the release of 21 million tonnes of carbon dioxide per year. To offset all that carbon dioxide, we’d have to plant 875 million trees annually,” the association calculated.

Some 95 per cent of the lamps energy is converted into light and just 5 per cent wasted as heat. Since so little heat is emitted from the light source, this reduces their attractiveness to bugs.

At least 20 killed, 50 injured in attack on VP candidate’s office in Kabul