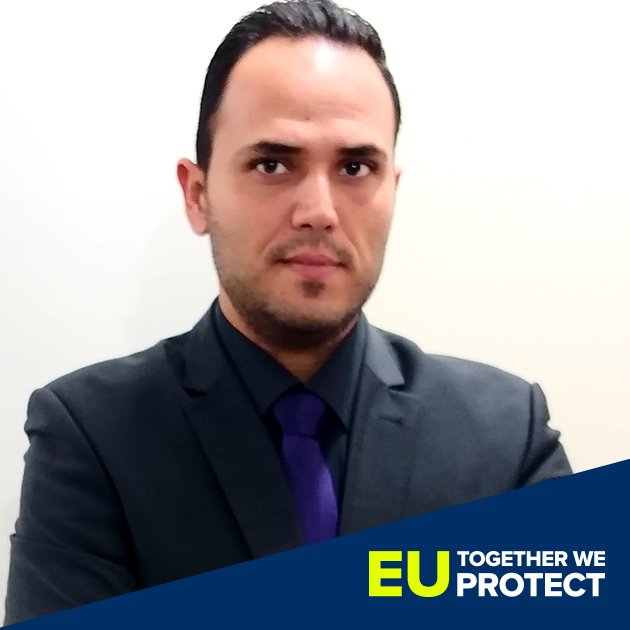 ONE of the island’s youngest police officers chosen to represent Cyprus as part of the EU-wide ‘local hero’ campaign, says that cooperation at European Union level is critical for solving and preventing human trafficking.

Georgios Thoma, 32, has been selected as an ‘ordinary hero’ in the ‘EU Protects’ campaign that aims to highlight the work done by local heroes in communities across the bloc by addressing problems that go beyond national borders, whether organised crime, food safety  or climate change.

Despite his young age, Thoma has been a police officer during the past 12 years and for the last four has served at the police Office for Combating Human Trafficking which marks the World Day against Trafficking in Persons on Tuesday, July 30.

According to the EU Protects campaign, “thanks to his work and the work of other ‘ordinary heroes’ and professionals from other countries, the EU is fighting more efficiently against human trafficking, helping police officers collect and share evidence and make arrests.”

For Thoma however, it is teamwork that produces results.

“Success is the result of teamwork. I just represent my colleagues who are ‘everyday heroes’,” Thoma told the Sunday Mail.

He can’t stress enough how crucial cooperation among EU authorities and agencies is for solving and preventing human trafficking cases.

“It would have been impossible to solve such cases without EU contribution and cooperation,” he said.

Thoma explained that cases concerning human trafficking have three phases: recruiting of victims in their own countries, their transfer to a transit country, and arrival at their final destination and exploitation.

“In these cases, we almost always have suspects in three different countries.”

The fact that Cyprus is an EU member state, but also due to its geographical position, he said, contributes significantly to being a destination for migratory flows and, at the same time, for victims of human trafficking.

Among the operations Thoma took part in was a joint investigation in 2017 organised by Eurojust, the European judicial cooperation agency, which led to the dismantling of a human trafficking and sexual exploitation network operating in Cyprus and Bulgaria.

The police asked Europol’s assistance to seek the help from other countries and from Bulgaria to solve the case, he said.

“It emerged that Bulgarian authorities had also launched investigations concerning the specific crime ring,” he said. Following consultations with Europol, a meeting was arranged at Eurojust where the two countries’ joint investigation team was set up.

Following coordination, he said, an operation was launched in November 2017 that led to the arrest of five suspects and the rescue of nine women who were forced into prostitution against their will. The five suspects were led before justice in Bulgaria.

But sexual exploitation is just another form of human trafficking that also includes among other things sham marriages and forced labour, he said.

According to Thoma, human trafficking is a lucrative affair and is constantly evolving making its identification and combating a huge challenge for the police, the states involved and the societies in which it develops.

He added that local networks of intermediaries working with traffickers are responsible for finding the mode of transport, escorts, employers and the place of residence of the victims while many legal businesses and offices work with the human trafficking groups.

These may be travel agencies, employment offices, law firms, model agencies, match making offices and more, he said, adding that victims are being promoted, amongst others, in construction companies, various entertainment centres, pubs, massage institutes as well as in the agricultural sector.

“Consequently, a number of theoretically ‘legitimate’ businesses can also be part of the circuit, ” Thoma said.

For all these reasons and many more, it is difficult for one to put an exact number to victims of human trafficking.

He said that the European statistical office Eurostat in 2015 recorded that 30,146 persons were identified as victims of trafficking in EU countries between 2010 and 2012. The majority – 66 per cent – were victims of sexual exploitation, 20 per cent victims of exploitation, and the rest were victims of other forms of exploitation, such as forced begging, forced marriages, coercion to criminal activities, etc. During the same period, more than 1,000 children were trafficked and sexually exploited, he said.  Of the total number of victims reported, 65 per cent were EU citizens.

“In Cyprus, statistics in the three-year period between 2016 to 2018 are also indicative of the spread of the phenomenon,” he said, adding that 108 persons were identified as victims of human trafficking, while 58 criminal cases were filed. These cases concerned 75 suspects, 51 men and 24 women.

“But European and international organisations dealing with human trafficking admit that these numbers are the ‘tip of the iceberg’”, he said, since a large number of cases never comes to the attention of the competent authorities.

Thoma said that the EU, recognising the extent of the problem, strives to contribute both to preventing and combating human trafficking through legislation, and a number of other actions and programmes.

“It is also of paramount importance to mention that within the European Union there is institutionalised police cooperation between states,” he said, concerning a common strategy, direct exchange of information, operational cooperation and supporting members through funding, training, research and innovative applications.

Thoma said that everything decided at European level at this front directly affects Cyprus.

To sum up, he said, it is easy to see how the EU plays a crucial role in preventing and combating human trafficking both with coordinating-background work and with the active involvement of its various organisations in real time in the “battlefield”.