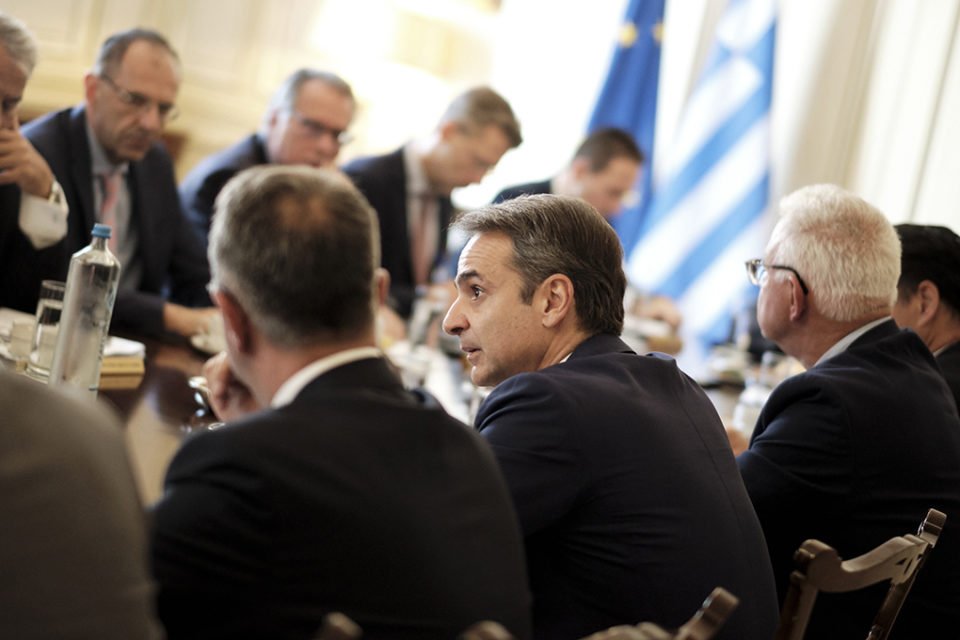 GREECE’S newly-elected Prime Minister Kyriakos Mitsotakis arrives in Cyprus on Monday, less than a month after his election, in what has become something of a tradition. He will be accompanied by his foreign minister, Nikos Dendias and will meet President Nicos Anastasiades soon after his arrival. He will also see the House President, party leaders and of course Archbishop Chrysostomos, as the protocol of our allegedly secular state dictates.

It is what could be described as a ‘courtesy visit’, which is more likely to reproduce the familiar platitudes about close cooperation between the two countries, but it could provide an indication of how relations between the two governments will develop in the coming months. Mitsotakis is likely to show caution, on his first visit abroad since becoming prime minister, and will be more inclined to listen rather make any major declarations.

We may, however, be given some sign of how relations will shape. Will he play along with Anastasiades’ trilateral alliance-making which had Greece following the Cyprus president’s initiatives regardless of the benefits? His predecessor, Alexis Tsipras, seemed to have been dragged into the trilateral diplomacy, treating it as a good PR exercise, which enhanced his image even if there was an impression that he was playing second fiddle to Anastasiades.

This was actually the case on the Cyprus problem, Anastasiades making it clear that he was calling the shots and expecting Greece’s unwavering support for whatever he decided. It helped that then-foreign minister Nikos Kotzias had hard line tendencies that were compatible with Anastasiades’ anti-settlement planning which Tsipras had no intention of openly going against. On the contrary, he fully backed Anastasiades’ schemes and rhetoric in public.

The practice of the Greek government giving its support to whatever the Cyprus president decided with regard to the national problem has been in place since the election of Tassos Papadopoulos in 2003. Joint planning and decision-making, with regard to the Cyprus problem, which also affects Greece’s relations with Turkey, has been abandoned since then, although our presidents have always liked to pay lip service to it.

It is to be hoped that Mitsotakis will not follow the easy way out chosen by his predecessors, who washed their hands of the Cyprus problem and allowed the Cypriot president to do as he pleased even though this had an impact on Greece-Turkey relations. Much will depend on the type of relations Greece’s new government will want to pursue with Turkey. If the improvement of relations is the objective, Greece’s government may have to have to abandon the mantra, ‘Cyprus decides and Greece supports’ and have a more proactive involvement in the Cyprus problem, even taking a lead.

This may be easier said than done as Mitsotakis will have the hawks of his own party to contend with, knowing that Anastasiades will appeal to them if he feared he was losing control. Ideally, the two governments should formulate a pragmatic plan together and work together on achieving its main objective which should be a Cyprus settlement and the smoothing of relations with Turkey, assuming that Ankara has the same agenda.

Since 1974, the biggest success of Cyprus – accession to the EU – was achieved because there was sincere and constructive cooperation between the governments in Athens and Nicosia. There were no hidden agendas and both worked together to achieve the objective, because then-president Glafcos Clerides was truly committed to close cooperation, as was Greece’s PM at the time, Costas Simitis. They also came close to securing a Cyprus settlement, only for elections to prevent this from happening. Clerides was voted out in 2003 and Simitis in March 2004, just before the Annan plan referendum.

Since then, Greece has gone through one of the most difficult periods in its history, coping with recession and austerity for the last decade, and understandably had neither the will nor the inclination to become involved in Cyprus problem games played by Cyprus presidents. Now that Greece is on the recovery path, it could become more actively engaged in the Cyprus peace efforts, providing a moderating influence and encouraging a pragmatic approach towards a settlement, which would also serve its national interests.

It depends on what Mitsotakis’ priorities are and on whether he is prepared to knock some sense into the Cyprus political establishment. We can only express the hope that Monday’s visit will herald the beginning of a more proactive involvement by Greece in the settlement efforts that Anastasiades has led to an impasse.

‘Enosis or death’, ‘taksim or death’.

Still seeking clues to the unknown