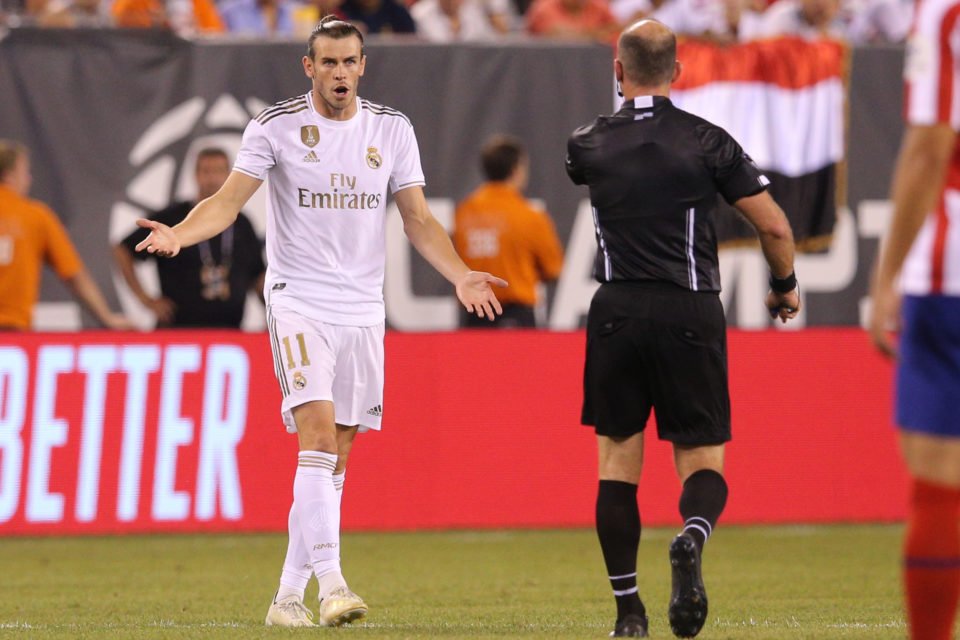 Reports said Gareth Bale’s proposed move to Jiangsu had collapsed after Real's board refused to approve his departure, with the Chinese club wanting to acquire the 30-year-old on a free transfer

Gareth Bale’s proposed move to Chinese club Jiangsu Suning has fallen through and the Wales international is set to remain at Real Madrid.

Bale had been expected to sign a three-year deal worth a reported £1 million a week but reports on Sunday said the proposed move had collapsed after Real’s board refused to approve his departure, with the Chinese club wanting to acquire the 30-year-old on a free transfer.

Real Madrid manager Zinedine Zidane has made it clear he is not Bale’s biggest fan and the player’s injury record – he has made just 79 LaLiga starts in the last four seasons – did not help his cause.

Last week Zidane said Bale was “very close to leaving” and his exit would be “best for everyone” after omitting him from their pre-season friendly against Bayern Munich.

“He wasn’t included in the squad because the club is working on his departure and that’s why he didn’t play,” Zidane said.

“Let’s hope, for everyone’s sake, that it happens soon. The club is dealing with the club that he’ll move to.

“It’s nothing personal. There comes a time when things are done because they need to be done. I’ve not got anything against him.

“We have to make decisions and change things, that’s all there is to it. You’re aware of the situation and there’ll be a change to it. I don’t know if this will happen in 24 or 48 hours’ time.

“The situation will change and it’s for the best for everyone. That’s how things go. I speak with the club, we’ve got decisions to make and it’s a decision that’s been made by the coach and the player. Let’s see how things play out.”

Bale moved from Tottenham to Real Madrid in 2013 in a then world-record £85million deal and has helped the club win the Champions League four times during his spell at the Bernabeu.

The 30-year-old scored twice in the 2018 final against Liverpool, his first arriving from a spectacular overhead kick just minutes after coming on as a substitute.

Bale has also appeared twice as a substitute in pre-season, scoring in a 2-2 draw with Arsenal – but seeing his spot-kick saved in a penalty shoot-out – and playing 30 minutes in the 7-3 defeat to Atletico Madrid.

Bale’s agent Jonathan Barnett had labelled Zidane a “disgrace” over the handling of his client and maintains any transfer will be done in the best interests of the Welshman.

“There will be no makeshift deals to get him out of the club. Gareth is one of the best players on the planet. I can guarantee you he will not be going on loan to any club,” Barnett told Sky Sports News on Tuesday.