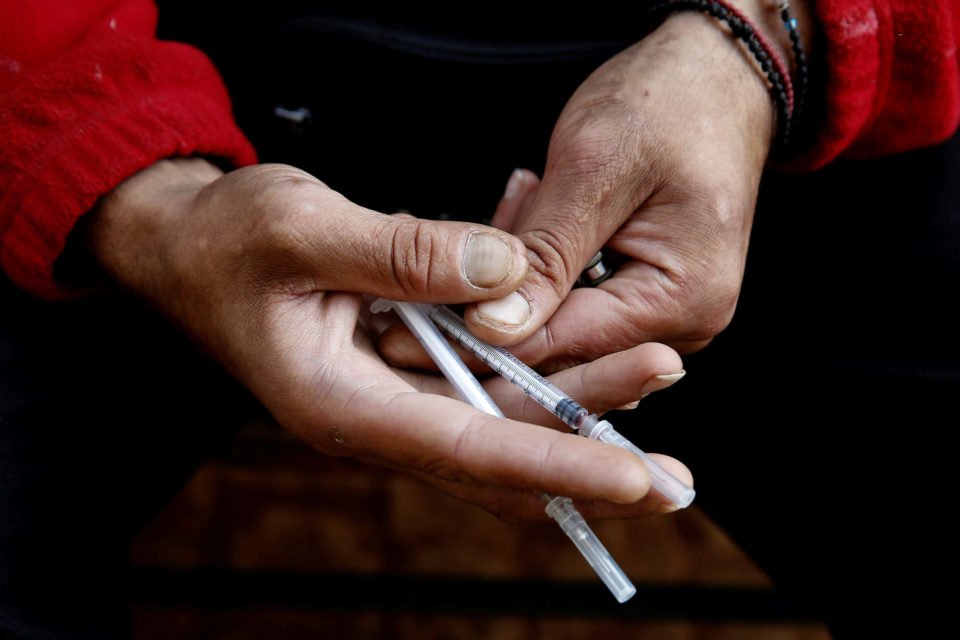 A heroin addict, who didn't want to be identified, displays needles used for shooting heroin near the Law School building at the University of Athens, Greece

Greece will propose legislation this week to scrap academic sanctuary, a law that was designed to protect protesting students and freedom of ideas but which the new government says is used as a cover for lawlessness.

The law is a legacy of the crackdown by the then military junta on students on Nov. 17, 1973, when a tank burst through the gates of the Athens Polytechnic, killing dozens, and leaving a deep rooted suspicion towards authority among Greeks.

The day became a defining moment in the nation’s history, and on each anniversary students march solemnly through Athens with a blood-stained flag. The prospect of the law being scrapped has brought some students out onto the streets.

Under the 1982 law, which has already been repealed and reinstated by different governments in the past years, Greek universities have been largely out of bounds to police.

But the newly elected Conservative government says the notion of academic sanctuary has outlived its purpose and is now being hijacked by criminal elements.

“From an asylum for the protection of ideas it has unfortunately become an asylum for lawlessness,” Greek Prime Minister Kyriakos Mitsotakis said.

Mitsotakis, who unseated leftist Alexis Tsipras in the July 7 election, campaigned hard on the issue of public safety; opinion polls showed the theme topped public concerns along with the economy.

Greek universities have long complained of drug dealing on campus, with addicts shooting up in plain view, and self-styled anarchists who make petrol bombs at some faculties for their regular encounters with riot police, or use faculties as squats.

Panos Tsakloglou, a professor at the Athens University of Business and Economics, said he and his students were once turfed out of their classroom by a group who squatted for the weekend.

“In addition we have quasi-criminal activities that take place within universities … Of course police non-intervention means these activities are flourishing,” he told Reuters.

The issue has become a political hot potato between the conservatives and the left-wing Syriza, which favours keeping sanctuary intact. It was repealed by the socialists after widespread protests at the peak of the country’s debt crisis in 2011, and reinstated by Syriza in 2017.

“I believe it is a dangerous anachronism, it is autarchy, to say that we will abolish the asylum law, it is like saying we will abolish a large part of democracy,” he told Reuters.

A couple of thousand students marched through Athens against repealing asylum last week. “I personally believe the free movement of ideas means that no institution of the state can intervene,” said student Theodoris Bourliaskos, 36.