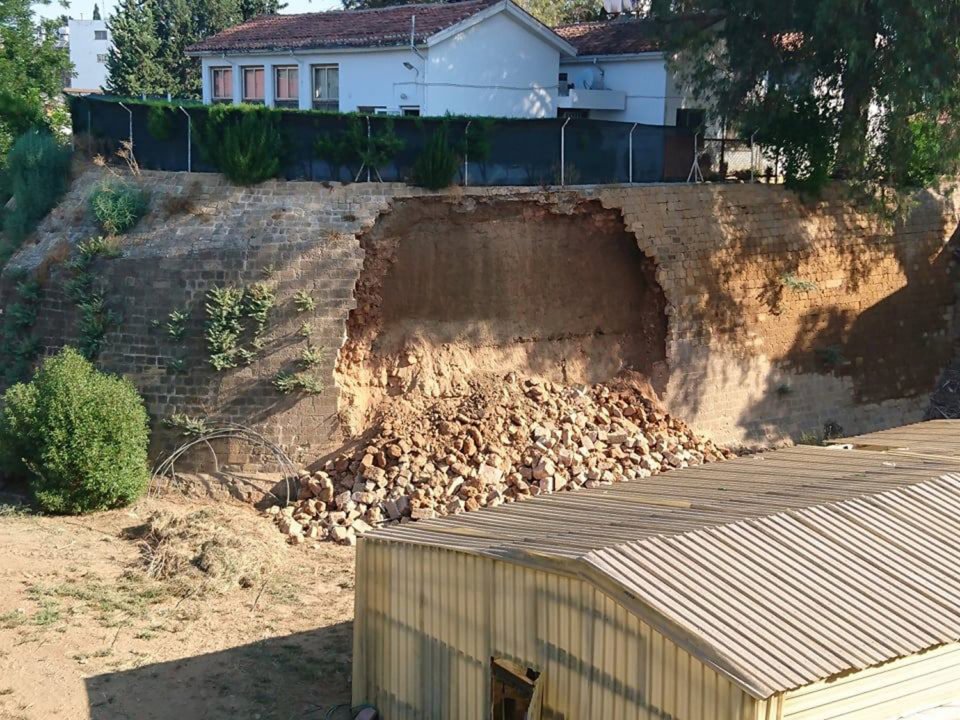 The Technical Committee for Cultural Heritage, together with UNDP, have undertaken to speed up procedures to repair part of the Venetian walls in northern Nicosia after a large chunk collapsed last week.

Part of Guerini bastion, near where the ‘presidential palace’ in the north is situated, came down on Friday.

Greek Cypriot co-chairman of the committee, Takis Hadjidemetriou, told CNA that together with UNDP representatives, they visited the site last week and decided to take urgent action to repair the section of the walls which had collapsed. For this, they adopted urgent measures which include a study and a report to be drafted and then a contractor hired to undertake the repairs by autumn.

Both Hadjidemetriou and Turkish Cypriot co-chairman Ali Tuncay have publicised the issue on their social media accounts.