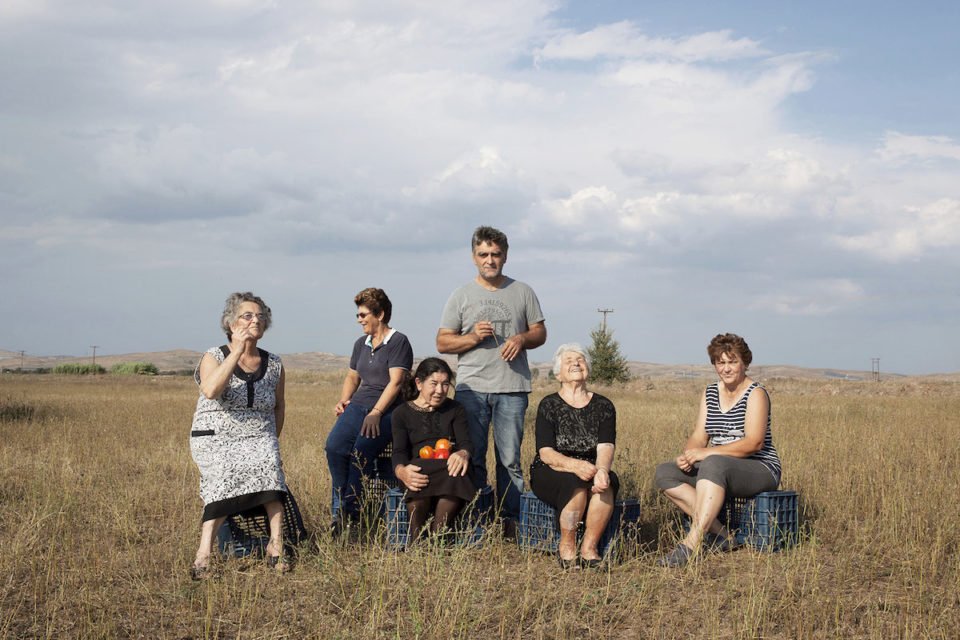 “There’s a notion that this genre is all National Geographic films about lions giving birth!” laughs Danae Stylianou. “But today, documentaries are actually an incredible vehicle for creativity. They’re a narrative created through reality, which allows the viewer rare access into real lives, focusing on unseen human stories which convey powerful messages that often define the way we look upon our world…”

Okay, you’ve been warned; if you’re after full-on feline frolics, the Lemesos Documentary Festival may not be for you. On the other hand, if you’re looking for fascinating real-life tales with a deeper meaning, you’re in the right place… For the last 14 years the Documentary Fest has brought an incredibly diverse programme of screenings on the theme of sociopolitical and environmental issues, “subjects,” adds Danae, the Festival Media & Communications Director, “which define the lives of contemporary citizens of the world.”

This year, organisers have chosen to highlight films which deal with “the extraordinary personas of the art world; those who have defined, through their fascinating work, the history of music, theatre, architecture, photography and cinema.” And, for good measure, they’ve thrown in a few features whose subject matter deals with “the importance of transparency in information, the current face of democracy, the rapid changes that happen worldwide on a sociopolitical level, and the grave climate changes that are taking place.” It’s certainly shaping to be an interesting series and, with 20 film premieres between August 1 to 8, the programme has a bit of everything. (Except lions.)

Taking place at the Lanitis Carob Mill in Limassol, and opening this Thursday, the festival showcases films produced during the past year by directors the world over – including more than a few from right here on the island. In fact, we begin at home, with Sofronis Sofroniou’s 15-minute short Cyprus, which portrays “a series of practices that lead to the undermining, alteration and readjustment of the political procedures in Cyprus, Turkey and Greece,” before leaping to the States with Nick Broomfield’s full-length feature Marianne & Leonard: Words of Love, which details the “beautiful yet tragic love story between Leonard Cohen and his Norwegian muse Marianne Ihlen.”

On August 2, we’re taking in the US once more with Midge Costin’s Making Waves: The Art of Cinematic Sound, heading back to Cyprus for Peter Medak’s The Ghost of Peter Sellers, and then off to the Netherlands for Hans Pool’s Bellingcat – Truth in a Post-Truth World. Over the weekend we’ve got Kabul, City in the Wind from Aboozar Amini; a detailed picture of screen legend Olympia Dukakis, with Harry Mavromichalis’ Olympia; and a documentary on the architect behind the Centro Botín art gallery in Santander from director Carlos Saura, with Renzo Piano: The Architect of Light. On Sunday we start with Earth, in which director Nikolaus Geyrhalter “observes people in mines, quarries, and large construction sites in a constant struggle to appropriate the planet”; move on to Marianna Economou’s When Tomatoes Met Wagner, “a humorous and uplifting story of two ingenuous Greek cousins and five village grannies who tackle the world market with their organic tomatoes”; and end with Jawline, a documentary about “16-year-old Austyn Tester, a rising star in the live-broadcast ecosystem,” from Liza director Mandelup.

Monday brings us just two screenings: the dangers facing refugees on the road, with Midnight Traveler from director Hassan Fazili, and a 60-year-old mystery in Cold Case Hammarskjöld from Mads Brügger. But we’re back to three on Tuesday, with Kim Longinotto’s Shooting the Mafia, Fredrik Gertten’s Push, and Barbara Miller’s #Female Pleasure – “a plea for the liberation of female sexuality in the 21st century.”

Wednesday sees Letters to Max from Eric Baudelaire, Elena Alonefti’s Empousa: Youth and Alcohol (a look at four local teenagers’ extracurricular activities), and The Men’s Room from Norwegian directors Petter Sommer and Jo Vemud Svendsen. And the final day of the festival brings Three Identical Strangers from Tim Wardle, What is Democracy? from Astra Taylor, and a good old knees-up at the closing party.

Throughout the week, there will also be looped screenings of various short films in honour of pioneering film director, screenwriter, actor and photographer Agnès Varda.

August 1 to 8, with screenings taking place at the Lanitis Carob Mill in Limassol from 6.30pm most days. For more information and a full programme of events, visit www.filmfestival.com.cy Entrance is €2 per screening or €25 for a Festival Pass