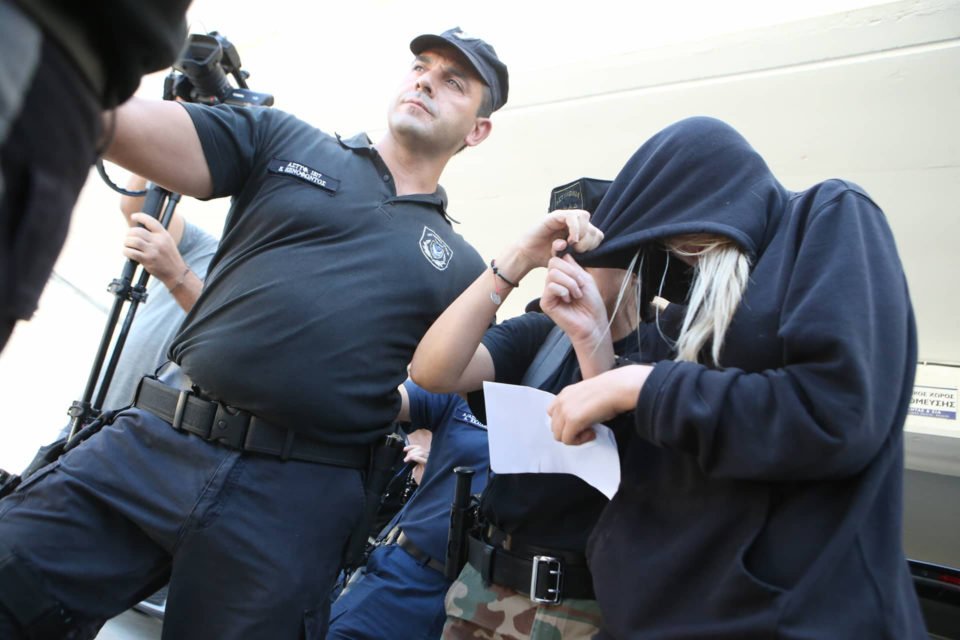 The lawyer for a British woman 19, has allegedly falsely claimed that 12 Israeli tourists gang-raped her said on Tuesday the dissemination of the video of the incident was far more serious than her accusation against them.

The woman was escorted to Famagusta district court by police on Tuesday, where she was remanded until August 7 for alleging she was gang-raped by 12 Israeli tourists almost two weeks ago.

She arrived at the courthouse with her head covered at approximately 9am, escorted by police.  She had been detained overnight following a court hearing on Monday that was ultimately postponed for 24 hours due to the absence of her lawyer.

The lawyer, Andreas Pittadjis, was present at the courthouse on Tuesday, and requested that the 19-year-old be given time to respond.  The court decided that she would remain in custody until August 7 as it deemed her a flight risk.

Pittadjis did not object to the eight-day remand as he said it would give him time to examine all the witness testimonies.

According to information, the 19-year-old reportedly admitted that she had consensual sex with some of the Israeli teens but when she realised that others were recording on their cell phones, it angered her and she allegedly decided to get back at them by saying she was raped.

Pittadjis requested the court be informed about who had leaked the video, saying that its dissemination was a bigger offence.

Speaking outside court packed with Cypriot, British and Israeli media, he said: “The offence my client is accused of is not considered to be one of the most serious offences in our criminal system.

“The fact that the video of my client appears to have gone around the world is a much more serious offence. I want to know who leaked this video and why? This sort of crime is punishable by more than a year in prison. Someone should investigate – both here and in Israel.”

Pittadjis said his client was “coping well” and was currently staying in a remand centre of the prison.

The district court judge, Tonia Nicolaou described the case as serious in the sense that although the offence in itself – public nuisance – was not, the severity of the impact on the 12 suspects had compounded the situation.  “It had repercussions in that there was a police investigation and that 12-men were arrested,” she said. If she is charged, the woman could face up to one year in prison and/or a fine of up to €1,700.

Doubts about the woman’s story began after one of the teens she identified as taking part in the gang rape was able to prove he was in bed with his girlfriend who had taken a selfie. The results of DNA tests also cast doubts on her story.

Authorities on Thursday released five of the 12 and on Sunday, the remaining seven. The woman was arrested that morning.  Three of the suspects did admit to having consensual sex with the woman.