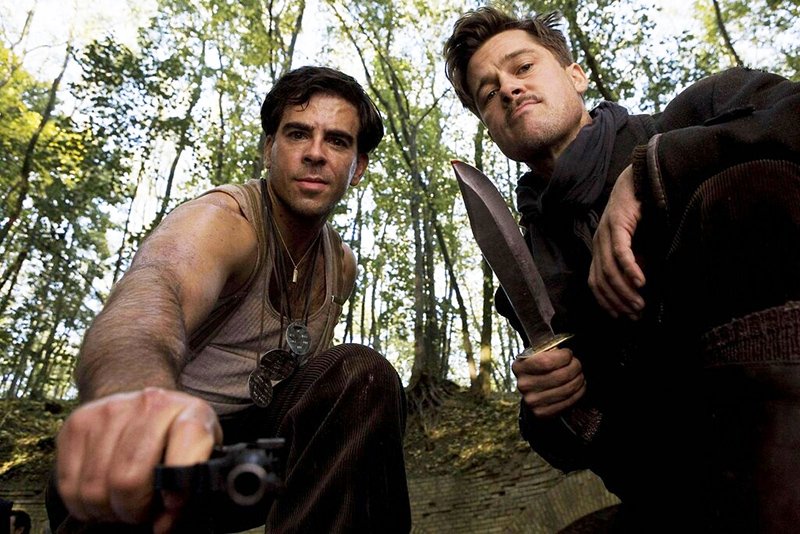 Things get lazier in summer, and it’s hard to find worthy films at the multiplex. Just as well that we have ‘Through the Decades’, our semi-regular summer feature, going back through film history a decade at a time. Look for it to continue through much of August.

Transformers: Revenge of the Fallen

Harry Potter and the Half-Blood Prince

The 00s ended with a promise for the 10s, that promise being the triumph of technology. Avatar, made largely on computer and driven by a high-tech gimmick (3D), became the most successful film of all time, a record that stood for 10 years till overtaken a few weeks ago by Avengers: Endgame. Admittedly 3D turned out to be a dead end, mostly because Hollywood used it so indiscriminately – but the promise turned out to be accurate, with smartphones and social media (mostly in their infancy in 2009) ruling our rapidly-waning decade.

2009, the first year of the Obama presidency, was a bit of a false dawn. The wars in Iraq and Afghanistan seemed to be winding down – Iraq drama The Hurt Locker, winner of six Oscars including Best Picture, offered some kind of closure – while Syria, Isis and Trump were all in the future. American films proffered delights like the amazing entire-life-in-four-minutes sequence in Up (that perpetually-distracted dog was good too), Nicolas Cage and an iguana in Bad Lieutenant: Port of Call New Orleans, the story of ‘the goy’s teeth’ in A Serious Man, and George Clooney as a furry domesticated gent in Fantastic Mr. Fox – but European films had a banner year, totally taking over our Top 10 list. Here it is, along with 15 other films that marked the year:

1. INGLOURIOUS BASTERDS “Once upon a time in Nazi-occupied France…” Quentin Tarantino’s last great film takes his underlying philosophy – that movies are better than real life – to its logical extreme, culminating in a ‘Revenge of the Giant Face’ which blithely rewrites WWII. Highlights include the tense 17-minute opener and ‘Cat People (Putting Out Fire)’. Christoph Waltz: a star is born.

2. WILD GRASS. The year’s other great film is a puzzle, a surreal romantic comedy made by an 86-year-old Frenchman (Alain Resnais) in eye-popping colours. The subject is the way social niceties and fear of embarrassment get in the way of our happiness – but the film is mysterious and hilarious, the bizarre final scene standing as a breezy two-fingered salute to Death itself.

3. THE FATHER OF MY CHILDREN. What if the most poignant moment of 2009 was a teenage girl getting confused over a coffee order? The girl is mourning the death of the titular dad in this sharp-eyed French drama, pungently set in the harried world of indie filmmaking. Director Mia Hansen-Love has perhaps the lightest touch in modern movies.

4. RAPT. A third terrific French film in a row – a genre procedural about a CEO who gets kidnapped, and the cops, associates and family who try (or don’t try) to get him back. A locus of human interactions, each with its own particular texture; the pace is fast, the sense of detail excellent, one’s attention never less than… well, rapt.

5. DUPLICITY. Two stars (Julia Roberts and Clive Owen) bicker wittily, twists and reversals keep coming. A silver-tongued spy thriller that may be too-clever-by-half – but in fact the artificial dazzle is deliberate, showing the games people play when they can’t say a simple ‘I love you’. Hugely enjoyable.

6. HADEWIJCH. From nun to terrorist: Julie Sokolowski, in a one-of-a-kind performance – so pure, so stubborn, so misguided – is Hadewijch, unable to see that her faith is really “self-love”. A study in delusion, made in a style to match its outlandish heroine.

7. ANTICHRIST. Willem Dafoe finds a fox in the forest. The fox looks at Willem. Willem looks at the fox. They stare into each other’s eyes, then the fox says: “Chaos… reigns!”. Lars von Trier, you wonderful madman.

8. EVERYONE ELSE. The girl wants to be different and special. She likes the boy’s aloofness – he’s not like Everyone Else – but in fact he’s also weak and pretentious, and they start to drift apart. Ebb and flow, superbly depicted.

10. THE WHITE RIBBON. Strange events slowly, inexorably lead to the birth of Fascism. Michael Haneke’s slightly facile – but remarkably tense – period drama is a film for 2009, and even more for 2019.

IN THE LOOP (Armando Iannucci)

UP IN THE AIR (Jason Reitman)