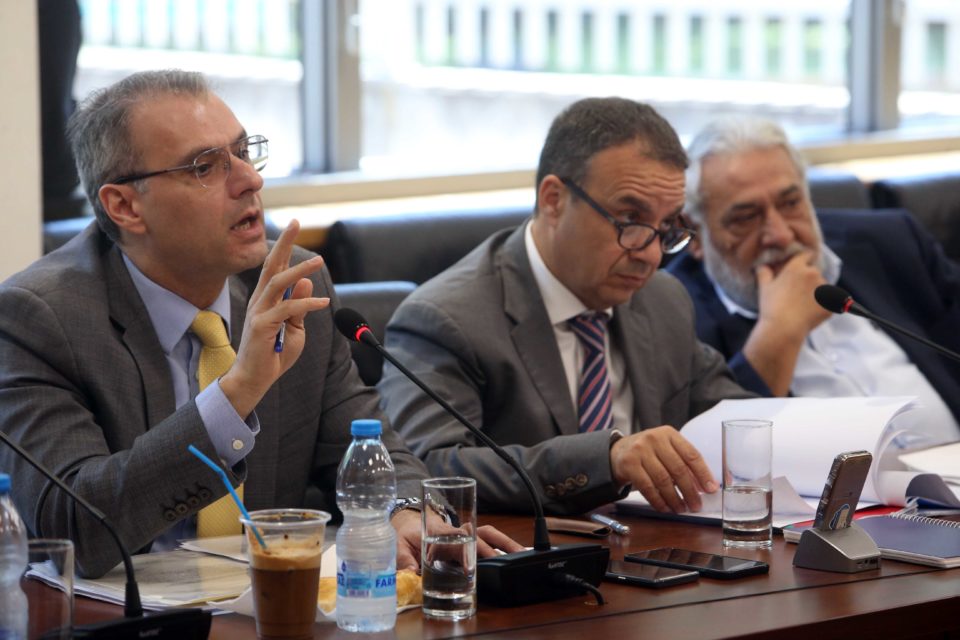 The European Central Bank (ECB) has warned that changing the foreclosures law would have a significant negative impact on the island’s banking system, MPs heard on Wednesday.

The ECB, together with the Single Supervisory Mechanism (SSM), want to give a legal opinion regarding the opposition’s insistence on amending the foreclosures framework, MPs were told.

“If such adjustments are finally approved, we expect a significant negative impact on loan loss that banks have to allocate under IFRS 9, extended recovery periods might have to be considered, reliance on the repossession of collateral might have to be reduced and the inflows of new NPLs might be accelerated, as the incentives to improve of payment culture and avoid strategic defaulters might be hindered,” the ECB said in an email to central bank governor (CBC) Constantinos  Herodotou, a copy of which was distributed to the members of the House finance committee.

Speaking before the committee, Herodotou told MPs that the ECB and SSM want to give a legal opinion on the matter since the changes proposed by opposition parties affected banks under their direct supervision.

MPs were debating a presidential veto to a bill passed on July 12 that effectively renders the foreclosures legislation ineffective and will very likely lead to a need for fresh capital as the value of collateral would be affected.

Herodotou told MPs that on Tuesday he received phone calls from the ECB and the SSM asking to give their legal opinion on the matter since the matter concerned banks under their supervision.

“We cannot do anything we want in important systemic lenders, the SSM is the supervisor,” Herodotou said. “That is why we have objections.”

MPs were discussing whether to accept the president’s veto, which would put the matter to bed, or reject it and leave it to the supreme court to have the final say.

The attorney-general has already said the bill contains unconstitutional provisions and opposition MPs want to find a compromise that the president would accept.

Diko proposed affording the financial ombudsman the power to decide whether a bank had complied with the CBC’s code of ethics on loan restructuring, one of the issues raised by opposition MPs who claimed borrowers were at the banks’ mercy.

Herodotou said this was considered a temporary solution, adding that the CBC would try and find a permanent way to resolve the matter.

“We want a mechanism to be found that will work but also be in line with our obligations towards the ECB and the SSM. We promise to run an analysis and come up with a mechanism,” he told MPs.

The CBC suggested enabling the ombudsman to halt a foreclosure during the period between the time he decided the code of ethics had been violated until the CBC issued its own decision.

However, opposition parties objected because the CBC’s proposal limited the scope of the bill to loans that have a primary residence as collateral.

“Let us cover the most sensitive, the primary residence that is, until we have the final proposal,” Herodotou said.

The bill in question had been passed by opposition parties on July 12. They said they wanted to introduce additional safeguards for homeowners with mortgages they are unable to service, and to restore the negotiating balance between lenders and borrowers.

A week later President Nicos Anastasiades refused to sign off on it saying it rendered foreclosures legislation ineffective, raising the risk of downgrades for the island’s banks and the economy.

“Foreclosures play an important role in the Cypriot financial system,” the ECB said in the email, affecting the very high non-performing loans in the Cypriot banking system that amount to 30 per cent compared with the 5 per cent of the average of the banks supervised by the SSM.

Foreclosures the ECB added, affect the coverage ratio of such defaulted assets via loan loss provisions, which relies heavily on the repossession of collateral to avoid a higher coverage associated to aged vintages, that is, older NPLs.

The ECB said that the amendments to the framework on foreclosures will potentially obstruct future NPL sales by the Cypriot banks.

“Given the key role of asset sales in the strategic NPL resolution plans of the main Cypriot banks, we are very concerned that the envisaged amendments to the foreclosure framework will weigh on the prospects for successfully concluding NPL portfolio sales,” the ECB said.

Noting that investors request a clear legal framework that would enable them to price properly the envisaged deals, the ECB added “that the significantly extended timeframe to dispose of collateral under the envisaged new foreclosure framework will have a perceptible impact on the price for such portfolio sales.”

The ECB said the amendment of the law on foreclosures would affect strategies to reduce NPLs, potentially impacting the bank profitability, solvency, quality of assets and rating.

“While an exact estimate of the impact is difficult at this point in time, it will be important part of our supervisory examination programme for 2020, which has to follow a risk-based approach for all institutions we supervise,” the ECB concluded.