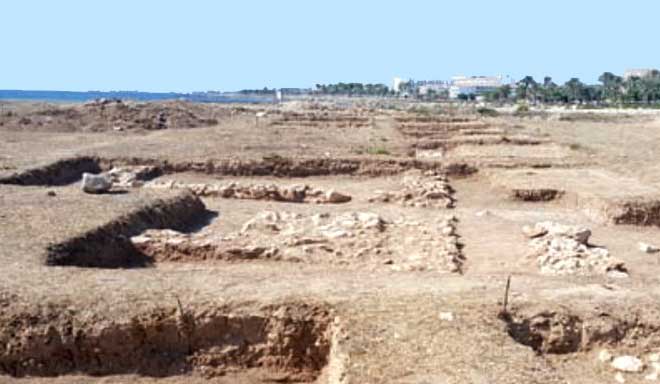 An archaeological site in Yeroskipou, Paphos has been declassified by the government and turned over to the church for development, Cypriot MEP Giorgos Georgiou commented on social media on Wednesday.

The MEP posted photographs on social media of a letter that he has sent to the European Commission to lodge a complaint over a 2017 cabinet decision to allow the church of Cyprus to develop on the archaeological site from the Hellenistic period in Cyprus.

Specifically, Georgiou said the church was planning to build two towers and a hotel where the archaeological site is located.

“This is a mammoth project, which is not only a blatant crime against cultural heritage of this country but also against the environment of the area,” Georgiou said.

In his letter, Georgiou also poses a set of questions to the EU, asking if they were aware of the issue, and whether or not they think it is acceptable for the business interests of the church to be put ahead of preserving cultural heritage in Cyprus.

He also called on the EU to take action over the planned development of the area.

The area in question is located in the Pachyammos area of Yeroskipou and is not connected to another development being built by the Hungarian company Atum Developments.