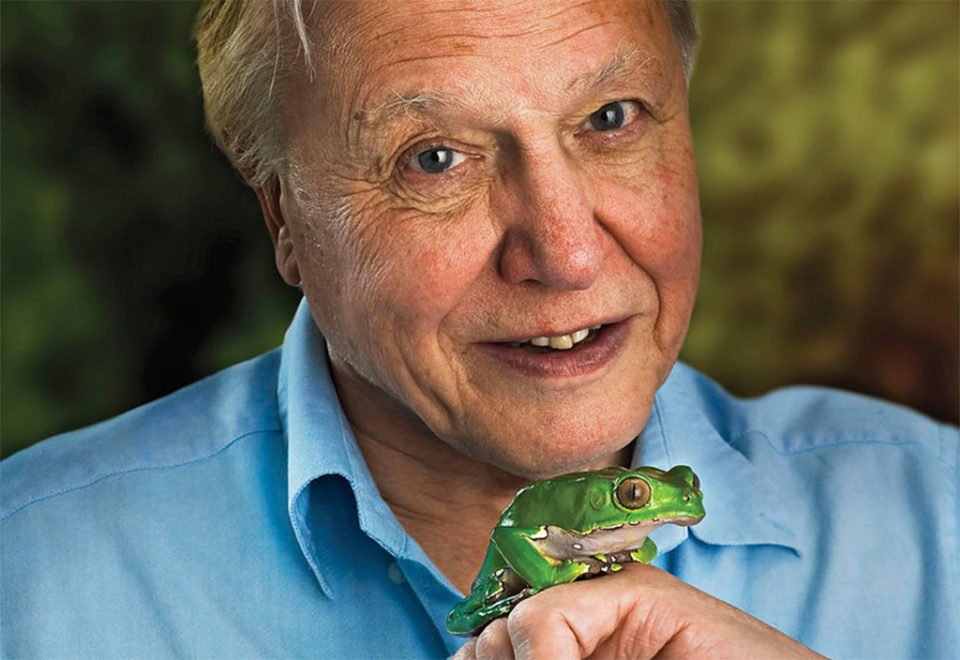 It was an Irish ladies’ night out, ladies without male companionship, widowed or divorced, so the chat eventually turned to men when we grew bored discussing our doddery ailments and family concerns. The men in our lives these days come via screens. Netflix is a favourite fishing ground for males worth watching for a stretch each evening.

There’s an expert I know who might have been highly amused by what followed, a man who rightly believes that health-giving sexual activity should continue as long as possible… until death us do part from our libidos. Our eldest, who shall be nameless, because she threatened me with dire consequences if I ever mentioned her name here, declared her admiration for David Attenborough. We all agreed he was lovely and doing marvellous work for the environment.

‘But he’s too old for… y’know?’ Dub, still ready and randy in that regard, told her. Nameless’ face exhibited that dire consequences were becoming her weapon of choice on anyone who upset her. ‘Who said anything about that? And how do you know he’s not… y’know… sexy with all his energy?’

‘I always thought he was sexy.’ I put in before synthetic nails were drawn. ‘I remember the young him in his jungle shorts; he’d a marvellous face and a voice I could listen to all night.’

Dub was intent on battle. ‘That’s what you’d be doing all night love, listening to his voice.’

‘You’re too crude by far,’ nameless hissed at Dub who shrugged. ‘And who would you pick – if anyone would have you?’

‘Ahh, no problem there… Adrian Dunbar from the Line of Duty series.’

‘Who’s he?’ Nameless drew a blank on that.

‘He,’ I informed, ‘is a fine lookin’ big fella who didn’t float up the Lagan on a bubble and worries about sucking diesel.’

‘He sucks diesel? An addict? Your type to perfection!’ Nameless smirked at Dub.

‘It’s just an expression,’ I explained, ‘He’s famous for lines like that. He plays a police superintendent from the North of Ireland.’ Obviously Nameless doesn’t have Netflix.

Patricia slugged her gin and whatever was escorting it and said, ‘Do you ladies fantasise about these images? The Tao warns about the fate of mating with ghosts.’

‘But they aren’t ghosts,’ Dub grinned, ‘they’re real. And tell the Tao to mind its own bloody business.’

‘But you lot don’t see them in reality, only on a screen. That’s not healthy. Falling in love or… God help us at our age… lust with a man you can’t touch is a lonely sport.’

‘Don’t you ever take a liking to an actor or a personality?’ I dared her.

‘Hmmm, Like? I used to drool over Liam Neeson till he turned into Action Man; I don’t like violent films. His friend Ciaran Hinds is very attractive.’ She gave me the devious eye. ‘And who do you fancy, missus woman?’

‘Me? I respect all of the aforementioned fine lads.’

‘Come now, o coy one,’ Patricia snorted, ‘aren’t we really talking about men we fancied? Respect is fine but, isn’t it a bit of rusty, geriatric rumpus-bumpus you creaky wanton old fogies have in mind? Besides, these men you ‘like’ are all younger than us, ageing Toy Boys except for perfect-for-Nameless, the Elder Attenborough.’

I thought Nameless would require medical assistance but Dub saved her.

‘You told me, Pat that Aidan Poldark Turner’s body ought to be preserved for posterity. He’s younger than the others and you accuse us of liking Toy Boys?’

‘The fickle heart so often leads the besotted grey head.’ Patricia’s gaze followed two elderly gents who had just come in. ‘Nice, but probably gay.’ Their mothers would have been proud of how meticulously turned out they were. Their tanned, lined faces still handsome. Aware we were watching them, they smiled pleasantly before taking up the menus. ‘That, ladies, is our kind of real estate.’ Patricia decreed, ‘our generation, and within our price range.’

‘Speak for yourself,’ Dub said giving the come hither to a couple of mere lads in their mid-fifties at the next table.