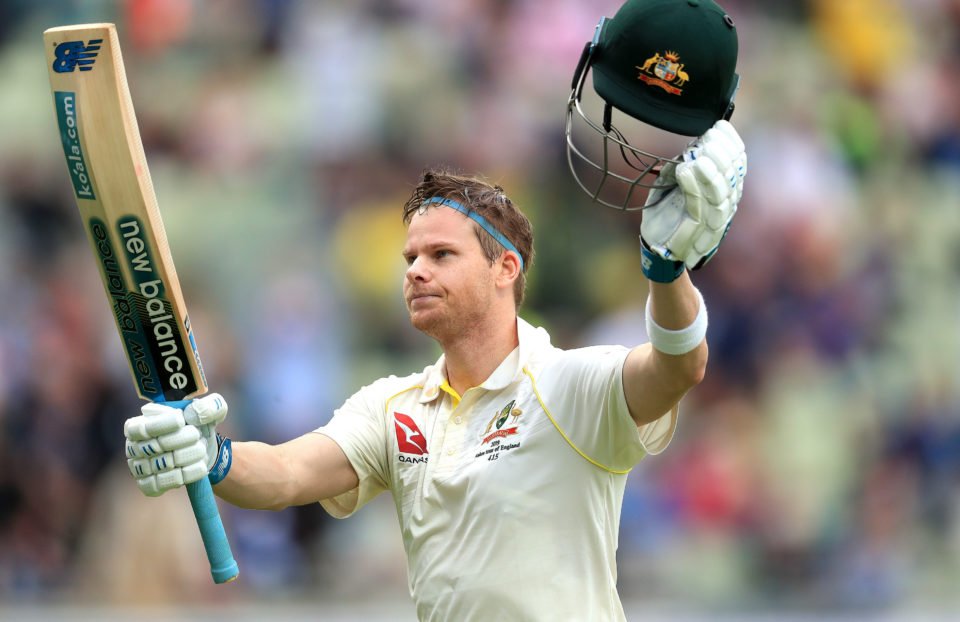 Australia’s Steve Smith struck a superb 144 on his return to the side as they recovered from 122-8 to reach 284 all out against England in the first innings of the first Ashes test before the hosts saw out two overs unscathed at Edgbaston on Thursday.

David Warner, who was banned along with Smith and Cameron Bancroft following a ball-tampering scandal, was out for two before Bancroft (8) fell, and Chris Woakes dismissed Usman Khawaja (13) as Australia went into the lunch break at 83-3.

England’s Jimmy Anderson did not return after lunch due to injury but the wickets continued to fall, leaving Australia struggling at 122-8, but Smith, who had earlier survived one of several incorrect on-field decisions, led the recovery.

He completed an emotional century — his 24th test 100 — before being bowled out by Stuart Broad, who finished with 5-86, before England’s Rory Burns and Jason Roy survived a brief spell at the crease, with the home side at 10-0 at the close of play.

“There were times throughout the last 15 months where I didn’t know if I was going to play cricket again,” said Smith, who was frequently booed by the England fans.

Smith and Warner were handed 12-month suspensions by Cricket Australia (CA) for planning to alter the condition of the ball in a test against South Africa in March last year.

Bancroft, who was caught on camera attempting to change the condition of the ball using sandpaper, received a nine-month ban for his role in the incident.

Buoyed by the boisterous crowd at ‘fortress Edgbaston’, England’s pacemen put Australia on the back foot straight away.

Villain of the piece Warner survived an early scare before Broad got his man, with the jubilant England fans waving pieces of sandpaper in the batsman’s direction as he departed.

Soon after Joe Root caught Bancroft in the slips off Broad’s bowling before Woakes, fresh from career-best test figures against Ireland, enticed an edge from Khawaja.

In Anderson’s absence, Travis Head and Smith put on 64 for the fourth wicket before Woakes struck again to dismiss Head.

The umpires’ poor afternoon continued as Aleem Dar gave Smith out leg before wicket, only for the Decision Review System to again overturn the call, before another overturned decision saw Matthew Wade (1) dismissed lbw.

Captain Tim Paine (5) was next to go, before James Pattinson became Broad’s second wicket in three balls when he went for a duck.

Peter Siddle and Smith steered Australia to tea, before a super catch from Jos Buttler at short leg brought an end to Siddle’s resistance on 44.

But the day belonged to Smith as he moved past 100 with a fine drive through the covers before Broad’s 100th Ashes wicket ended the batsman’s brilliant innings.

“We don’t know how good the score will be until we bat on it,” Broad said. “The way that Smith played showed there are runs to be had on the pitch.”