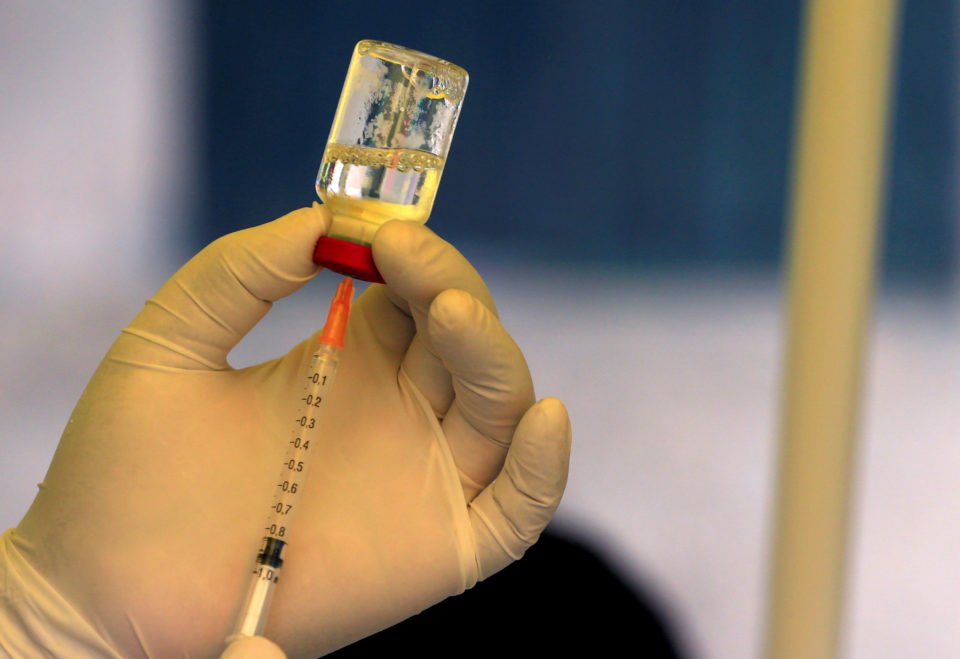 Congolese authorities were racing to contain an Ebola epidemic on Thursday, after a gold miner with a large family contaminated several people in the east’s main city of Goma before dying of the hemorrhagic fever, officials said.

The government’s Ebola response coordinator Jean-Jacques Muyembe said an estimated half of cases of Ebola – which has killed at least 1,800 since the outbreak started a year ago – were going unidentified.

“If we continue on that basis, this epidemic could last two or three years,” he told a news conference in Goma.

This is the second worst Ebola outbreak on record, after a 2013-16 West African epidemic infected 28,000 people and killed 11,300, mostly in Liberia, Guinea and Sierra Leone.

On Friday the government said the wife of the miner had tested positive for the disease – the fourth case confirmed in Goma, more than 350 km (220 miles) south of where the outbreak was first detected, raising fears of an acceleration in infections close to the border with Rwanda.

“The gold miner … will have contaminated several people, but for the moment it is only his wife and one of his ten children who are sick,” Muyembe said.

The man himself had died of the virus earlier this week and only sought treatment more than a week after starting to show symptoms.

“The individual concerned spent time with his family … (being) very symptomatic within the community. So we did expect further cases and we are seeing further cases,” Margaret Harris, a spokeswoman for the World Health Organisation (WHO), which declared Ebola an international health emergency last month, told journalists in Geneva.

A sister of that same miner who had travelled to Congo’s South Kivu province was swiftly identified and brought back to Goma, Muyembe said.

Health workers are technologically better equipped than ever to fight Ebola, which causes vomiting, diarrhoea and bleeding, and kills more than half its victims.

New tools including a trial vaccine, experimental treatments and futuristic cube-shaped mobile treatment units have helped curb the spread of the virus. But public mistrust and rampant insecurity in parts of east Congo have hampered the response.

The government said one of the couple’s daughters has also tested positive for Ebola. Two other daughters were negative in preliminary checks.

A spokesman for Congo’s Ebola response team, Giscard Kusema, said in Goma that of the 300 primary and secondary contacts of the miner so far identified, 240 had been vaccinated. Two of the Ebola patients who were caught early are doing well.

“The two patients’ vital signs that are out of danger and we hope they will become the first people cured in Goma,” Muyembe said. “If you show up for treatment early the chances of survival are relatively good.”

Goma, a city of at least 1 million people, lies nestled among hills and an active volcano bordering Rwanda – whose authorities briefly shut the border in panic on Thursday, against advice from health officials.

“When you close borders… two things happen: first you get panic, people see this as a signal to start panicking,” Harris told reporters in Geneva. “Second, people who do have symptoms go underground … so we are even less likely to detect where this virus is moving,” she added.

Two people have died in Uganda, which also borders Congo, further north. Harris said 538 primary and secondary contacts had so far been traced of all four Ebola patients in Goma.

Deadlock in talks with skip owners over high cost