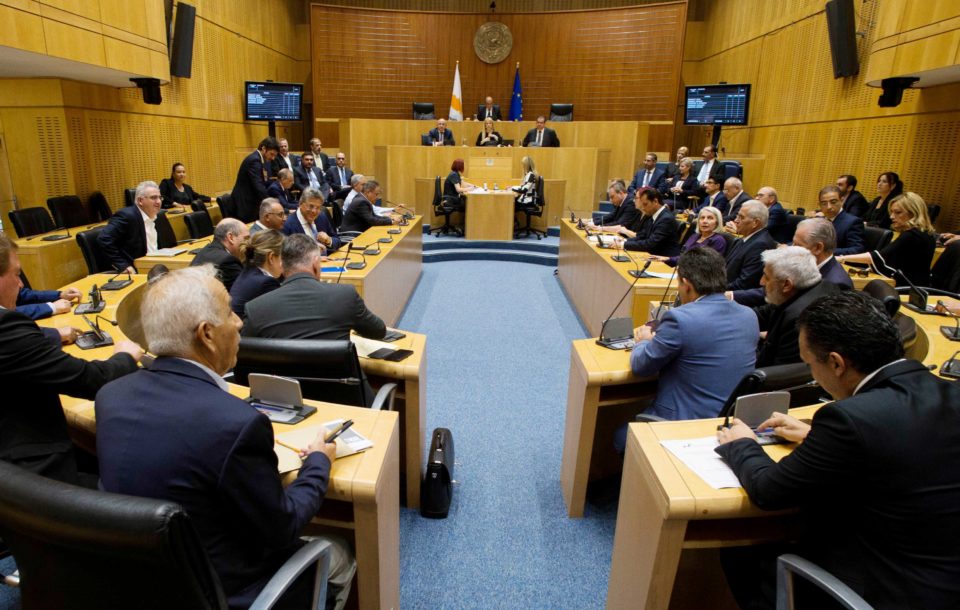 Parliament on Friday accepted a presidential veto to a bill amending the foreclosures law with potentially negative effects on banks and the economy and approved a compromise proposal designed to protect vulnerable borrowers.

The bill in question had been passed by opposition parties on July 12 who said they wanted to introduce additional safeguards for homeowners with mortgages they are unable to service and to restore the negotiating balance between lenders and borrowers.

President Nicos Anastasiades vetoed the bill amid warnings from the European Central Bank, the Single Supervisory Mechanism, and national authorities, that it would weaken the foreclosures legislation and seriously impact the financial system and the economy.

Ruling Disy supported a Diko compromise proposal that affords borrowers with bad debts the ability to seek recourse with the financial ombudsman who will decide whether a lender had violated the central bank’s code of ethics regarding loan restructuring.

If the ombudsman decides there is a violation, the borrower can then seek a court injunction halting the foreclosure procedure.

Speaking before the House finance committee ahead of the vote, Finance Minister Harris Georgiades recommended to MPs to uphold the veto to give time to examine Diko’s compromise proposal.

“We insist on our position in favour of accepting the veto to give enough time for the proposals to be examined in-depth and be evaluated by the central bank of Cyprus and secure a legal opinion from the European Central Bank,” the minister said.

He added that Diko’s proposal appeared to be an improvement from what was passed two weeks ago.

Despite this, “our suggestion continues to be in favour of the veto so as not to make any hasty decision,” Georgiades said.

He was echoed by central bank governor Constantinos Herodotou who asked for time to come up with a viable mechanism that will be approved by the ECB and the SSM.

Herodotou said he respected the concerns voiced by MPs but the mechanism should not be general and cause “delays in the banks’ efforts and affect financial stability, nor should it be exploited by borrowers who might want to stall.”

The governor said the new amendment had “fewer negative effects.”

Financial ombudsman Pavlos Ioannou reiterated his suggestion to postpone discussion of the matter until October but he added that Diko’s new proposal was good.

Anastasiades told parliament that he was vetoing the bill because it effectively rendered the foreclosures law ineffective, raising the risk of downgrades for the island’s banks and the economy.

The changes would impact “the values of the collateral, straining bank balance sheets and leading to demands from supervisors for additional provisions and fresh capital,” the president said.

The July 12 amendments passed almost a year after improvements to the foreclosure framework were adopted in response to International Monetary Fund and European Union pressure that facilitated banks’ efforts to foreclose and which have started to produce results.

They allow the defaulted borrower to obtain a court decision that stalls a foreclosure process if it is proved that a bank has not taken all necessary actions required by the central bank directive to restructure a nonperforming loan.

At the same time, the amendments clearly state the reasons a defaulted borrower can cite to challenge the auction of the property.

Amendments also include, among others, extending to 45 days from 30 days the payment due date following a notice and the auction of a property following a notice; and preventing the sale of a property at below 80 per cent of its market value for six months, from three months previously, while maintaining a floor of 50 per cent of the market value for any potential sale.