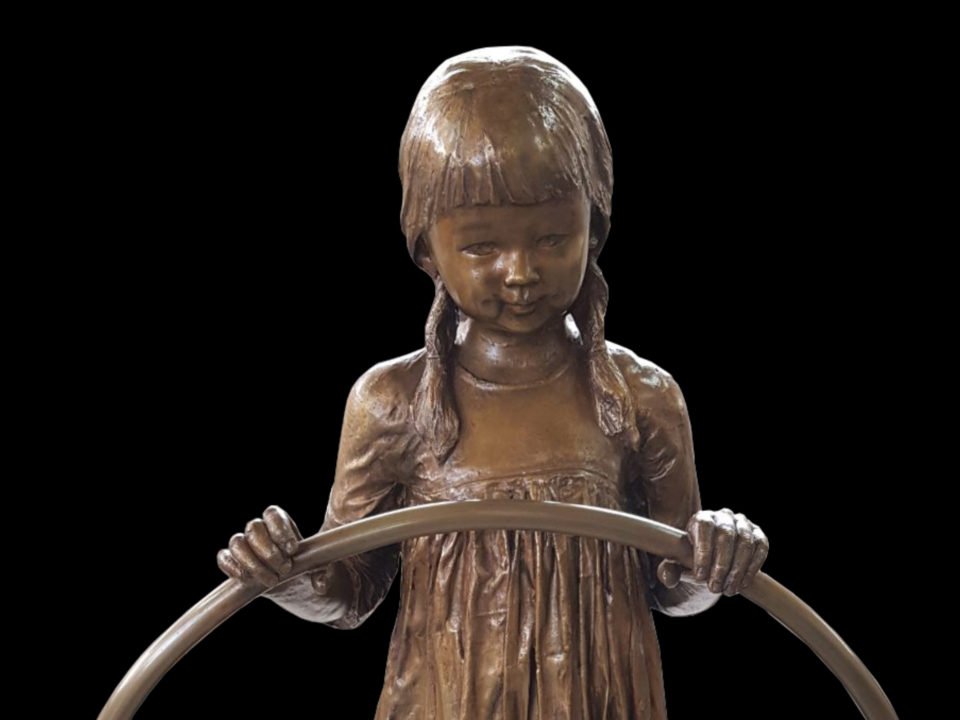 Paphos municipality has given the go-ahead for a new sculpture of a young girl with a hula hoop to be placed at the entrance of a recently created children’s playground in the heart of Paphos’ old town.

The new work is the creation of renowned Paphos based artist, Yiota Ioannidou, and is being gifted to Paphos by Chinese businessman, Henry Jiang.

At Thursday evening’s council meeting all 11 members voted unanimously to allow the statue to be placed outside the playground, which is opposite the entrance to the historic and recently revamped Ibrahim’s Khan.

“I wanted to give something back to Paphos as my family has had so much love from Cypriots in Paphos, and living in Paphos is like paradise for us. We love it here and people have been very welcoming and friendly and we have many friends,” Jiang told the Cyprus Mail on Friday.

Jiang moved to Paphos in 2012, and he said that his family has been embraced and welcomed by locals and they had immersed themselves in the culture. His children are happy growing up in Cyprus and speak Greek. “I love Greek music and Cypriot food,” he said.

The creation depicts a small girl who holds her toy in her hands, a hula hoop, which references a special identity and a cultural nod to the city that is being recreated, said Ioannidou.

“I thought it was a great idea to do this for him, and a good idea to put in the town. Everybody is trying their best to make the centre come alive and encourage more people to visit. It has been upgraded and looks beautiful, we just need more people here,” Ioannidou told the Cyprus Mail.

She added: “If you spend an afternoon walking in the town with a child, you will look at the world in a different way. Children are well suited to the small wonders of the world.”

She said a child’s toy, like a hula hoop, is recognisable and often seen as a “circle of life”. This represents the two extremes of birth and death and also a plethora of other elements that give meaning to the context of life, she explained.

Solidifying the creative thought behind the statue Ioannidou said that life can move between two points, but always struggles to lengthen the spaces between them and enrich them.

“In one move, there is an adventure, a clash with the unknown, the random, the unexpected and we commonly say that the circle of life has a beginning and an end, But who can inevitably distinguish the beginning and the end in a circle?” she said.

As soon as the green light is given to install the latest public artwork, perhaps as early as next week, the Circe will be put in place. The statue will also provide great photo opportunities for families visiting the new park, Ibrahim’s Khan and the old town in general.

‘The Circle’, is the fourth sculptural composition by the Paphos-born artist to be placed in the town, The girl with a sparrow, The Little Fisher Boy and Sol Alter, a homage to Aphrodite, attract hundreds of visitors.