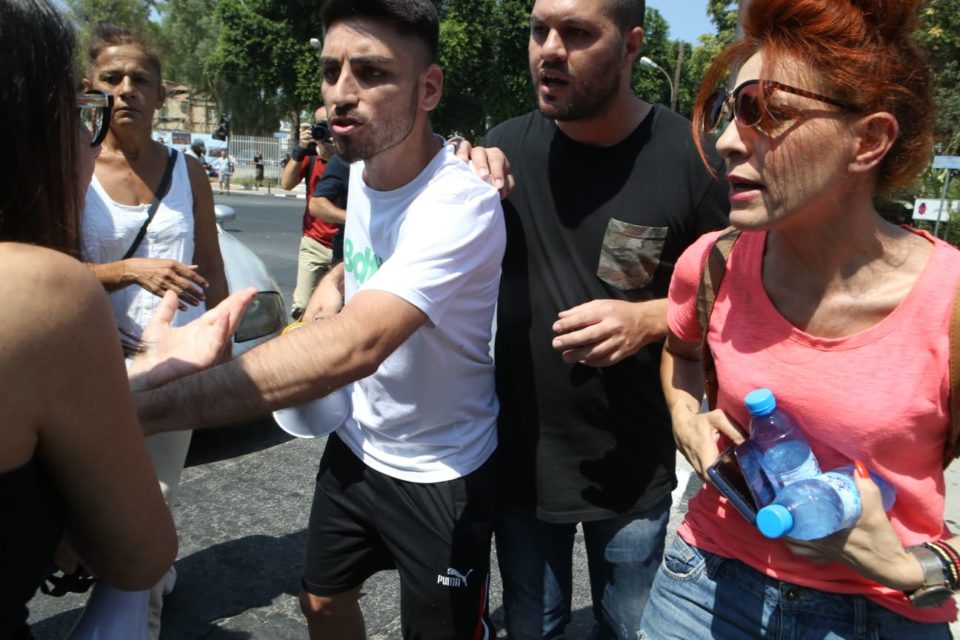 Demonstrators outside the House on Friday

Up to 100 protesters gathered outside parliament on Friday morning while an extraordinary House plenum session was underway inside to vote on a second veto by the president on changes to the law of foreclosures which seeks to prevent changes to existing legislation.

The protesters, members of anti-foreclosures and borrowers’ associations, called on MPs not to agree to the referral of the bills.

Their concern is that any changes to the law amendment passed by the House plenum on July 12, and later  vetoed by the president, would mean losing their rights. They argued that the foreclosures framework approved a year ago in July 2018 had given banks too many weapons against borrowers and last month’s amendments redressed the balance.

The president referred the embattled bills on foreclosures that have been deemed as unconstitutional. The changes made by opposition parties on July 12, would defang the banks’ ability to recoup loans that have gone bad by making it more difficult to repossess mortgaged properties.

“There must be a balance between the banks and borrowers, that is all we ask for,” member of the Movement against Foreclosures, Evgenia Moyseos said.

She added that the law approved by parliament last month was protecting borrowers and their rights to access to courts.

“There are two fundamental rights which they had removed (in the summer of 2018) and they are trying to take them away now too,” she said.

Moyseos said they did not want any change in the law passed last month nor any referral to the supreme court.

“We call, especially on the president not to refer any laws that favour the people.”

The protesters held banners calling for the protection of homes and small businesses and for no evictions.

One banner said: “Housing is a human right, not a merchandise.”

Among the participants were members of the Movement against Foreclosures, the Association for the Protection of Bank Borrowers (Syprodat) and the Primary Residence Association.

A delegation of the protesters delivered a memo to the House permanent Secretary Socratis Socratous.

Tempers frayed during the protest as demonstrators blocked a road outside the parliament building. Protestors started shouting at one driver who had insisted on passing through the street blocked by the protesters outside parliament.

Later on, police blocked the road and diverted the traffic.

A police source told the Cyprus Mail, that even though no one had the right to interrupt traffic it was most probably decided to let this one slide to avoid incidents.

Just before 1 pm police announced that the following roads will be closed due to the protest:

Hilonos street from its junction with Metochiou street up to the old Nicosia hospital.

Tourism revenue dropped in May