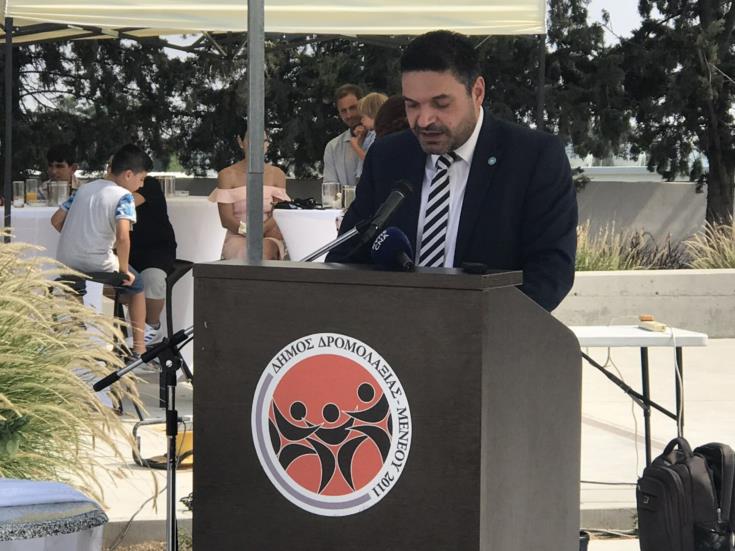 Interior Minister Constantinos Petrides is sending a formal letter to the EU and Commission counterparts asking that a significant number of refugees under asylum protection in Cyprus be relocated to other member states, it emerged on Sunday.

In statements in Dromolaxia, Petrides was asked about the increasing inflow of asylum seekers coming through the north. “This is indeed a unique anomaly due to the occupation. We are a country in the European Union that cannot control our northern borders and Frontex cannot patrol as in other countries so we cannot take these measures taken by other countries,” he said.

“In the absence of any permanent solution at a European level, namely the Dublin Regulation, which provides for temporary and voluntary arrangements, and because it seems that a permanent solution is not going forward, we are officially demanding a more substantial redistribution of people.”

Petrides said that next week an official letter would be sent by Cyprus, “from me to all my counterparts but also to the European Commission” to request the relocation of a significant number of people who are protected in Cyprus,” he added.

The aim, Petrides said is to stop at least to some degree the disproportionate burden on Cyprus.

“With the official response from these countries in writing, we will see to what extent this solidarity that we are seeking and that the European Union itself says is at its core, exists, Petrides said.

Asked to comment on criticisms that Cyprus is not properly managing the large influx of migrants, the minister said the management that has been carried out by the Republic was one that has prevented a humanitarian crisis in EU countries that do not have the minimum number Cyprus.

“So this criticism is unfair because of the overwhelming burden when you have to process a thousand applications a year means there will be delays,” he added.

He said Cyprus was constantly improving infrastructure and facilities but in any country the local labour market and economy as a whole can only absorb a certain number of people and “when that number is far exceeded then the system, whether it is called an asylum system or a welfare system, cannot cope sufficiently and quickly.”

He repeated that the criticism is unfair and suggested the media ask Labour Minister Zeta Emilianidou how much the welfare system has been burdened by the management of so many thousands of extra people.

Petrides announced on Wednesday that his ministry would create one or two more refugee reception centres catering for 1,000 persons to respond to the increased migration flow.

He said there were 15,000 asylum seekers and that another 15,000 had been granted subsidiary protection status.

One or two more reception centres catering for a total of 1,000 people would be needed, he said.

The minister reiterated however that Cyprus could not host 30 to 40 reception centres and end up another “depository of souls”.