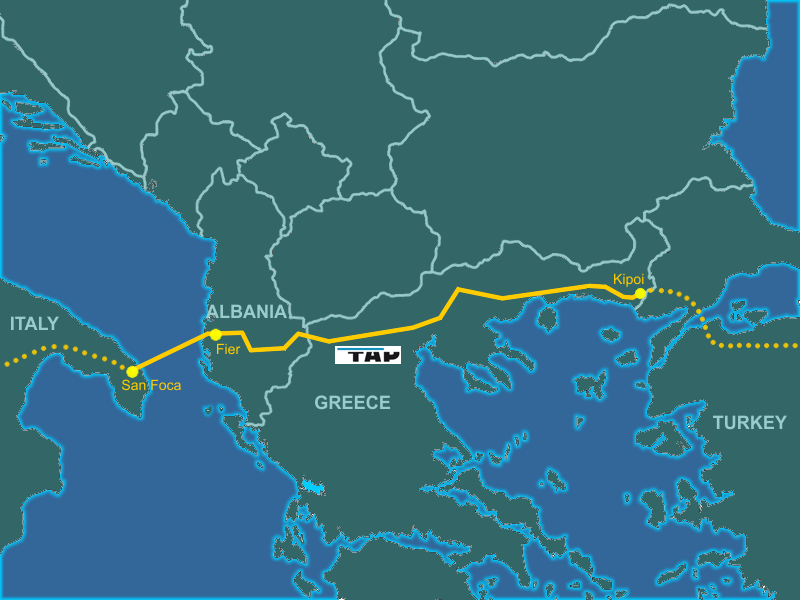 It will take some time before the East Med Gas Forum progresses from being a regional talking-shop into the influential international organisation it aspires to become.

The East Med Gas Forum (EMGF) had its second meeting on July 25 in Cairo, attended by energy ministers and representatives from Egypt, Cyprus, Greece, Israel, Italy, Jordan and the Palestinian Authority. It was also attended by France and the World Bank, with high-level US and EU participation, demonstrating their strong support for the forum.

The meeting agreed to further the development of EMGF and to increase cooperation for the promotion and exploitation of natural gas reserves in the East Med and “pave the way for a sustainable regional gas market”. The participants also agreed to form a committee to elevate the forum into an international organisation.

However, the details of what this regional gas market will involve and how it will come together and operate are quite vague. The statement issued at the end of the meeting did not indicate how or what steps East Med countries will take to develop the region’s hydrocarbons.

Despite all good intentions, the EMGF meeting was useful in terms of regional politics but vague and lacking on practicalities, especially given the region’s burning problems in need of urgent resolution.

For example, Turkey’s continuous violation of Cyprus’ EEZ, and its declared intention to continue doing so despite international criticism and EU’s intention to impose sanctions did not get a mention in the issued statement. There was not even an expression of solidarity with Cyprus.

This lack of clear support to one of its founding members, Cyprus, demonstrates the limitations of the forum.

It will take some time before EMGF progresses from being a regional talking-shop into the influential international organisation it aspires to become.

Existing export infrastructure for East Med gas is confined to Egypt’s two liquefaction plants at Idku and Damietta, which are on the way to become fully utilised by next year.

Israel hopes to be able to export gas to Egypt through the existing Eastern Mediterranean Gas pipeline (EMG) by November, but there are still issues to be resolved.

Cyprus and Egypt have signed and ratified an inter-governmental agreement to enable construction of a pipeline to potentially export Aphrodite gas to Egypt’s liquefaction plants. But a gas sales agreement is not expected until three years from now, with the commerciality of such sales still to be demonstrated.

Through these projects, Egypt will hold the key to East Med’s gas export future.

But the key export gas pipeline project that has been in the limelight for a number of years now is the East Med gas pipeline. In November 2018 the governments of Israel, Cyprus, Greece and Italy reached agreement on the construction of this pipeline based on the results of a feasibility study funded by the EU. This has strong backing from the US and the EU.

Apart from technical challenges – having to be installed in over 3000m water-depth – the greater problem this pipeline faces is that the price of gas required to make it commercially viable is too high to compete with prevailing gas prices in Europe. That’s why so far it has remained a political project without industry participation.

In addition, the Italian government confirmed that it will not allow the landing of the pipeline in Italy, unless it goes through the Trans-Adriatic Pipeline (TAP), which is a challenge as TAP does not have the required capacity to accept East Med gas. And that’s where the matter currently stands.

The elephant outside the room

EMGF does not include Turkey, Syria and Lebanon. Even though the latter is in discussions with Egypt that eventually may allow it to participate, Turkey is presenting a problem.

Turkey can join but needs to abide by the main objective of EMGF, to fully respect the sovereign rights of its members in their natural resources, in accordance with the principles of international law.

Most of the region’s gas exploration, production and potential export does not need the cooperation of Turkey. Its impact is on what happens with the exploration and export of gas from Cyprus’ EEZ. The EMGF has not taken a position on this. The EU and US might be able to use their influence, but pressure and sanctions so far have not had any impact.

Turkey is determined to carry on with exploration and drilling in Cyprus EEZ and it is likely to extend this into Cyprus’ declared EEZ blocks. It is also likely to hinder Cyprus’ 2020-2021 drilling programme announced last week. Only resumption of negotiations to resolve the Cyprus problem can help resolve these problems.

Is this a strategic priority for the EU and the US?

The EC and the US strongly support EMGF. It is also reported that France is considering joining it. But is the East Med a strategic priority for them? Can EMGF really help hydrocarbon development and export from the region?

The US would like to see East Med gas exported to Europe to lessen dependence on Russian gas. But this can happen only if East Med gas can compete with prices prevalent in Europe, which is a challenge.

Shifting US strategic priorities in the region are also demonstrated by US Assistant Secretary Francis Fannon’s plans to attend the trilateral meeting of the energy ministers of Greece, Cyprus and Israel in Athens on August 7.

This is a continuation of previous tripartite meetings between these countries, with US support. It will probably concentrate on the East Med gas pipeline – a highly challenging project, as discussed above.

So far EMGF is a forum useful in terms of building relationships and cooperation, but not in terms of anything practical, including resolving problems – this could be a longer-term ambition. Turkey still does, more or less, whatever it wants in the region, dictating the agenda. And exporting East Med gas is beyond EMGF. It is subject to global markets and prevailing low gas prices – a major challenge difficult to overcome.

Dr Charles Ellinas, is a senior fellow at the Global Energy Center of the Atlantic Council @CharlesEllinas

Anastasiades will ‘try to reach out to Akinci’