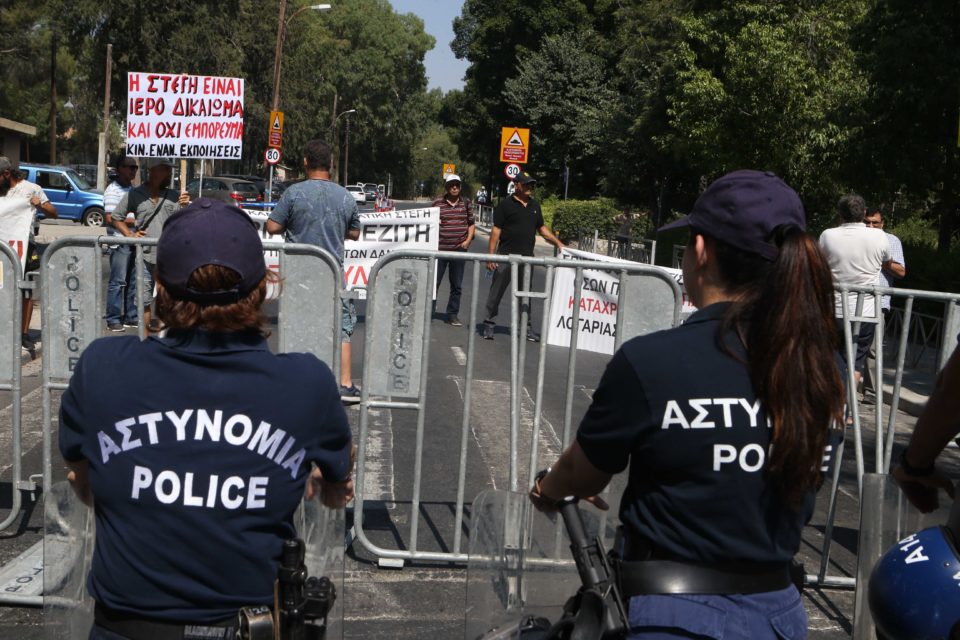 I CANNOT say I understood the half-baked solution the legislature came up with on Friday regarding the row with the president over foreclosures, but will have to accept that the new Diko proposal will not be as catastrophic for the banking system as the law of July 12 which was vetoed by Prez Nik.

Disy obviously reached a compromise with Diko whereby the latter accepted the president’s veto and, in exchange the former, backed a new less effective law drafted by Junior’s party in an attempt to save some face. It had, after all, voted for the original law and its deputies led the campaign for the protection of people who were not repaying their loans.

In Kyproulla, people that refuse to honour the loan contracts they signed and do not repay their loans have the status of victims being persecuted by the greedy and evil banks that, quite unreasonably, want their money back and are ruthlessly resorting to the law in an effort to recover it so as to avoid bankruptcy.

It is very much a case of good versus evil, as the commie mouthpiece, Haravghi never tires of pointing out. “The policies of the banks are leading to mass foreclosures of the primary residence, while the government, with the veto of the law supports the banks instead of the borrowers,” it wrote a few days ago.

As always, it omitted to inform us the actual number of the mass foreclosures. If they were being done on a mass scale, I am sure it would have given the number.

THERE WOULD also have been more victims of the mass foreclosures demonstrating outside the legislature on Friday when the president’s veto was being discussed. There were probably more policemen than demonstrators representing the Movement Against Foreclosures and the Movement for the Protection of Borrowers.

Where were all the victims of the banks? The few that did show up held banners demanding ‘Cyprus without evictions’ and ‘Housing is a sacred right and not merchandise.’ The parties, with their idiotic populism have made people believe they have a sacred right not repay their loans on the house they are living in (primary residence), a right many are exercising to the full.

It is not only home-owners that parties want to protect, but also small businesses. ‘Professional premises’ are also protected against foreclosures, which, in effect, gives the business not repaying its loan an advantage over its competitor that is foolishly repaying it or paying rent.

That banks are often unreasonable and heavy-handed in the negotiations for restructuring of loans is probably correct, but like any business they are interested in the bottom line and not in pursuing socially sensitive policy. The bank that followed the socially sensitive business model, the co-op, is bankrupt, having left an €8 billion debt to the taxpayer – the only real victim of our caring and compassionate political parties.

ALL THIS is perfectly in line with our national mentality of never taking responsibility for our actions and decisions. It is not the fault of an individual if he took a loan that he could not repay because he wanted a house he could not afford or if he borrowed money to buy a flash car with no intention of paying it back. The banks were exclusively to blame.

The bank had a share of the blame for giving loans so easily, without bothering to check the borrower’s finances, but let’s face it, no bank ever dragged people off the street and put a gun to their head to force them to sign a housing loan. The so-called victim, ultimately, had a big say in the matter and the bank would not have sued him if he decided not take a loan.

In Kyproulla the problems we create are always blamed on someone else because we are the eternal victims of banks, roads, big business, Nato, Britain, the US, society, the weather, the police, the referee, the linesman etc.

SATURDAY marked 42 years since the death of Archbishop Makarios and to honour him Phil, which brown-nosed him daily and treated him as an infallible super-hero when he was living, offered a special publication “dedicated to his memory”.

This was plugged on the paper’s front page on Friday, saying it would feature “the announcement of the unyielding struggle against the Turkish invasion and occupation by the President of the Republic, Archbishop Makarios III, at the Monastery of the Holy Cross in Omodos on 14 September 1975.” This was a “preamble of the speech, of great significance, he made on 20 July 1977.”

I have not seen the actual publication, but I doubt there would be any article asking the obvious questions like where did the unyielding struggle (makrochronios agonas in Greek) get us, what has it achieved and for how many years was it supposed to run before being declared a colossal failure? If it were judged on results, not even Phil would be able to claim it as a success.

It has always been easier to judge Mak on his demagogic speeches than his actions which always resulted in abject failure. He failed to achieve his objective of enosis, he oversaw the collapse of the independent state and when he died 40% of the country he was given was under the control of Turkey. And 44 years since its announcement, the unyielding struggle has still not yielded a single positive result.

None of this is his fault of course. He just made the speeches of great significance.

ARGUABLY the biggest success of Mak’s unyielding struggle was rejecting any attempt to have the fenced area of Famagusta returned to its inhabitants. In 1978 its return was offered on condition we agreed to start negotiations on the American-Canadian settlement plan, but it was rejected by Mak’s successor the loony Spy Kyp because this would have ended the unyielding struggle.

It should be mentioned the rejection had the full support of Akel because this was the order it had received from its Soviet masters in the Kremlin who said it was a Western plan and therefore bad – an imperialist plot.

Now all the Famagustans, the majority of whom voted against the Annan plan that would have returned their town to Greek Cypriot control in 2004, are anxious because the Turks have said they planned to open the town and would recruit experts to advise them on its reconstruction. Nobody seems to connect this development to our preference for the unyielding struggle over a settlement that even Prez Nik has warmly embraced in the last few years. 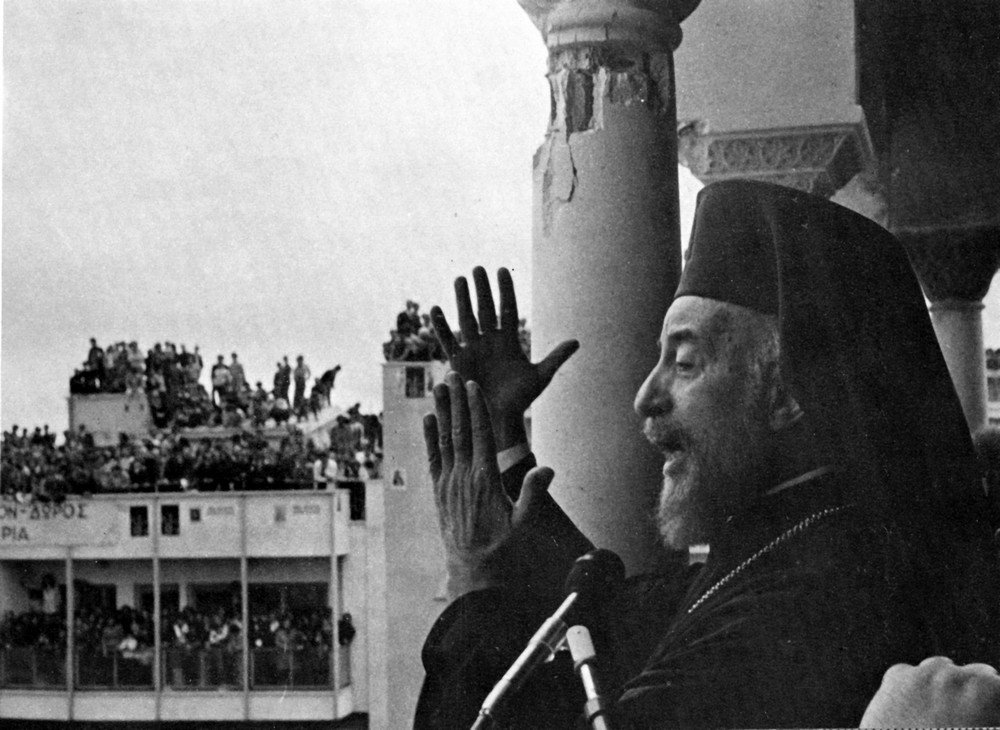 LAST SUNDAY, Politis infuriated Junior by mentioning how his dad had also rejected an offer for the return of Famagusta, made by the Denktator in 2003. In exchange, the under pressure Denktator wanted the lifting of restrictions on trade and transport, the setting up of a reconciliation committee and free movement.

Ethnarch Tassos rejected this because, as he said at the time, he wanted a settlement based on the Annan plan. Junior was livid, describing the article as “vile” on his Twitter account. Diko also issued an announcement, saying “for the nth time, the newspaper Politis operated as the mouthpiece of Turkish propaganda.”

The national council had unanimously rejected the proposal it explained, which meant the Ethnarch had no blame in the matter, as he did not when 76% of Greek Cypriots voted against the return of Famagusta, Morphou etc in April 2004.

ALL IS NOT lost however for Famagusta. The leader of the micky-mouse party, known as the Patriotic Movement, Christos Rotsas, an accountant-cum-liberator, had the answer which he posted on Facebook. It said:

“We call on the government to have the commando forces at readiness to enter the town. A military delegation should immediately go to Israel to purchase anti-tank missiles and the delivery of the important weaponry we recently ordered should be speeded up. We should convey to the Turks our determination, but also our ability to liberate Famagusta. They will understand we mean it only when we mean it. Only then will they pull back.”

Why had nobody else thought of this? Sometimes an accountant is needed to point out the bleeding obvious.

COMPETING with Rotsas on the ultra-patriotic stakes, the former commander of the air force Gavriel Demetriou, while calling for a the bolstering our defence, told Sigma TV that we should avoid going for Cyprus talks at places of high altitude.

“We go naked to mountain resorts” for negotiations on the Cyprus problem, because the brain does not work properly at high altitudes. It only works at 80% of its capability, which is the reason they invite to mountain resorts. The next time we should insist the venue of Cyprus negotiations should be on the plains, said Demetriou.

He had no explanation for all the decisions that our politicians take on the plains that suggest only 10 per cent of their brain capability is working. On the other hand, Makarios’ declaration of the unyielding struggle was made at a high altitude, in Omodos.

Our View: President running out of opportunities for Varosha