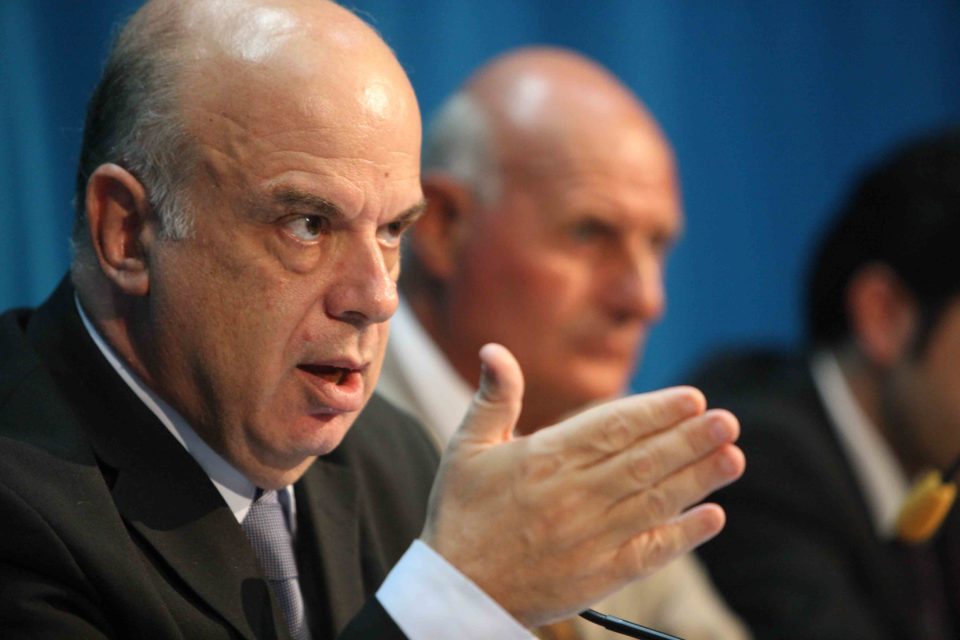 Unusually for very experienced counsel,Polys Polyviou chose the histrionic approach for which he later apologised.

The insult hurled at the attorney-general Costas Clerides recently by the well-known lawyer, Polys Polyviou, that he was a disgrace to the system of justice in Cyprus went beyond the usual cut and thrust of doing battle in court. Not to put too fine a point it was a gratuitous insult that should have been visited with a fine for contempt of court pour encourager les autres.

What happened was that the AG had submitted that Polyviou should not be allowed to address the court a second time as he was not entitled to a second bite at the cherry. The correct approach to an objection of that sort by the AG is first to accord him due deference and then seek the leave of the court to address it a second time giving reasons.

It happens sometimes that a fresh point has been raised in argument on which a party has not been heard, and although having the last word is important, exceptionally a party can be allowed to make further submissions, in line with the well-known principle of hearing the other side: audi alteram partem in Latin.

Unusually for experienced counsel, Polyviou chose the histrionic approach for which he later apologised. There is little doubt that he played the man, not the ball but was let off scot-free by a pusillanimous court of three judges who withdrew from the bench oblivious to the fact that abandoning the courtroom undermined the authority of the court and the AG.

Decorum is hugely important in court proceedings, not least towards the AG by dint of his office. He is after all the government’s independent legal adviser charged with the conduct of proceedings on behalf of the public and as such is entitled to be accorded hierarchical protection by the court in the performance of his role.

That said, you do not send counsel to the cells for the anything said or done in the conduct of their client’s defence. Not even for contempt in the face of the court against the AG.

The last time counsel was sent to the cells in England was by His Honour Gerald Butler QC, the resident judge at Southwark Crown Court, for disobedience to a ruling he made. The judge was criticised, rightly, for such a draconian step and relented. A fine would be my preferred option but even then only in extreme cases.

On any view calling the AG a disgrace to the administration of justice is an extreme case. The two lawyers had crossed swords before in the context of a ruling of the Supreme Court by a 2-1 majority that the AG thought was so obviously wrong, it had the appearance of bias.

They come from two well-known legal families in Nicosia. The attorney-general had previously been a Supreme Court judge. His father was the late Lefkos Clerides, probably the best barrister of his generation, and his great-uncle was John Clerides KC, Cyprus’ most distinguished lawyer before independence in 1960.

Polys Polyviou was an Oxford don before he returned to Cyprus to join the family firm that has been in practice since the beginning of the last century. He has been a lawyer to the rich and famous as well to big institutions like the Bank of Cyprus.

Occasionally he has been called upon to advise successive governments on aspects of the Cyprus problem and accompanied the Greek Cypriot team to Crans-Montana in 2017.

I have never heard anything so crude and vulgar. He is a disgrace to the church. No one has the right to express views that incite hatred of people on account of their sexual orientation, let alone hatred of their mothers for sexual conduct imputed to them that most would find repulsive. No one has the right to insult gay men and their parents like that and get away with, and I was pleased to read in the Cyprus Mail that the AG is on the case. It goes to show how difficult his task is and how important it is that his office is protected by the courts from scurrilous allegations that lower him and his office in the estimation of the public.

It is not as well known as it should be that under human rights law the right to freedom of expression is not an absolute right. Freedom of speech, which is an integral part of freedom of expression, is a qualified right that may be subject to restrictions and penalties to protect the rights of others including their private and family lives.

The bishop of Morphou had absolutely no right to make such ex-cathedra statement about gay men and the sexual predilections of their parents. These things are not only private, but they are also sacred. Whether he has breached the criminal law against incitement to hatred of gay men and their mothers is of course for the attorney-general and the courts.

In private law, there are respectable arguments for saying that his homily was defamatory of most mothers who are alive whose sons are known to be gay.