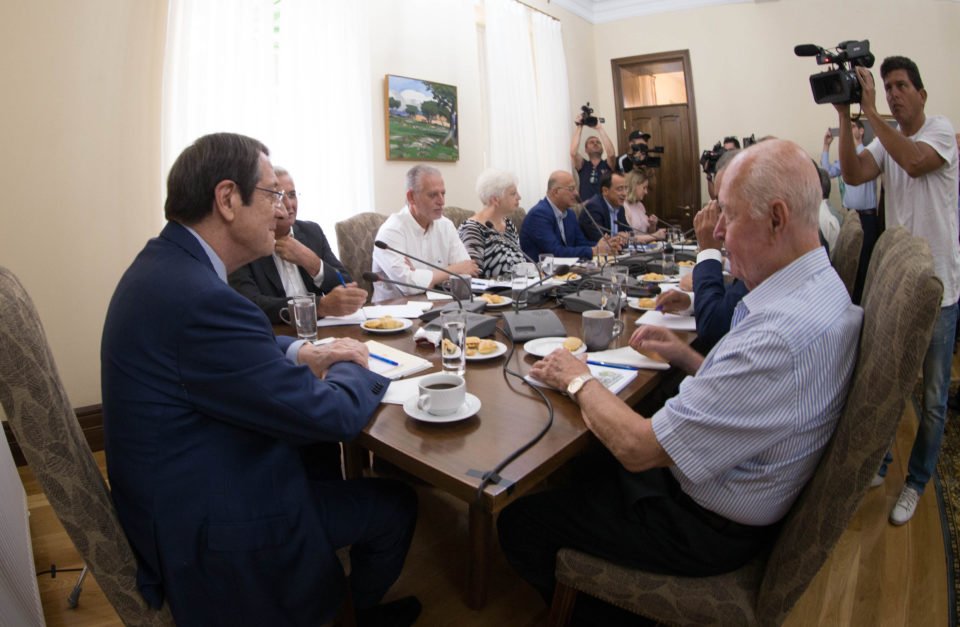 President Nicos Anastasiades was on Monday briefing political party leaders ahead of his meeting with the Turkish Cypriot leader Mustafa Akinci on August 9.

The political party leaders council was taking place at the presidential residence in Troodos.
Government spokesman, Prodromos Prodromou, said Anastasiades “will brief the political leaders on his approach for the resumption of negotiations from the point they wrapped up in Crans Montana in July 2017.

He said Anastasiades would listen to the political leaders’ positions and suggestions because the aim must be to address Turkey`s delaying tactics and Ankara’s effort to discuss other issues rather than the six parameters of the UN Secretary-General`s framework.