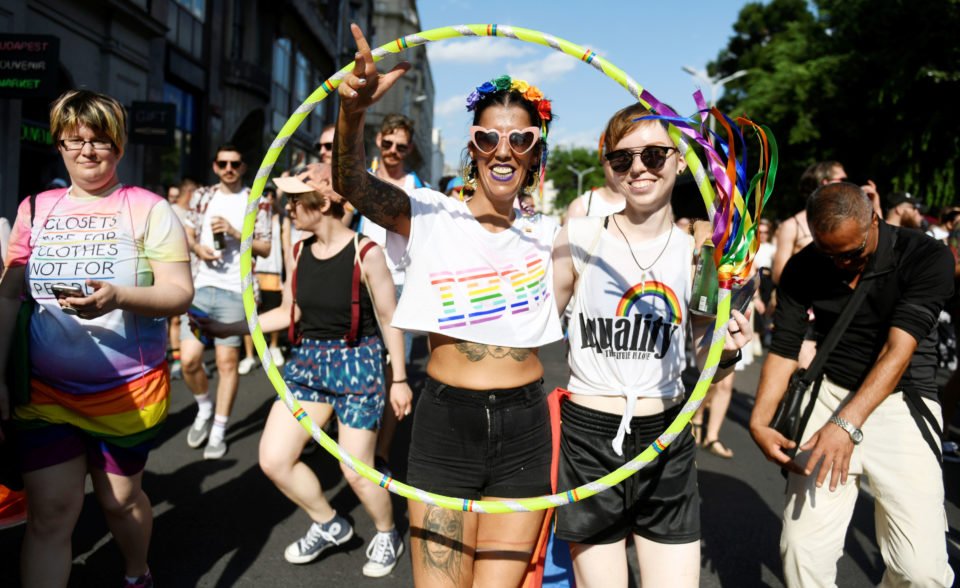 Advertisements by Coca-Cola around a music festival in Hungary that promote gay acceptance have prompted a boycott call from a senior member of the conservative ruling party.

The posters, in tandem with the week-long “Love Revolution” event starting on Wednesday in Budapest, show gay people and couples smiling with slogans like “zero sugar, zero prejudice”.

That has irked some supporters of Viktor Orban’s nationalist Fidesz party, which supports a prohibition of same-sex marriage.

On Sunday, Fidesz’s deputy speaker Istvan Boldog called for a boycott of Coca-Cola products during its “provocative” campaign.

“The homosexual lobby is laying siege to Budapest, leaving no space to avoid this,” complained one, Pesti Sracok.

Coca-Cola said on Monday the Sziget festival, expected to draw more than half a million people, echoes core principles of the U.S. multinational. “We believe both hetero- and homosexuals have the right to love the person they want the way they want,” it said in a statement.

Tamas Dombos, an advocate with the Hatter gay rights group, said the government was homophobic but also aware of society’s growing acceptance of gay lifestyles.

“We have a feeling they are testing people in this subject,” he told Reuters. “The entire government propaganda is built on conflict, and they need enemies. After the EU, migrants, NGOs and even the homeless, now it may be LGBTQ people.”

“Sometimes it’s hard to dissect whether it’s a political strategy or just an inherent real homophobe getting mad at something like Coke’s campaign.”

According to a 2018 Hatter study, nearly two-thirds of Hungarians believe gay people should be free to live as they please, up from less than half in 2002.

Gay rights have caused more of a stir in Poland, where ruling right-wing Law and Justice (PiS) party, a Fidesz ally, has launched an anti-gay campaign in an apparent attempt to re-energise its mainly rural base. One conservative magazine distributed “LGBT-free zone” stickers and some towns have declared themselves “LGBT-free”.

In Hungary, the parliament speaker this year said gay adoption was tantamount to “paedophilia in a moral sense”.

Orban has rarely addressed the issue head on, though in a 2016 interview he said gay people “can do what they want but cannot get their marriages recognised by the state… An apple cannot ask to be called a pear.”

Go Trendy or Classic with garden furniture from JYSK

Are carbs the enemy?